Sometimes, the right shot requires a beautifully minimalistic approach that subtly tugs on the heart strings… other times, you throw the freaking kitchen sink at it and come out with something that defies adjectives. The video above falls into the latter category.

Created by director Frank Sauer with some help from freerunners Max Bawey, Henrik Dymke, Elvis Jung and Eric Terrey, the video combines slow motion footage and an amazing use of light with epic stunts performed among smoke grenades and loads of colored powder.

Slow motion footage of flips and jumps are joined by drone shots and explosions of color, all set in abandoned buildings that Sauer and his talent had to hunt down in the abandoned suburbs of Berlin. 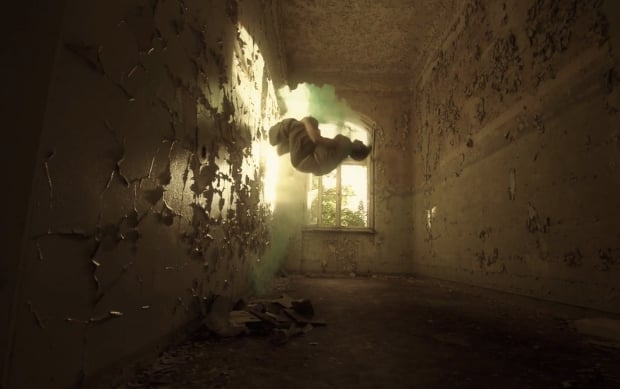 Of course, capturing footage like this in abandoned buildings involves some risk, and we’re not talking about the risk of falling off a building… although that’s certainly there too. We’re talking about police.

“[The] days were packed with thrilling moments of spectacular runs and tricks,” writes Sauer. “But also, getting chased by ghost hunters at midnight, and getting arrested by the police while shooting a drone shot with smoke grenades on top of the tallest building in the area. Obviously not a good idea!”

A Kind of You: Disturbing Portraits of Street Performing Monkeys in Jakarta