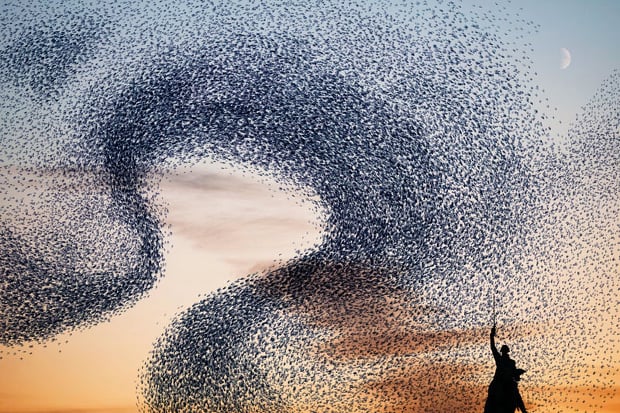 There are a few good reasons why you should go about getting in touch with a photographer before using his or her work. Even if they’re okay with blogs and news outlets pick up the work without their permission (not saying they should be, but some are) you might be missing some critically important information about the series.

Such is the case with artist Alain Delorme‘s series “Murmurations,” because these photographs that circulated the web initially as beautiful captures of starling flocks (better known as murmurations) in amazing shapes aren’t actually photos of birds at all… the images are manipulations comprising of thousands of plastic bags made to look like starling murmurations.

When we got in touch with Delorme to ask permission to share his photographs, this is the reply we received:

This series is actually an artistic work, not a documentary one. I play with the murmuration’s popular imagery and manipulated it digitally to better question our consumer society.

From far away you imagine starlings flying at sunset, but if you got closer you would realize that I have actually digitally assembled thousands of plastic bags. These “Murmurations” suddenly become “Ephemeral Plastic Sculptures” and their beautiful, almost calligraphic shape, a threat, hiding our horizon… and polluting our dreams?

Here’s a look at the series: 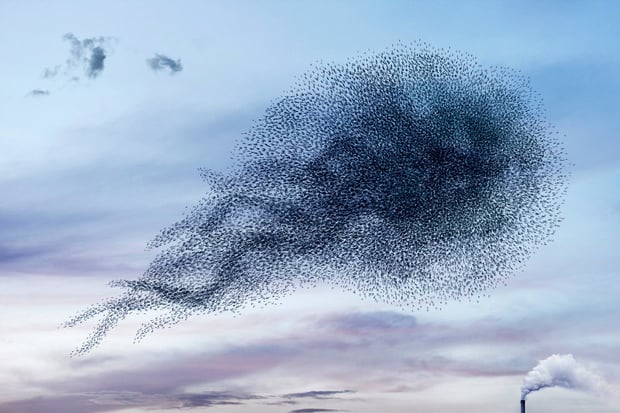 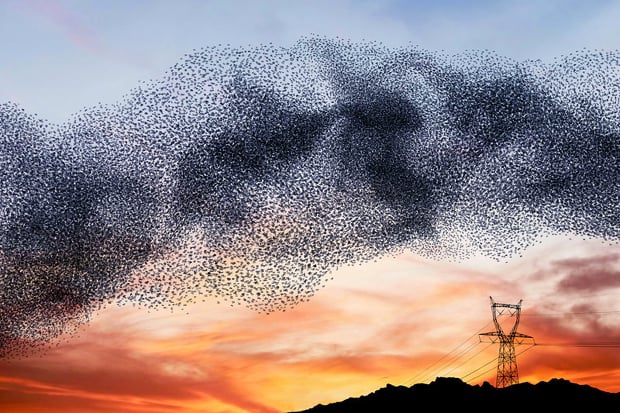 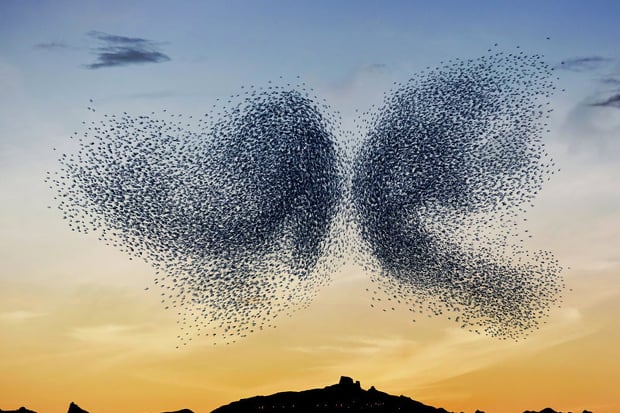 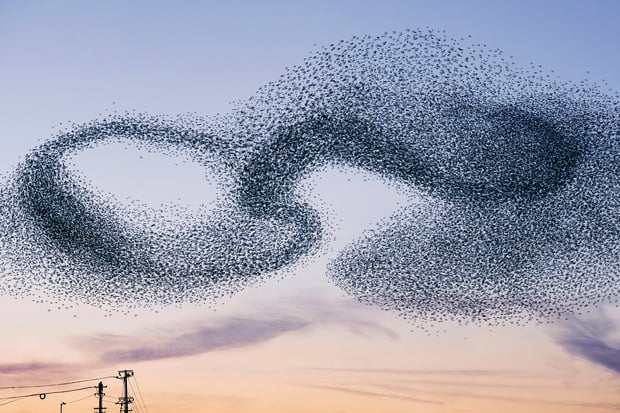 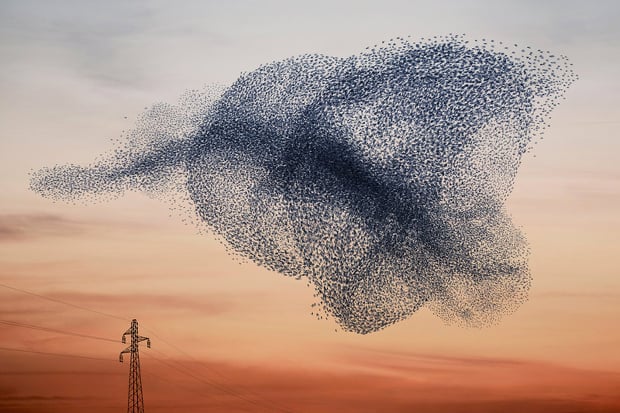 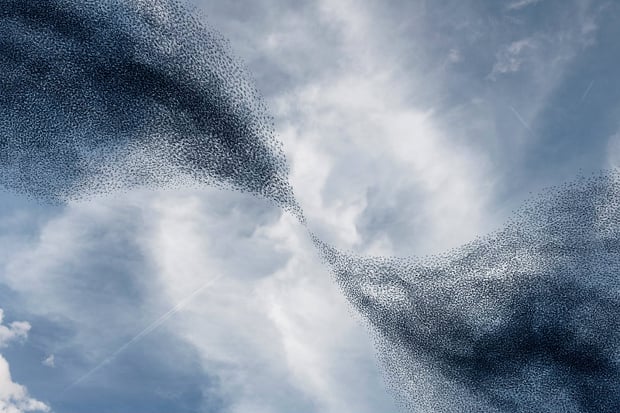 “The context of the images is only hinted at, without explicit geographic positioning. The outline of our proud industrial societies, factory chimneys and power lines stand out as shadows playing against a sky that is bathed in a twilight that seems to announce the end of an era,” explains photography historian Raphaële Bertho in the series’ statement.

Real or not, this is in fact what happens when a starling murmuration performs its beautiful “Bird Ballet,” which is actually the title of an incredible viral video we shared earlier this year that captured the birds in action. It is, in a word, mesmerizing:

For more from Mr. Delorme, be sure to head over to his website and browse his entire portfolio. And if you’re the curious type who would like to find out more about starling murmurations and how or why they do what they do, you can do so at this link.

Image credits: Images by Alain Delorme and used with permission.