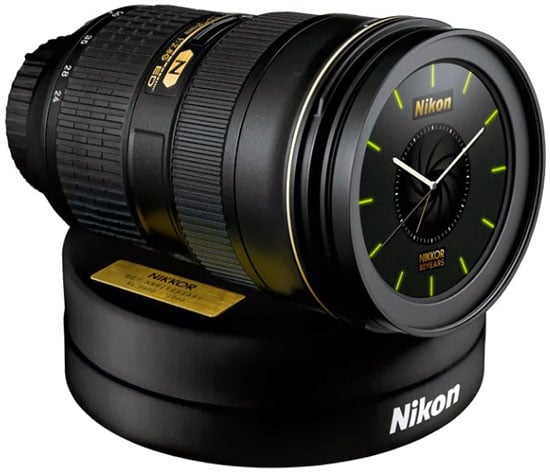 We’ve seen all manner of household items take on the shape of your favorite lens (think mugs, humidifiers and portable speakers), but this is the first time we’ve seen a full-fledged alarm clock lens. And what’s more, this Nikkor-inspired clock is being made and given away by Nikon itself!

Now, before you get excited, only people in Japan are currently eligible to win one of these puppies; but given the amount of attention it’s getting online we wouldn’t be surprised if Nikon eventually released something similar in the rest of the world. 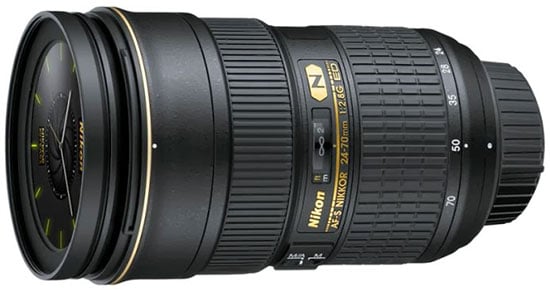 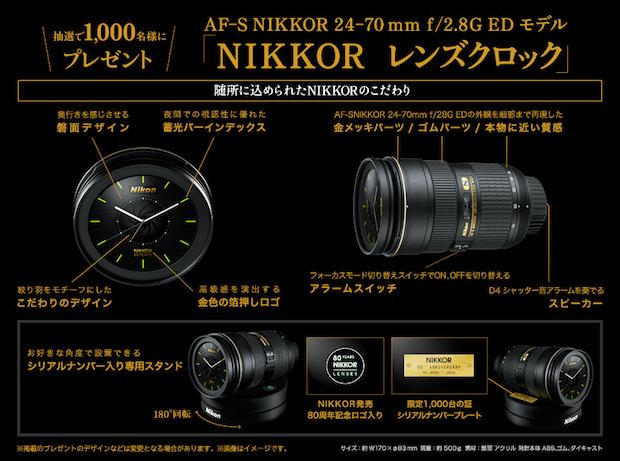 The alarm clock, which is modelled after a Nikkor 24-70mm f/2.8 lens, is part of a giveaway by Nikon Japan to anybody who can prove they purchased any number of Nikkor lenses. But this isn’t just another novelty item shaped like a lens, Nikon went further than that.

When it’s time to wake up for the day, the clock will rouse you using the sound of the Nikon’s D4 shutter — it’ll sound like this. By the looks of it, turning off the alarm involves flipping the AF to MF switch.

At the beginning of the year Nikkor celebrated its 80th birthday, and if Google Translate can be trusted this is the final piece of celebration Nikon is putting together in honor of that landmark. To learn more about the giveaway and the lens, head over to the Nikon Japan website by clicking here (translated here).