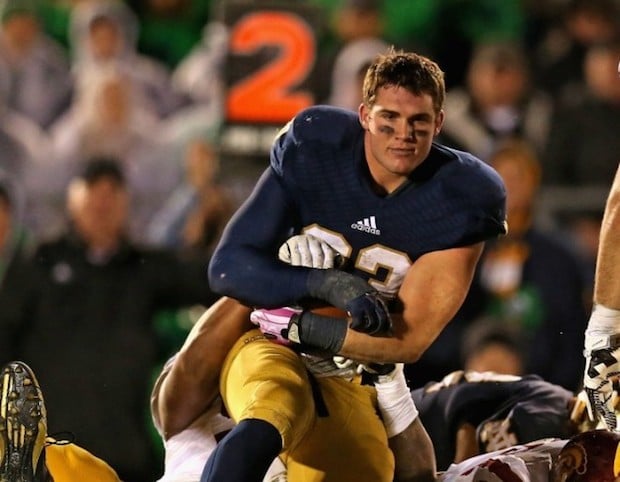 Hey, sometimes you’re just in the right place at the right, sexylicious time. That’s about the extent of the explanation Notre Dame running back Cam McDaniel gave for a ridiculously attractive viral shot of him from last week’s USC game that looks more like an Old Spice ad than a candid sports moment.

McDaniel appeared on NBC’s Today show Friday mainly to discuss the photo, which was snapped by Getty Images’ Jonathan Daniel. It shows a helmetless McDaniel staring into the camera with a perfect half-smile and enough charm to make the image a viral sensation.

And inspire a slew of social media memes, such as:

McDaniel told the Today crew the photo was legit. “Was this staged?” he asked rhetorically “As far as I know, it’s a real photo.” The running back also noted (as, we imagine, he has had to do many times this past week) that he’s happily engaged.

For the record, McDaniel also played pretty good football against USC — 18 carries for 92 yards rushing. And that’s not counting the difficulty multiplier for maintaining perfect hair.

(via USA Today and The Los Angeles Times)

Shooting an Epic Time Travel Composite Photo on the Cheap