After several Egyptian secret police buildings were raided recently by protestors, Egyptian blogger Hossam (AKA 3arabawy) stayed awake for two days organizing and uploading photographs of members of Egypt’s secret police who have been accused of brutality and torture. The problem was, Hossam was uploading the images to Flickr, and Flickr wasn’t happy about the fact that he didn’t shoot them. Flickr soon vaporized the photographs and emailed him a warning for copyright violation. 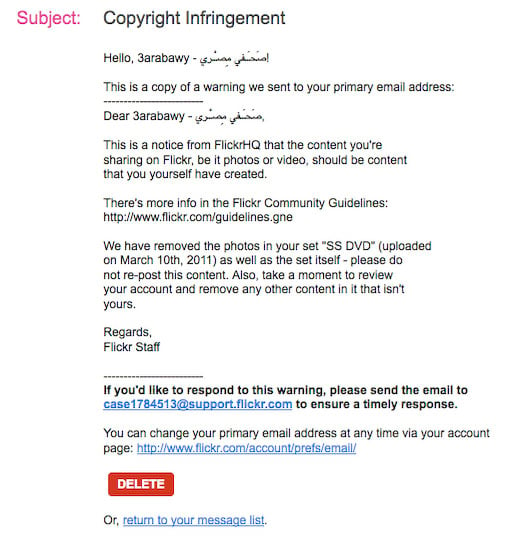 Needless to say, Hossam wasn’t too happy about this, turning to his Twitter account to vent his frustration. He was soon contacted by an account that apparently belongs to Anonymous, who offered their assistance in exchange for the photographs:

So… if Flickr goes down sometime soon, you’ll know why.