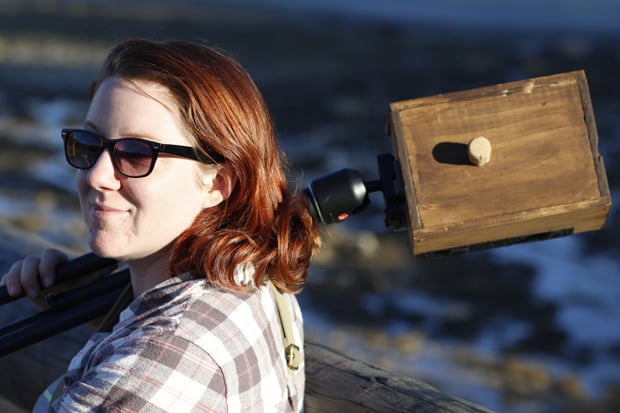 For most photographers, names like “Yosemite” and “Yellowstone” likely conjure impeccably detailed images in the Ansel Adams tradition. San Francisco photographer Ashley Erin Somers, however, thinks there’s something to be said for a more low-fi aesthetic.

She’s started a project to photograph some of the biggest attractions in the National Park system with a homemade pinhole camera, with the end goal being to produce a fine-art photography book documenting her work.

Somers hopes to raise $10,000 via Kickstarter to fund the project, after already doing productive shoots in Yosemite, Yellowstone and a few other parks.

Somers acknowledges on her Kickstarter page that these locations are already abundantly documented, but she hopes her aesthetic will prompt viewers to see — and treasure — the parks in a new way.

“This isn’t just a photo book for others to look at,” she writes. “It is an example of what you can do with our nation’s parkland. You can be inspired to create art, write novels, dance, or just meditate on their beauty.”

Somers hopes to start the trip in a few weeks and have the book ready by Christmas. She’s currently about a third of the way to her fundraising goal, with 10 days left to raise some $6,750.

If you want to find out more about her trip, or pledge $100 to get your hands on a signed, 8×10-inch hard-cover copy of the photo book, head over to the Kickstarter campaign by clicking here.