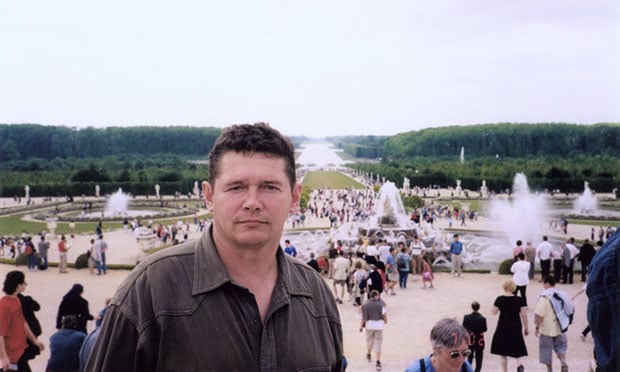 Collecting vintage equipment isn’t an uncommon hobby among photography and camera enthusiasts, but it is one that has apparently gotten one Ukrainian man in trouble with the law. A well-known collector and dealer named Alexandr Komarov (seen above) was recently arrested for possessing decades-old Soviet spy cameras, and now faces up to 7 years in prison for the offense.

Komarov was arrested earlier this month in the Eastern Ukraine city of Donetsk for possessing two F-21 cameras (also known as the Ajax-12) made by the Krasnogorsk Mechanical Factory. Although these cameras were created in the mid-1900s, the Criminal Code of Ukraine (specifically article 359) continues to classify them as illegal contraband and a means of espionage.

The law states that the transportation and trade of this equipment is punishable by up to 7 years in prison. Although most of the laws do not appear to apply to Komarov and his cameras, charges are still being brought against him.

The F-21 is a well-known Soviet half-frame camera that’s designed specifically for concealed (spy) purposes. It was produced from 1951 through the mid-1990s, and can shoot an entire roll of film after being wound up a single time. 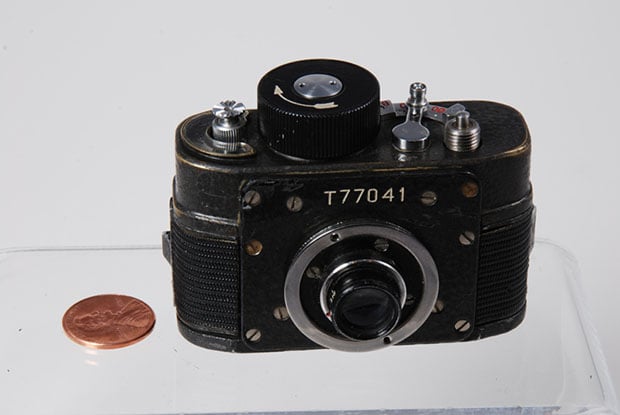 An anonymous source familiar with this case tells us that what’s “mind-boggling” is the fact that the F-21 is “technically identical” to the Zenit MF-1, an $800 camera that can be freely purchased around the world from Lomography.

“All Ukrainian collectors are the criminals if they possess” cameras such as the F-21, writes Komarov in a note posted to his website. “This law does not differentiate the modern and the out-of-date media,” and cameras produced half a century ago are still “considered as a spying media [sic].”

Komarov is scheduled for a court hearing on Tuesday of next week, and sympathetic camera collectors across the Web are currently trying to draw attention to Komarov’s case and get the story out to the world.

Image credits: Photographs of the F-21 courtesy of USSRPhoto

Want to Create Steam for a Food Shoot? Try Microwaving a Tampon