Short and sweet, the video above is also impressive. Although it might seem banal enough — what’s so special about a video of the moon going through a full rotation? — what you’re looking at is a super-high resolution time-lapse that shows all of the Moon, including the part that’s never visible from Earth. And it was all made possible by NASA’s Lunar Reconnaissance Orbiter.

The LRO’s onboard camera (aptly named the LRO Camera, or LROC) is actually equipped with several cameras. One of those is the WAC, or wide angle camera, which offers a 90-degree field of view in monochrome, and 60-degree in multispectral mode. 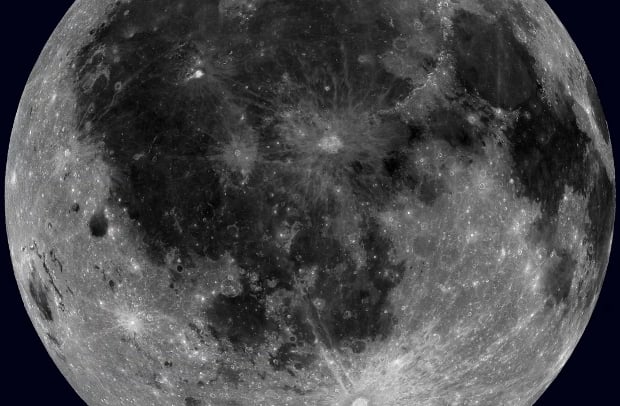 Using mosaics created from photos taken by this camera over the course of many orbits — along with some complex calculations regarding the angle of the Sun and reflectance which we won’t even begin to start thinking about considering explaining (read about those here) — orbiter team members at the German Aerospace Center (DLR) put together this spectacular HD rotation movie.

Not only does Colossal’s Christopher Jobson claim it’s the highest-resolution video of the Moon rotating ever made, the other incredible thing about this video is that you get to see a part of the Moon that you can never see from Earth — the 41% of surface known as the far side (often erroneously called the “dark side”).

The YouTube video at the top is impressive enough, but if you really want to get the full effect, watch the movie on the LROC website. And if you still haven’t gotten enough moon imagery by the end of that, check out some of the LROC’s high-res photo mosaics here.