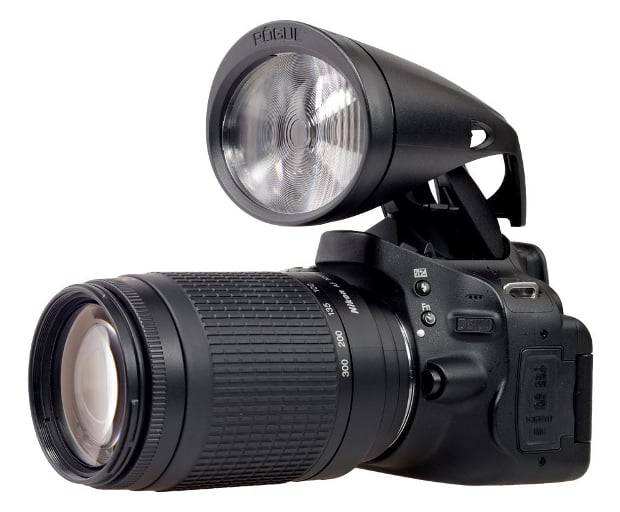 ExpoImaging has just announced a new DSLR attachment for the amateur photographer who wants better flash capability, but doesn’t feel the need to buy an external flash. It’s called the Rogue Safari Pop-Up Flash Booster, and once mounted to your Canon or Nikon SLR, it promises to provide up to 8x more light and a lot more range from your less-than-capable pop-up flash.

The Flash Booster is meant to be used with lenses that are 100mm and longer. Once mounted, the lens on the front of the booster will concentrate the light from your flash and allow you to light up subject at much greater distances than your pop-up flash could reach.

This before and after was taken from 60 feet away with and without the booster attached: 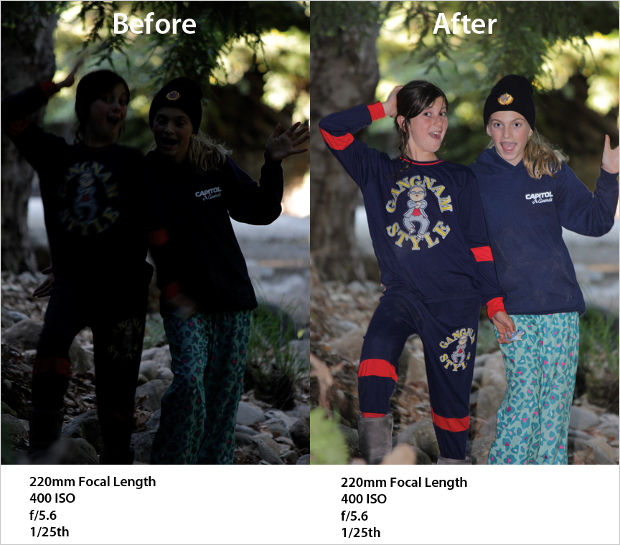 “Using the Rogue Safari Pop-Up Flash Booster, it’s possible to light a subject at significantly greater distances, in some cases as far as 60-70 feet away,” says ExpoImaging CEO Erik Sowder. “That extra light can make the difference between a sharp image with good color, and a dark, underexposed missed opportunity.”

ExpoImaging is claiming that the booster can put out “as much light as a $500 flash accessory,” for a tiny fraction of the cost. We’re not sure that’s entirely true, but we’ll let you be the judge. For his part, Sowder promises “you’ll be amazed at the amount of light you get from your pop-up flash with the Rogue Safari.” 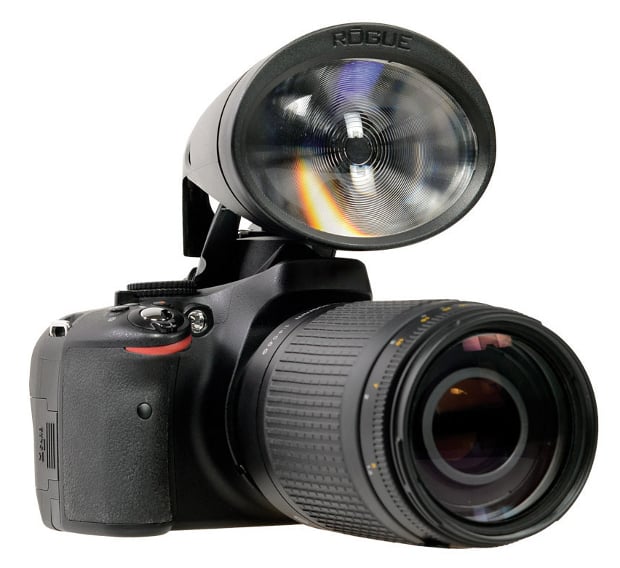 To learn more about the Rogue Safari Pop-Up Flash Booster, head over to the Rogue Safari website by clicking here. The booster is compatible with Canon APS-C and Nikon DX format cameras, and is already available for purchase at the aforementioned website for $35.

There is No Such Thing as a Perfect Lens