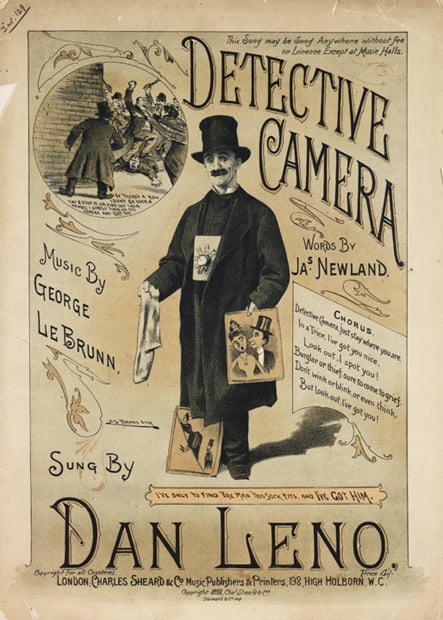 It’s more or less a given these days that cameras are everywhere and privacy is a quaint notion from the past. But it turns out that people were already starting to feel that way in the 1880s, when advancing technology allowed the production of cameras small and fast enough to be hidden by the user and produce shots of unprecedented candidness.

Called “detective cameras” at the time, as chronicled by the National Media Museum, these models utilized relatively speedy gelatine dry plates and ranged from basic handheld box cameras — remarkable at the time for their modest size and lack of tripod — to more elaborate models that disguised the camera inside a book or hat. 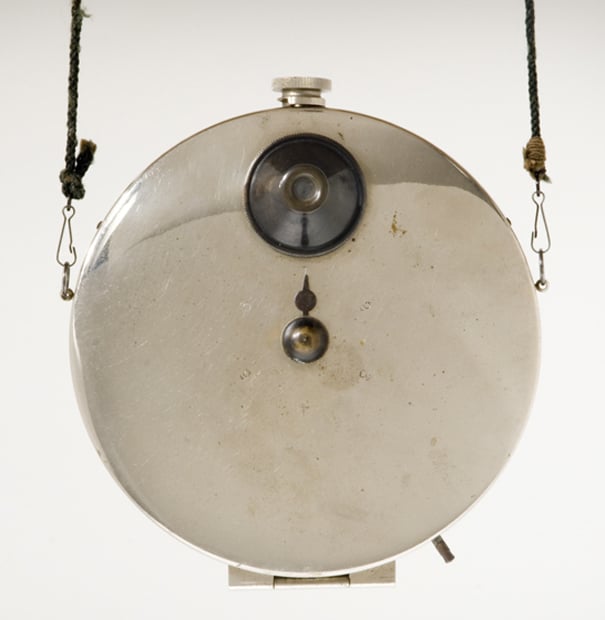 The most famous model of detective camera arrived in 1886, when American photography buff Robert Gray developed a circular camera, 6 inches in diameter, designed to be strapped from the user’s neck and concealed inside a waistcoat or vest. The lens would poke through the front, disguised to look like a button.

Images were recorded on a circular glass plate that held six round images 4mm in diameter. The plate was rotated by a knob on the front to set up the next shot, and a string on the bottom released the shutter.

Gray and his American partners failed to capitalize on the idea, but German industrialist Carl Stirn did quite well after buying the patent from Gray. C.P. Stirn’s Patented Concealed Vest Camera sold more than 18,000 units. (Note to steampunkers overcome with gadget lust: good-condition models have sold for $500-$1,200 at recent auctions.)

Stirn’s camera helped turn candid, surreptitious photography into something of a Victorian craze, prompting reactions ranging from amusement to outright disgust. The contemporary attitude was summed up in “Detective Camera,” a modestly popular song at the time that registered the advent of a peculiar new fad. Here are a few of the lyrics:

Don’t wink or blink, or even think, but just stay where you are,
I’ll introduce myself to you — detective camera.
No matter what you do or say, I’ve got you on the spot,
A house on fire’s very warm, you’ll find me twice as hot.

With a little imagination, it’s not hard to see an unbroken (if twisty) line from there to social media oversharing and Lamar Odom’s anti-paparazzi boomstick.

Did ABC Pull These Horrible ‘Once Upon a Time’ Promo Photos?