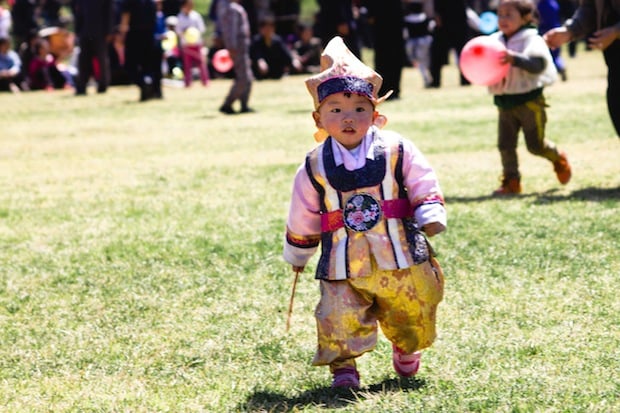 We’ve had precious few chances to get a glimpse into the secretive country of North Korea. With the exception of a few AP photographers working out of the DPRK who have taken to Instagram to share their work, photos of the people of North Korea are rare. It’s not like your friends’ Flickr streams often fill up with photos from their recent North Korean vacation.

That’s exactly why Stockholm-based photographer Simon Röder wanted so badly to go there. And after some planning and a few obstacles, the street photographer was able to turn the trip into a reality, and come back with the photos to prove it. 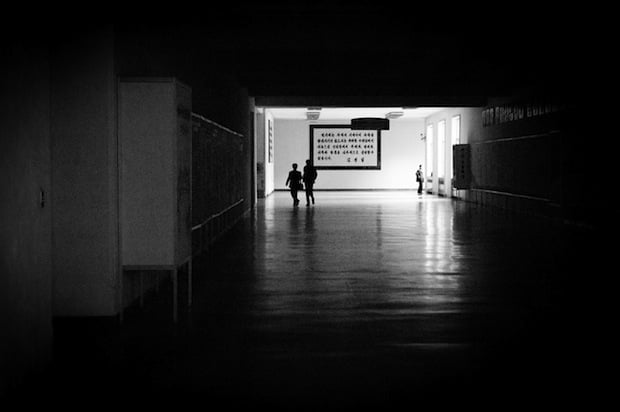 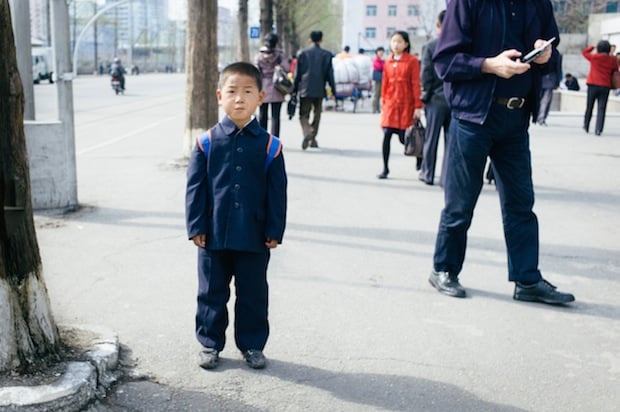 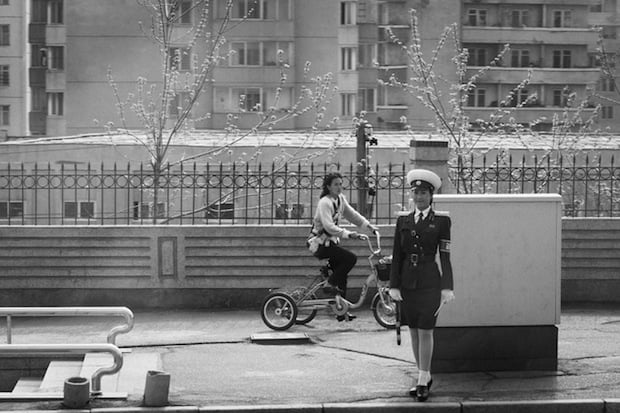 Röder is a 20-year-old who has been experimenting with street photography for the past 2 years, and ever since he got his first full-time job, he’s been saving up for a dedicated photography trip.

“I wanted to travel to some secret place and capture everyday life,” he told us over email. “I had earlier watched some documentaries about trips to North Korea, and thought, ‘Hey, why shouldn’t I try to go there?’ It seems like an interesting and uncommon place to visit.” 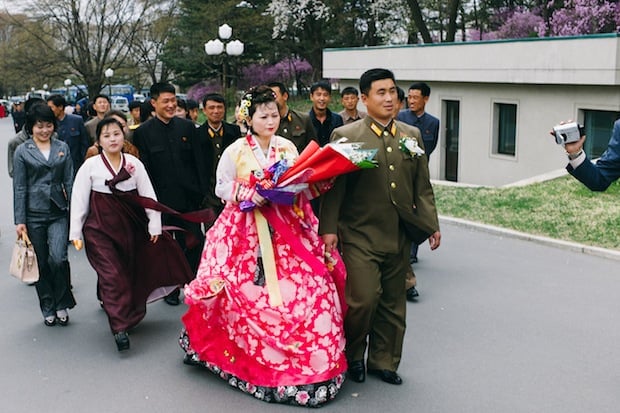 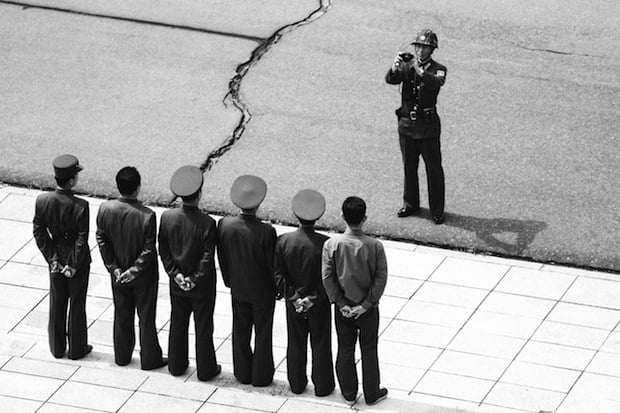 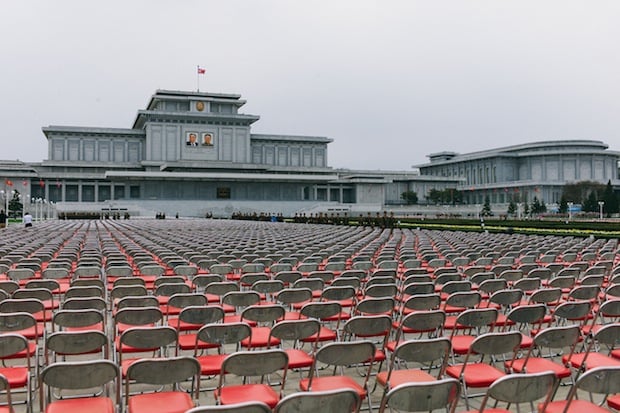 As you might have guessed, once he landed in North Korea, there were several challenges to getting the shots he wanted to get:

I knew that there would be some restrictions with where and when I could take photos. I was allowed to bring one camera with me, but on the spot the guides had some pretty odd rules. One thing that occurred several times was that I was only allowed to shoot in one direction — for example: only to the West, not East — even though there wasn’t anything weird in the “wrong” direction.

Additionally, the guides would often keep him moving at a very fast pace, which made missing crucial moments all that much easier. “I had the be present to the moment all the time,” says Röder. “If I saw something interesting, it was almost already too late to take a shot.” 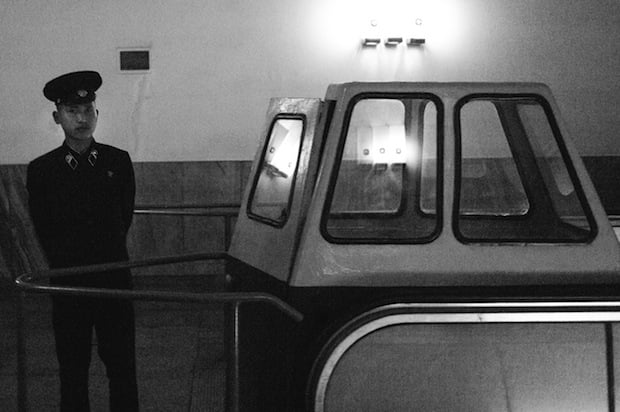 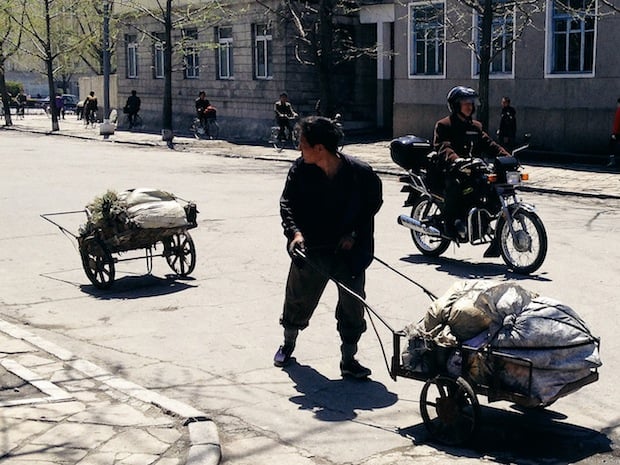 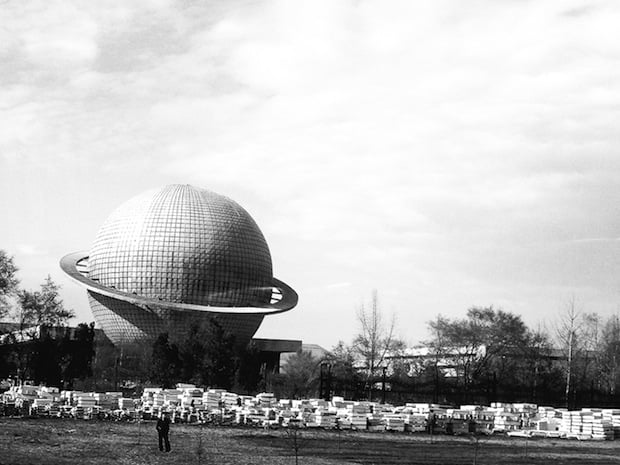 Since his entire visit was planned by the North Korean government, he was concerned that he might end up having some of his photos deleted at the end of the visit, and he was right. At one point, one of the guides looked through his images and had him delete random ones for no reason at all.

Fortunately, he had planned for this ahead of time. When he came into the country, he brought a solid state hard drive with him, telling the guards at the security gates that it was an MP3 player. The drive was equipped with a memory card slot, so he was able to back up his photos and wound up arriving back in Sweden with every one of his shots.

“I had to take my own risks to do something outside the box,” explains Röder. “[And] I’m very glad I did, since otherwise I wouldn’t have ended up with the types of images that I wanted.” 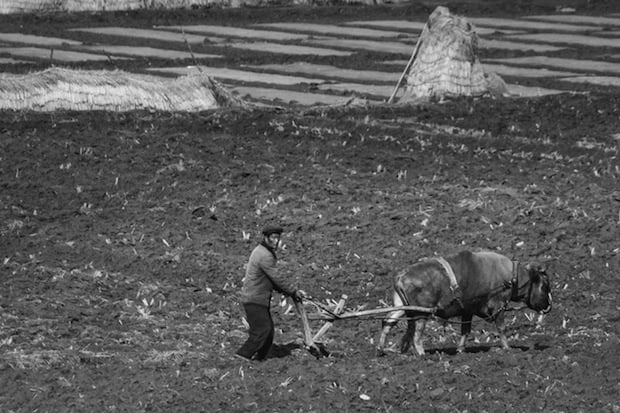 Because he took that risk, he did wind up capturing the kinds of images he wanted. Photos that show the people of North Korea going about their lives … lives that are much the same for them as they are for people in other parts of the world.

To see more of Röder’s photos from his trip, or follow him as he continues taking street photos back in Sweden, be sure to follow him on Instagram by clicking here.

Image credits: Photographs by Simon Röder and used with permission.