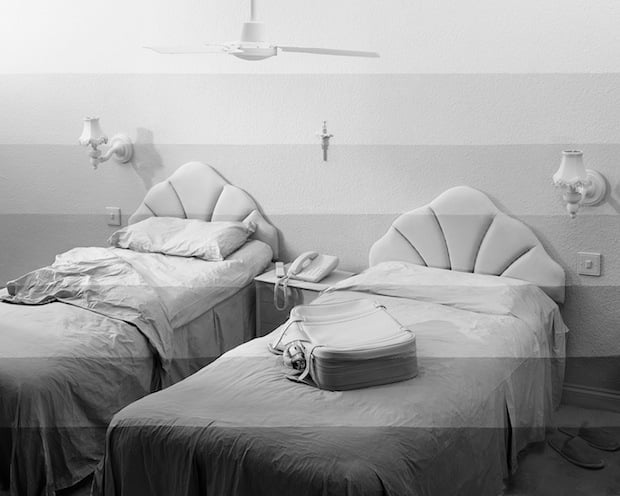 At first glance, these photos by London-based photographer Benedict Morgan don’t seem like anything special. That is, until you find out that what you’re looking at hasn’t been touched by Photoshop at all.

That’s right, the photo at the top and the image below both came out this way in-camera after Morgan and his team spent hours painstakingly painting the set to create the gray stripes. The series is called Painted Stripes, and in an interview with It’s Nice That, Morgan explained his inspiration:

The idea came from the process you do in the dark room when exposing different sections of the test strip to get the correct exposure. You end up with a striped image, each stripe darker than the next.

So in these works instead of each line being exposed differently, they have been painted with different tones of grey. To achieve the test strip effect, the lines needed to be perfectly straight, so they were painted in perspective over the set giving the illusion that they are different levels of exposure. 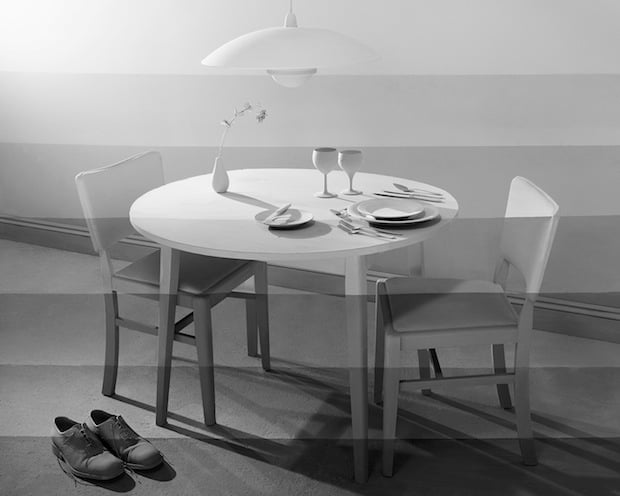 As you might imagine, getting the painting right was no easy task — which is part of the reason there are only two photos in the series. When we asked him about his methods, he explained how he managed to get the lines so straight.

[The method] involv[ed] a lot of masking tape and mixing different tones of grey. The way to achieve the straight lines in perspective first involves the camera being in the correct position.

By using a large format 5×4 camera, I was able to take off the digital back and stick a piece of acetate with black lines on to the ground glass. Then by shining a 1k light though the camera it projected the lines perfectly over the set giving a guide to work when painting.

Here’s a behind the scenes photo that shows the hotel room scene from a little further out: 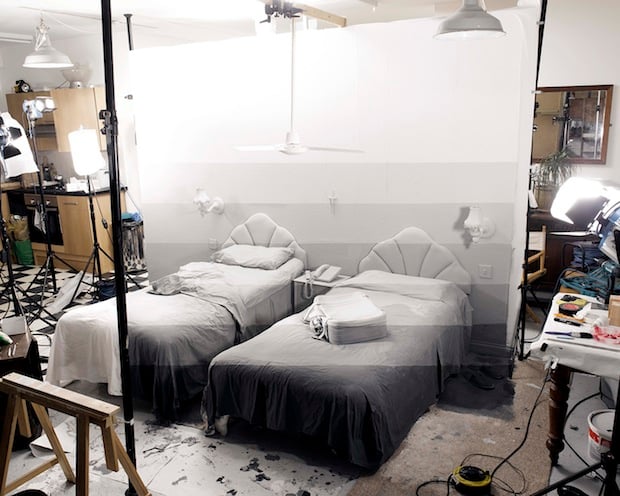 These kinds of images are Morgan’s strong suit. His entire portfolio (which we highly recommend you check out) is filled with similar work — sometimes surreal, often geometric, and always very structured and clean.

To see more of Morgan’s work, head over to his website by clicking here.

(via It’s Nice That)

Image credits: Photographs by Benedict Morgan and used with permission.

Pixy: A Low Cost Camera that Recognizes and Follows Objects by Color