San Francisco-based interactive artist and freelance creative Ivan Cash recently had a neat idea: go out on the streets of San Francisco and ask random people to share the story behind the most recent photo on their phone (note: there is one racy photo and a few curse words dropped by some of the interviewees).

What resulted was a series of stories that ranged from the banal, to the touching, to the incredible. One person shared a photo of his van engulfed in flames in a parking lot, another a photo of her husband’s gravestone she and her children had visited recently, and one man refused to share his photo — apparently it showed his recent one-night-stand turned stalker. 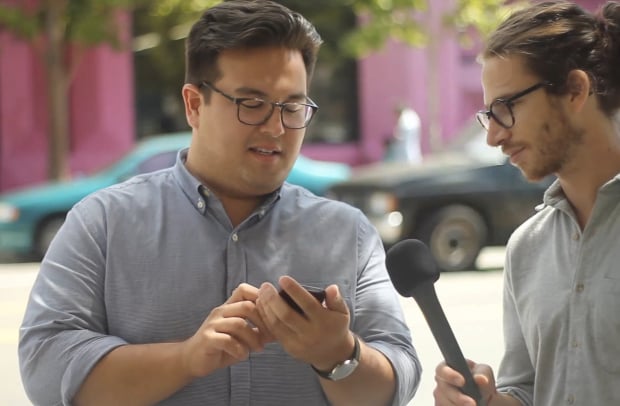 As you can tell from that little taste, the stories are as varied as the people of the city of San Francisco.

Cash’s stated goal is to “make social projects that deepen human connection and inspire radical engagement,” and to that end he’s been very successful. His work has been featured on CNN as well as in TIME, The Wall Street Journal, Fast Company and Juxtapoz.

To see more from Cash — including a similar video in which he asks strangers to share what they’re texting about at that very moment — head over to his website or check out his Vimeo channel by following the corresponding links.

The Joys of Instant Photography