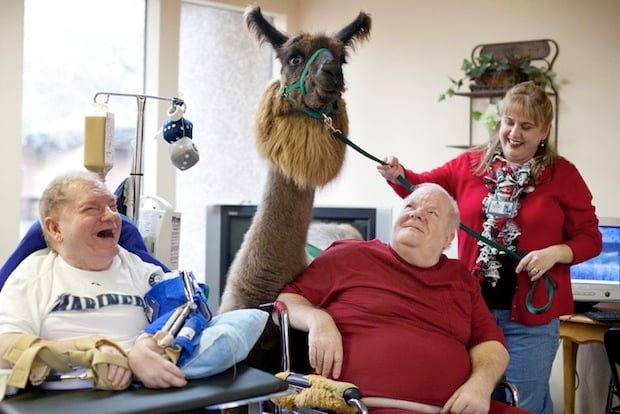 Last year, Berlin-based photographer Jen Osborne got a chance to photograph some therapy animals who were brought in to help cheer up the patients at the Bellingham Health and Rehabilitation Center in Washington.

That in and of itself would be pretty cool, but what made this assignment all the more interesting was the animals she was asked to photograph: two therapy Llamas that go by the names of Marisco and N.H. Flight of the Eagle.

Osborne was commissioned to shoot the strange assignment for COLORS Magazine‘s Happiness Issue back in January of 2012, and she readily admits she thought nothing of it. “It seems normal to be surrounding old people with strange, beautiful animals,” she tells Slate.

The resulting photos have now been compiled into a series called Llama Love, which wonderfully captures the joy that these animals brought to the center’s patients: 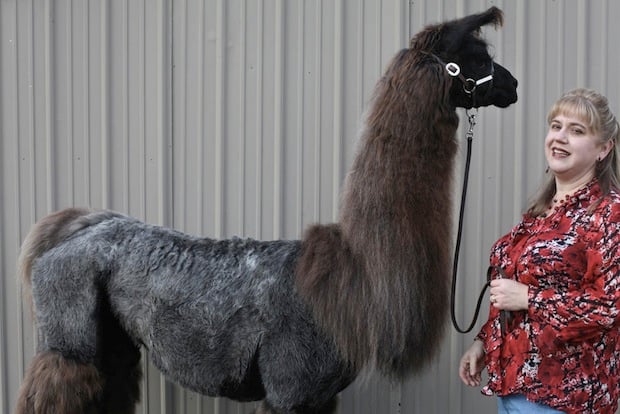 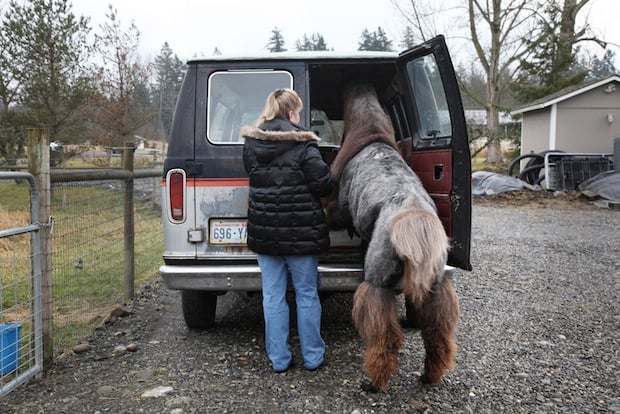 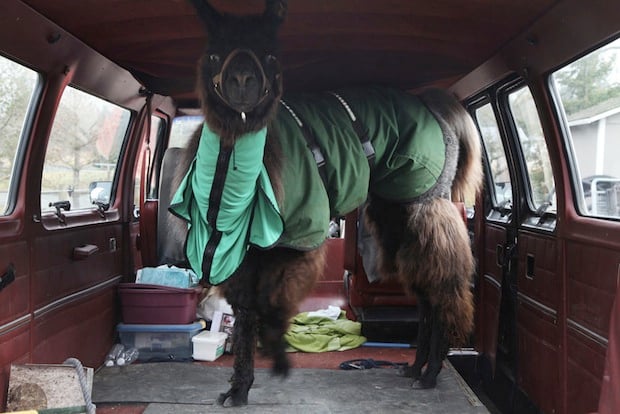 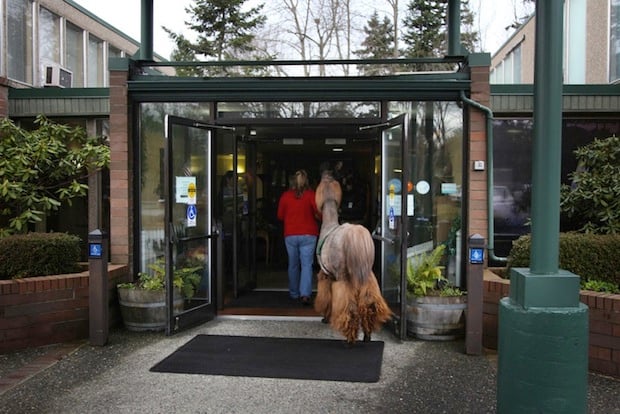 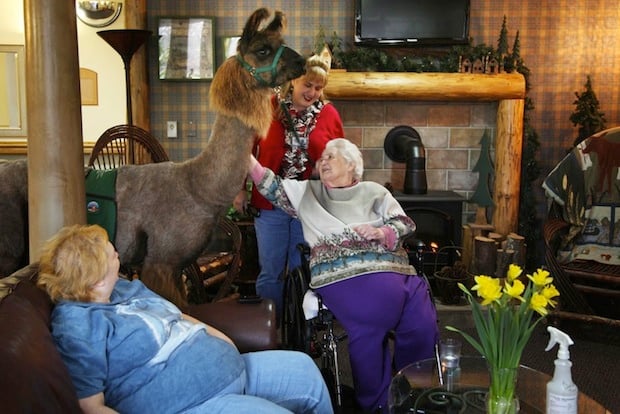 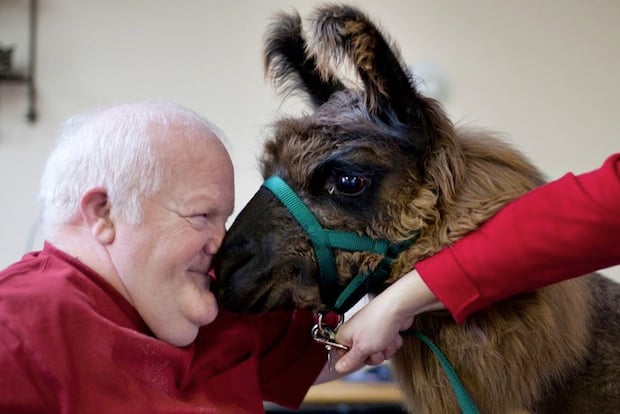 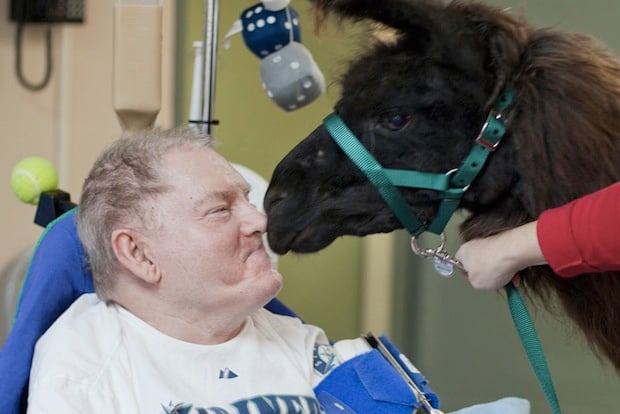 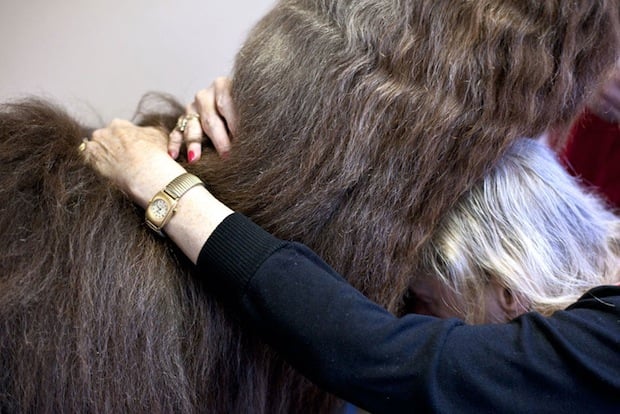 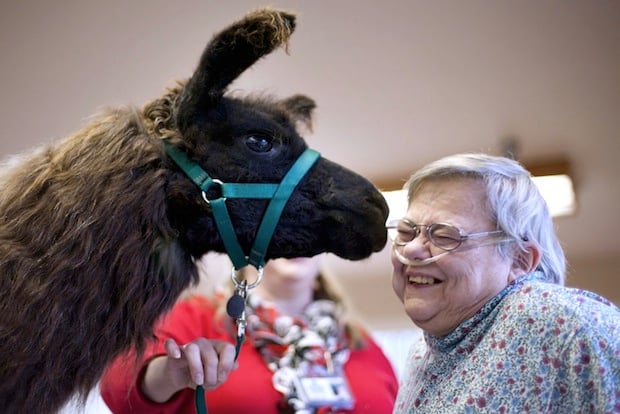 And if the photos aren’t quite enough, here’s a video put together by Colors that documents the Llamas’ trip to the health center:

According to the COLORS article, of the 10,000 therapy animals currently in use in the United States, only 14 are Llamas, making this a pretty unique opportunity that few photographers will ever get a chance to put down on their CV.

To see more photos from the Llama Love series or browse through the rest of Osborne’s portfolio, head over to her website by clicking here. And if you’d like to read more about the Llama experience, be sure to check out the previously-linked article.

Image credits: Photographs by Jen Osborne and used with permission