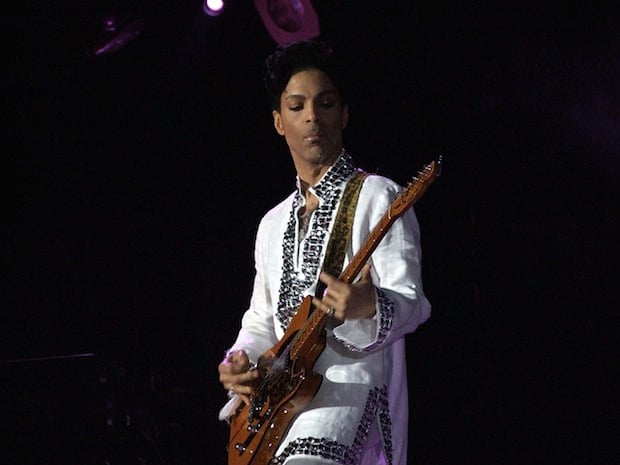 It’s become a pattern with musicians lately. In an attempt to force people to actually experience the concert they’re attending, many musicians are banning photography at their shows outright. In the past, we shared messages put up by the bands She & Him, The Yeah Yeah Yeahs and The Savages, all of whom are kindly asking concert goers to put away their darn cell phones.

The latest musician to join in is Prince, who posted a sign titled “Purple Rules” at a recent surprise show in New York City, forbidding photography, videography and even cell phones in general.

The Gothamist‘s Ben Yakas attended the surprise show at the City Winery, and says that before they even got in the door, attendees were greeted by employee after employee explaining the “Purple Rules” to them. And if that wasn’t enough, there was the sign:

***No PHOTOGRAPHY
***No VIDEO recording
***No Cell Phones

These rules will be strictly enforced and violators will be asked to access another experience.

Of course that didn’t stop everyone. At least a few Instagram videos made it online:

The risk wasn’t without its consequences though. As Yakas explains, “the cell phone gestapo” wasn’t playing around. “I watched as they dragged away multiple people who held their phones up just a second too long trying to capture Prince’s essence or whatever.” writes Yakas. “People had their phones snatched from them in mid-air, and if they argued, they were escorted out of the building in a very non-funky manner.”

Although some would agree that smartphones have become something of a nuisance at concerts, and kicking people out for breaking a rule is understandable, we’re not sure how wise it is to start grabbing phones out of people’s hands.

Whatever the case, the strict rules and harsh enforcement still couldn’t keep people from pulling out their phones and Instagramming. In the end, concert goers were still willing to risk the consequences for that perfect (or not so perfect) shot.

Photog Has DSLR Snatched by Alligator, Only to Have it Returned 8 Months Later