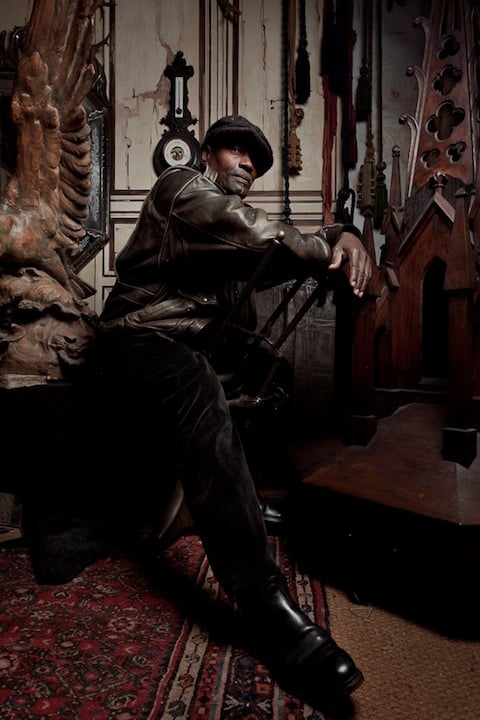 The flea market of Saint-Ouen in Paris is one of the largest and oldest of its kind. Founded in 1885 and made up of 15 smaller markets, the market sees more than 11 million visitors each year and hosts more than 2000 merchants.

Given those statistics, you would think it would be the ideal place for some great street photography. But photographer Andrew Kovalev has instead used it as the inspiration and setting for his most recent portrait project.

Titled Les Visages des Puces (or “The Faces of Fleas”) the portraitist’s most recent project highlights some of the incredibly diverse shopkeepers who have made the Marché aux Puces de Saint-Ouen their home for many years.

Here’s a behind the scenes look at Kovalev visiting with and photographing some of the shopkeepers:

“From the very beginning my goal was to show the connection between a person and his or her shop,” Kovalev tells us. “Even the most chaotically decorated shop appears coherent. Every item is in its place, every little thing tells a story: about itself, about its previous owners and of course about the shopkeeper.”

At this point, the project is made up of 60 portraits of merchants, 45 of which are accompanied by the shopkeeper’s story. All of them are being slowly uploaded to the project’s website. At the top we have François-Michel, a former interior designer who has designed for large brands and Middle-East princes alike.

It’s these stories that Kovalev is after with his photography. “From the moment I entered the market, it was about merchants, not shops or goods,” he explains. “People — that was the most interesting part of it!”

Here’s are a few of the people Kovalev has met, complete with short descriptions in the captions:

To see more of Kovalev’s flea market portraits and learn more about the fascinating shopkeepers who spend their Saturdays, Sundays and Mondays at the Marché aux Puces de Saint-Ouen, head over to the project’s website by clicking here.

Image credits: Photographs by Andrew Kovalev and used with permission.

Amazing Time-Lapse of Earth Captured by Spacecraft Leaving Our Planet