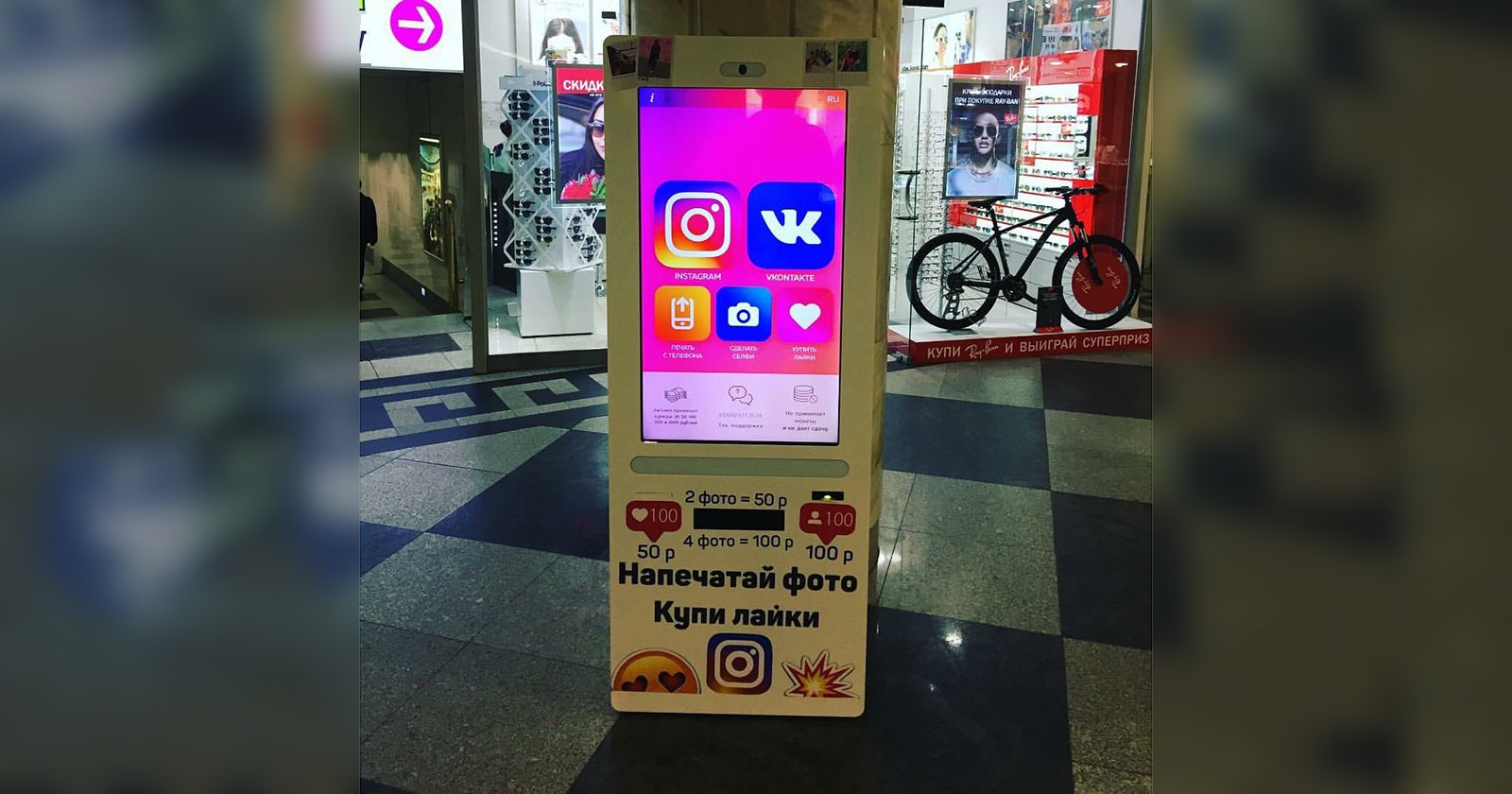 This isn’t a joke. Despite plenty of people not believing that it’s real, what you’re looking at is a genuine Instagram Likes vending machine, spotted in a mall in Moscow and tweeted out by Russian journalist Alexey Kovalev.

Kovalev tweeted out the photograph—which he tells us was taken by his friend Vasily Sonkin—two days ago and was immediately met with waves of skepticism. But as depressing as the reality is, this vending machine IS a reality. Approximately $0.90 for every 100 likes, or $1.75 for 100 new followers… not a bad deal really:

But the buck doesn’t stop there. The same company behind this machine will deliver 150,000 followers guaranteed to provide “up to 1,500 likes” on every single thing you post… for just $850. With numbers like that you might be able to score an influencer contract or two, no?

Instalike vending machine is for cheapskates. For $850 you can buy 150,000 followers guaranteed to deliver up to 1500 Likes to each post. pic.twitter.com/5V3HTQ4kfl

One of Alexey’s Twitter followers claims the company behind the kiosk is “an Indian firm and the likes are farmed by Rantic bot farmer whose base of operations appears to be Tel Aviv.”

Of course, if you’re willing to buy your likes and followers, you probably don’t care (or want to know) where they’re coming from… it’s a modern day version of the age-old dilemma: you don’t wanna know “how the sausage gets made.”

Image credits: Photograph by Vasily Sonkin and used with permission.