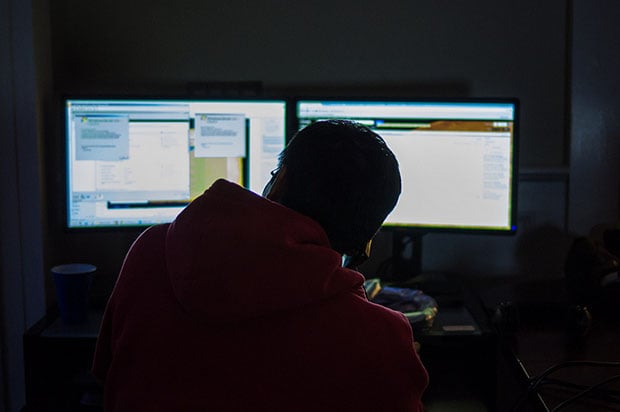 So you think you have a good reason or excuse to use a photo you found on the Internet without asking the photographer who took it? Let’s see if it can stand the test.


1. There was no “copyright” logo or any other watermark on the photo

Copyrights exist by default. As soon as an amateur or professional photographer (or anyone else, for that matter) hits the shutter button, all the power of the copyright law is now associated with the photo. Therefore, a photographer does not have to specify on the photo or on his/her website that the photo is protected by copyright. Unless specified otherwise, consider a photo to be copyrighted.

2. The photo is on the Internet, therefore it is free to use!

A photo does not magically fall into the public domain when it’s uploaded to the Internet. The photographer keeps his/her copyright and, depending of the country, his/her photo will remain copyrighted between 50 to 70 years after his/her death. Only after that will it fall on the public domain.

3. I found it on Google Images, therefore it is free to use

Google Images is not a free stock photo agency. Google does not own any of the photos showed as a result of your search. Google’s job is to find images that fit your search query. Other people or companies own the photos and the copyrights.

Contrary to popular belief, a photographer does not lose his/her copyright when a photo is uploaded on Facebook. Facebook’s Term of Service says:

you can control how [your photo] is shared through your privacy and application settings.

That means a photo on Facebook can be shared by another user only by using the “share” button and only if the photographer allows it from his/her privacy setting. You cannot save it on your computer and use it anywhere else on Facebook or the Internet.

5. But I won’t make money off this photo! It’s just for blog/site/Facebook/etc.

Whether or not you make money from the use does not change a thing. It is still copyright infringement (unless it’s fair use). Here in Canada, Copyright law states that statutory damages will be between $100 and $5,000 per photo if used in a non-commercial purpose (it would be $500 to $20,000 per photo if used commercially). You think you will never get sued for using a photo on a non-commercial website? Think again. It is unlikely, but it IS possible.

Laws in the United States are very similar.

6. There was the photographer’s logo/name/email watermarked on the photo. If he/she put it there, it was so he/she can advertise his/her business when we share his/her photo, right?

7. The photo was not nice or original enough to be protected by the copyright law

Photograph a white paper sheet on a white table during a snow storm with your iPhone. This photo will be just as protected by copyright law as the last celebrity portrait of Annie Leibovitz shot with $200,000 of equipment.

8. I appear in this photo, therefore I can use it!

This seems logical, but no. Legally, the photographer has the copyright on this photo because he/she took it. The photograph is that photographer’s artistic interpretation of you.

Of course, if you hired a photographer to do, for instance, your business portrait, he/she likely gave you the license to use it. However, the photographer keeps the copyright.

9. I wrote the photographer’s name under the photo on my webpage. It’s good advertising for him!

In 7 years of doing photography professionally, never has someone called to hire me, stating that he/she saw my name under a random photo he/she stumbled onto on the Internet.

Copyright law includes the notion of “monopoly of economic exploitation” of a photo. Only the owner of the copyright can decide how the photo will be used. Doing “advertisement” for the photographer is neither a valid nor legal reason to use a photo without first asking the photographer. Especially since it is legally mandatory in most countries to put a photo credit under a photo, even when you pay for the license to use it.

10. Millions of people are doing it!

This argument is invalid. Unless of course you can point me out the article of law that tells exactly how many people doing something illegal it takes to make that act legal.

All of that being said… Is it possible to police the web and stop every copyright infringement? No. It is technologically impossible to stop someone from lifting your photos, and I would need three lives to sue every infringer of my images.

Let’s put it this way: if you see an unattended bike in a park, would you decide not to steal it because you fear of getting caught, or because you know it is morally wrong? If it’s the former, I can’t help you. If it’s the later, maybe this post will change your perceptions of how “we” should use photos on the Internet.

About the author: Francis Vachon is a photojournalist based in Quebec City. Visit his website here. This article originally appeared here.

Image credits: The Glow by dbbent, Internet by James Cridland, Facebook by MoneyBlogNewz, Forex Money for Exchange in Currency Bank by epSos.de, Wave for the camera by Loozrboy, Crowd by James Cridland