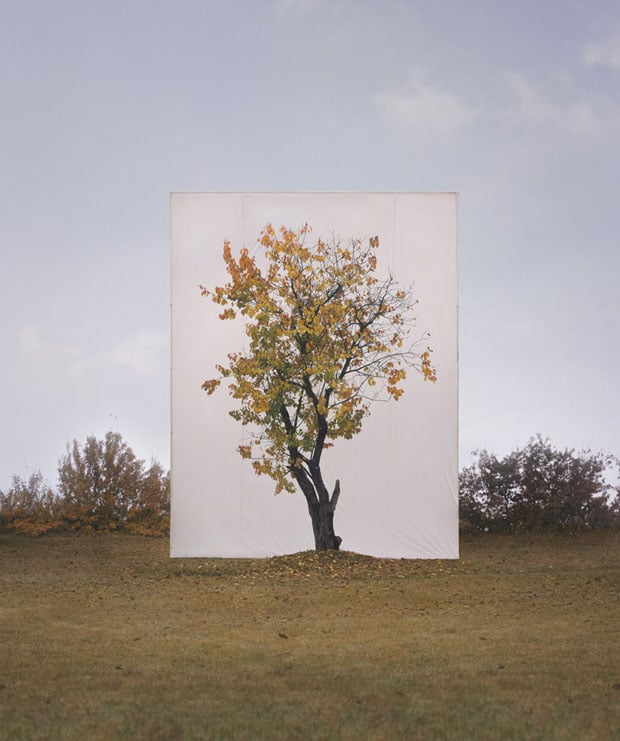 For his project titled “Tree,” South Korean photographer Myoung Ho Lee found solitary trees out in nature and then erected giant white canvas backdrops behind them. He then created photos showing the trees surrounded by artificial boxes in their natural surroundings.

The trees are of different species, and the photos — captured with a 4×5 camera — were shot in different seasons and at different times of the day.

The canvases are roughly 60 feet tall and 45 feet wide. They’re so big that the photographer has no way of putting them up himself, so he enlists the help of a production crew and two heavy cranes to do the job. 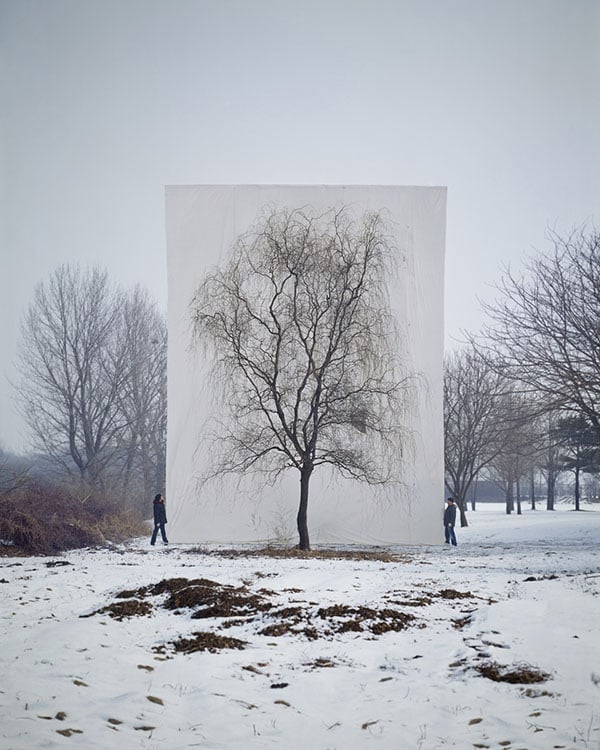 There’s a dash of digital trickery involved in the production: rather than have the canvases stand by themselves, Lee has them hung from a support system attached to the crane. These ropes and bars are later edited out of the photograph using “minimal digital retouching.” The photographer says that this creates “the illusion that the backdrop is floating behind the tree.”

Mr. Lee allows the tree’s natural surroundings to fill the frame around the canvas, transforming the backdrop into an integral part of the subject. Centered in the graphic compositions, the canvas defines the form of the tree and separates it from the environment. By creating a partial, temporary outdoor studio for each tree, Mr. Lee’s “portraits” of trees play with ideas of scale and perception while referencing traditional painting and the history of photography.

Here is a selection of the photographs in the series: 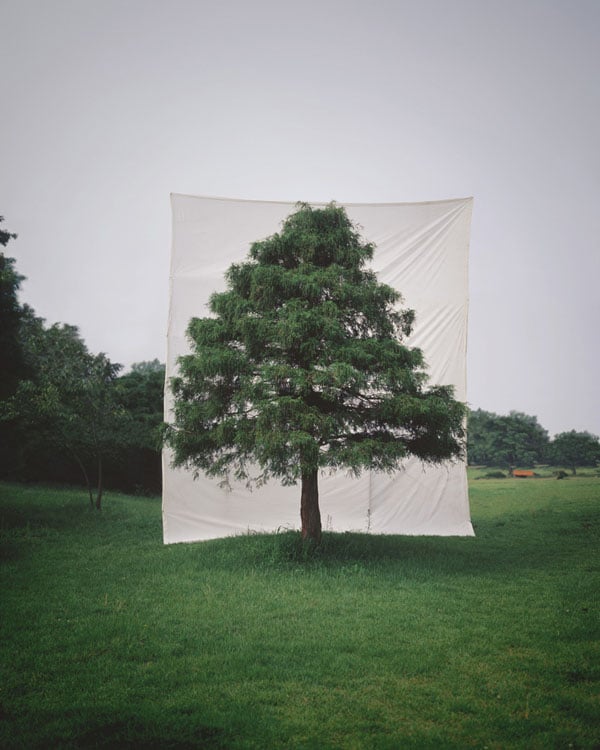 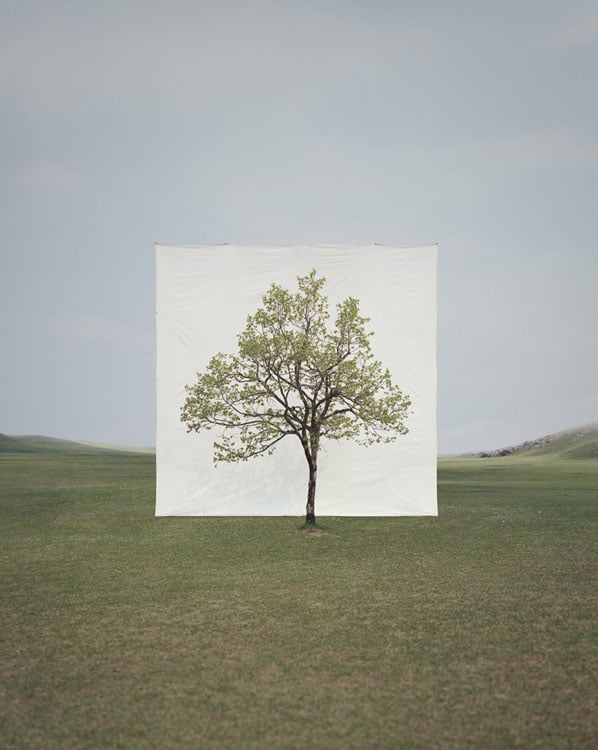 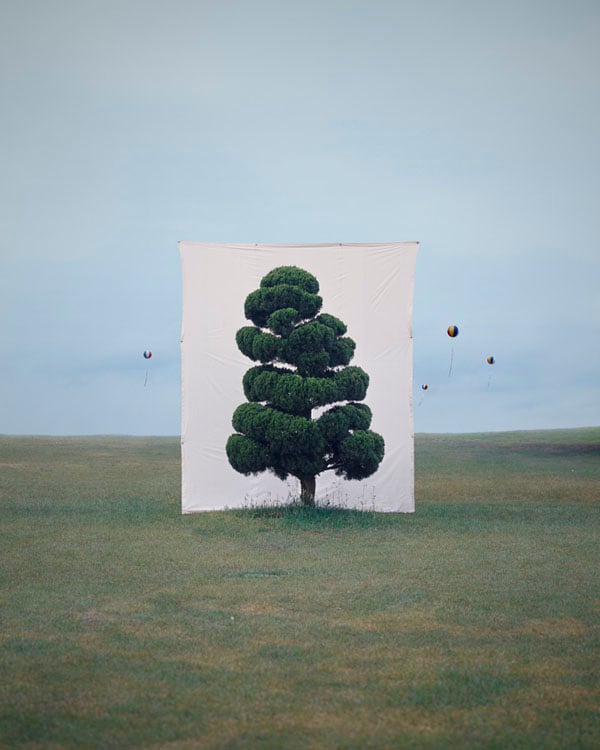 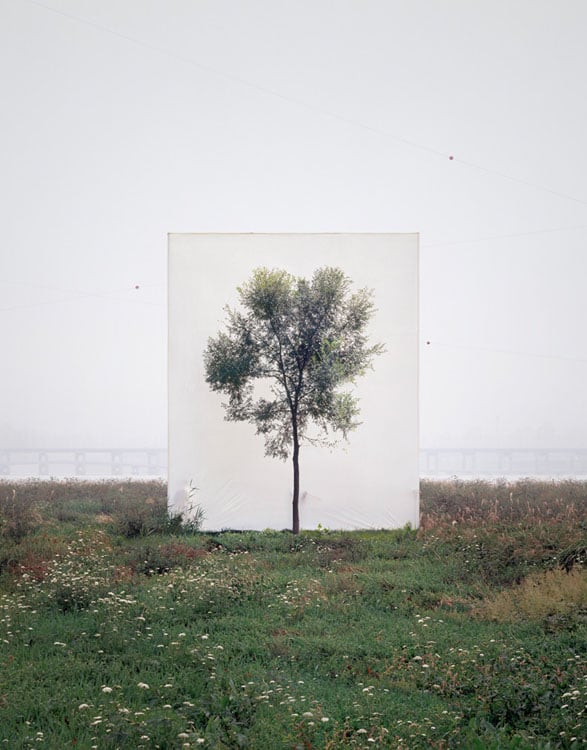 You can see more of these works over at the Yossi Milo Gallery.

(via Yossi Milo Gallery via Beautiful/Decay)