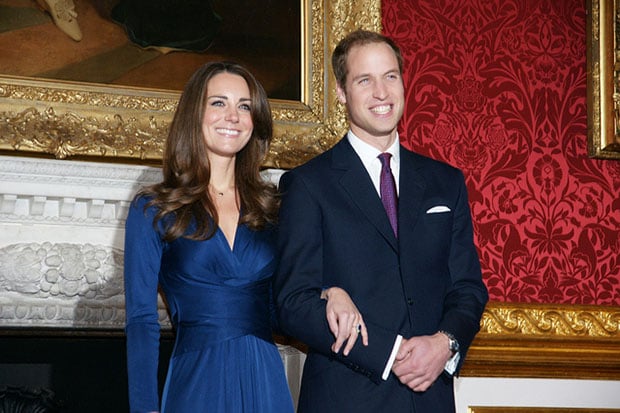 An unnamed photographer and the editor of a French celebrity gossip magazine have been charged with privacy violations for publishing topless photos of new royal mom Kate Middleton (now Catherine, Duchess of Cambridge), and more charges are likely to follow.

Judicial sources in Paris said an unnamed 28-year-old agency photographer has been charged, and another was likely to be, along with editor of Closer magazine Laurence Pieau. They join magazine publisher Ernesto Mauri and a photographer believed to be La Provence shooter Valerie Suau, who were charged in April.

The incident happened last summer, when Middleton and husband Prince William were vacationing in Provence. The Closer photographers, allegedly assisted by Suau, managed to get a view of the royals sunbathing on the terrace of their vacation château, capturing several shots where Middleton is topless.

The images were published in the Sept. 5, 2012 edition of the magazine, and attracted widespread outrage and condemnation.

Aurelien Hamelle, the French lawyer representing the royals, pressed charges over what he called a “grotesque breach of privacy,” and the wheels of French justice have ground slowly onward ever since.

Maximum penalties under France’s strict privacy laws include fines of up to 45,000 Euros (almost $60,000 U.S.) each, a year in jail and closure of the magazine for up to five years.

Defenses offered by Suau and the attorneys representing the magazine include: (1) topless photos aren’t all that shocking anymore, (2) the photos were taken from public property offering clear views of the château, and (3) there were no English or French police posted in the area, creating a tacit invitation for paparazzi to go to work.

Loom: A Superior Photo Stream for Photo Storage and Syncing Across All Devices