Glenn Naylor is a Park Ranger and photography enthusiast who lives and works in Alberta, CA. As a founding member of Bow Valley WildSmart, you can probably guess that he loves nature. And recently, his twin passions were able to come together to capture something pretty awesome.

It’s not uncommon for Naylor to set up outdoor cameras in the Alberta Parks he works at, picking his spots based on where he knows he’s most likely to catch glimpses of the local wildlife. But his most recent video caught a little bit more than that.

Compiled into a video called “What goes on when you are not there!” the camera wound up snapping an impromptu time-lapse when a group of bears showed up and decided to have something of a party at the local scratching tree. You really have to see it for yourself — the camera captures photo after photo of the bears frolicking in front of, on and around the tree. 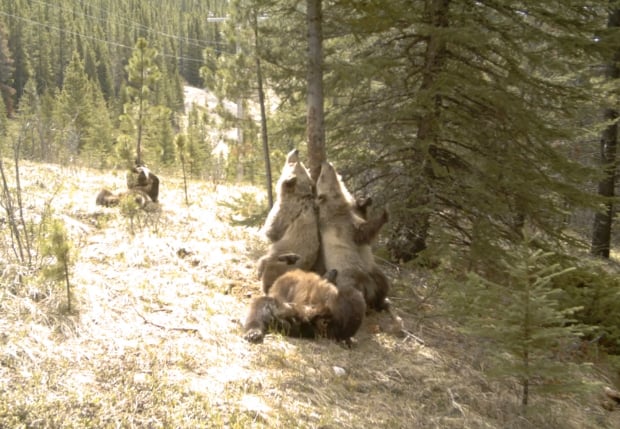 For his part, Naylor doesn’t want the photos to give people the wrong impression about bears in general. As cute/humorous as the footage turns out to be, he’s quick to remind folks that “bears are not cuddly and friendly, they are wild animals that should be treated with caution and respect.”

Still, it’s nice to see that “The Bear Necessities” dance number in Disney’s The Jungle Book isn’t as far-fetched as it might initially seem.

To keep up with Naylor as he posts more photos, videos and wildlife tips, check out his YouTube channel or visit the WildSmart website.

Update on 7/29/2013: Someone took the video and turned it into a Harlem Shake video…