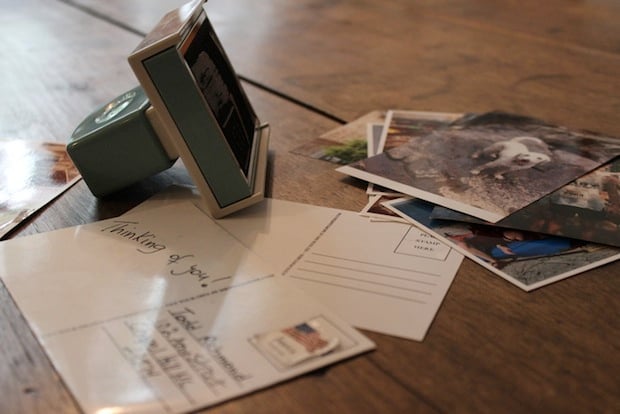 Even though a common problem these days is taking pictures we never end up printing or looking at ever again, a lot of photographers (and non-photographers for that matter) still have boxes of old prints sitting around the house or attic collecting dust.

If you’re wanting to put some of those old prints to use in a creative way and put a smile on a friend or family member’s face at the same time, the creators of Stampede are here to help.

Stampede is a stamp that will turn any of your 5×7 photographs into a postcard instantly. Conforming to strict USPS postcard regulations, they claim that the stamp allows you to turn a photo into a postcard in three easy steps: print, stamp, ship. 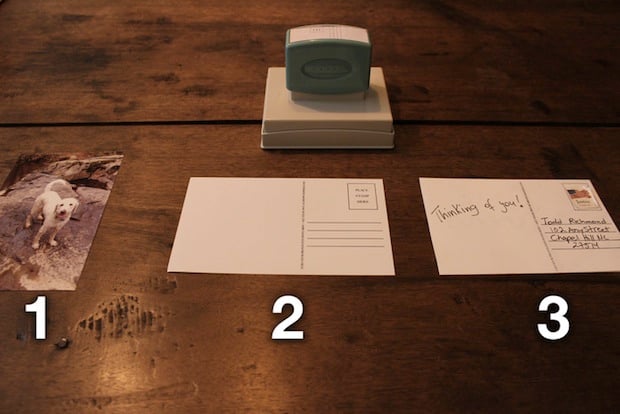 Stampede is one of those products that shines in its simplicity. Of course, that doesn’t mean you’re getting a poorly constructed product in the bargain. Pre-inked to last for up to 50,000 impressions and filled with an evaporative ink that works on the backs of all photos, the stamp went through several prototypes before they were happy with it.

But those prototypes didn’t come cheap. At $100 a piece, they knew they couldn’t order them for people one at a time. And so, like many a great idea before it, Stampede took to Kickstarter to raise funds. 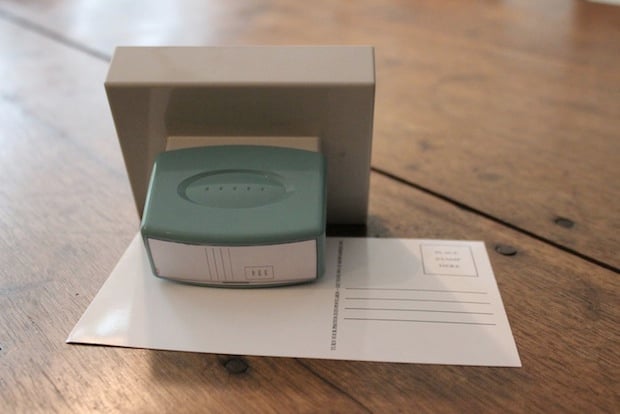 Currently, the campaign is almost $2,000 of the way to its $10,000 goal with 23 days left to raise the difference. If you want your own, you’ll have to shell out a slightly steep pledge of $50 (relative to cheaper alternatives), but you’ll know that you have “postcard-maker” that conforms to all USPS regulations.

For more info, pictures and a cheesy Kickstarter video starring Todd the Labradoodle, head over to the project’s campaign pledge by clicking here.