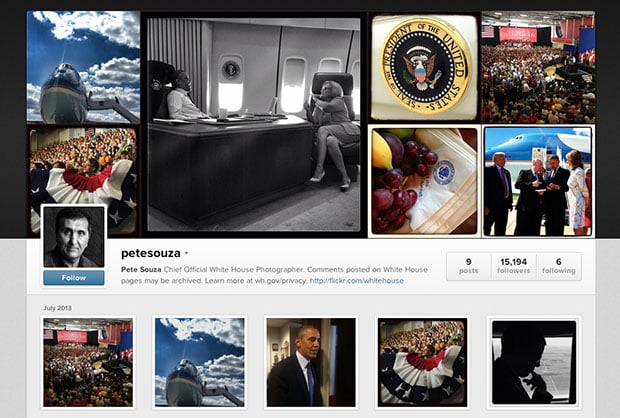 How do you take the next step after rising from humble newspaper shooter to chief official photographer for the White House? You start sharing pictures of your lunch, of course.

At least that’s the strategy for Oval Office documentarian Pete Souza, who opened his new Instagram account Wednesday with an image of healthy snacks aboard Air Force One. 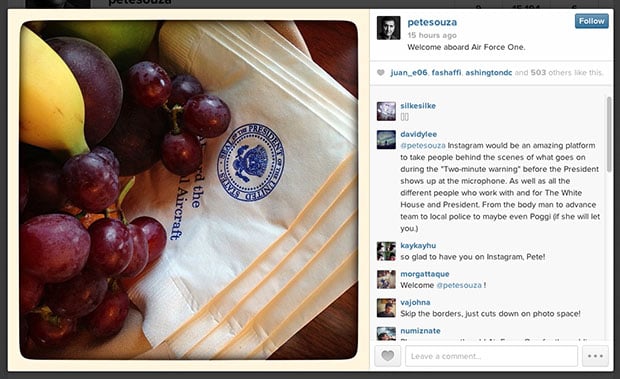 The photo service gives Souza and the White House yet another platform for spreading the Obama message. Souza helped set up an active Flickr presence for the president — his image of Obama in the White House situation room during the raid on Osama bin Laden’s compound is one of the most-viewed photos ever posted on the service.

Instagram will give the photographer a more informal way to keep the world apprised of what’s going on behind the scenes with the president, adding to his influence in the capital and beyond. The New Republic put Souza on its list of “Washington’s Most Powerful, Least Famous People,” and the Washington Post declared him Obama’s secret weapon.

Photos of Human Chameleons Blending Into Scenes Thanks to Body Paint