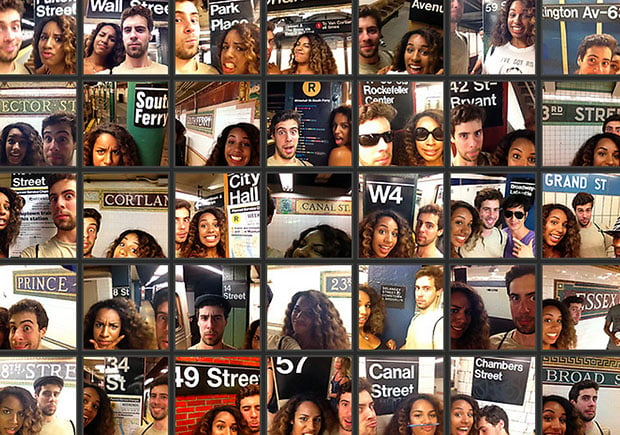 Want to know how long it takes to visit every single subway station in Manhattan? Answer: It takes about nine hours.

That’s what young couple James Doernberg and Kai Jordan found out last week when they visited each of the 118 stations in the system, snapping a self portrait at each stop.

20-year-old Doernberg and 18-year-old Jordan started their unique photo project at 10am last Wednesday, July 10th, 2013. Starting at 14th street and clutching a paper map of the system, they began riding the bottom portion of the 1,2,3 line. The rest of their route was decided as they went.

Every time their train stopped, the couple had only about 10 seconds to jump out, find a sign with the name of the stop, snap a photograph or two using their iPhones, and then jump back into the train before it headed off to the next station. Each “completed” station was marked with an X on the map.

When they needed to transfer to other trains, the couple had a little extra time to plan out shots — these shots sometimes included passers-by and props that were brought along.

Their journey came to an end at 7:19pm — a little after 9 hours it began. 133 different selfies were taken the 118 stations. Here’s a sampling: 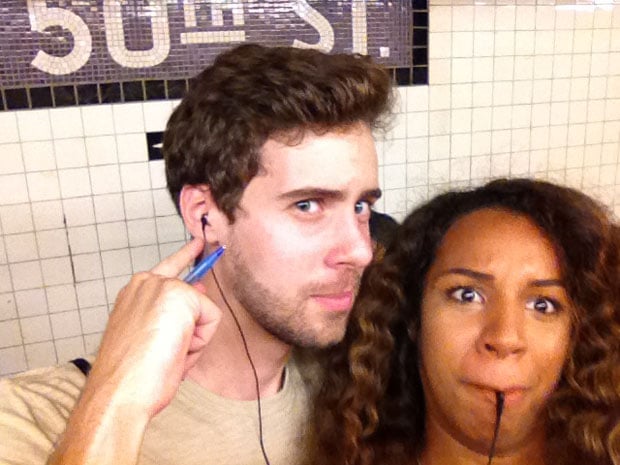 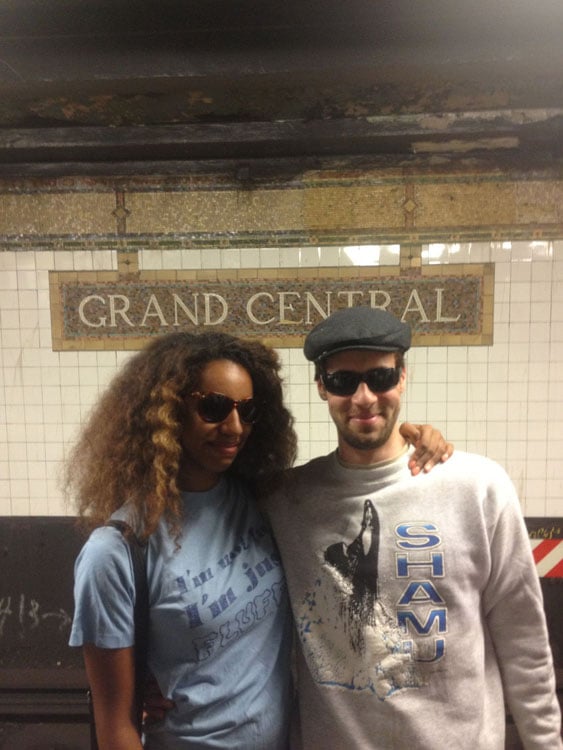 Here’s a slideshow of the photographs:

Doernberg has uploaded all of the selfies they created to an online gallery that shows the photos in the order they were created.

(via Gothamist and NY Daily News via Laughing Squid)

Image credits: Photographs by James Doernberg and Kai Jordan, and used with permission

Bending Pixels: Fun Things You Can Do With Panorama Stitching Software

Panasonic to Unveil a Rangefinder-styled GX7 MFT Camera Next Month