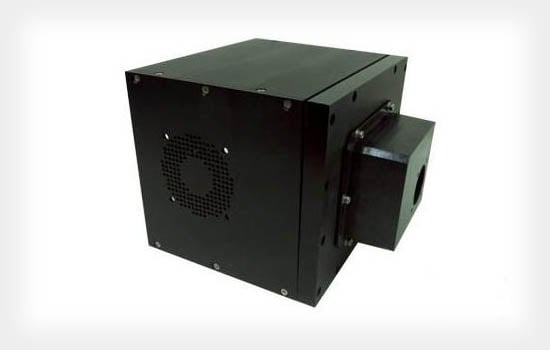 If you think your SLR camera is capable of taking high-resolution photos, the folks over at the Institute of Optics at the Chinese Academy of Sciences are about to put your gear to shame.

That’s because they claim to have developed a 100-megapixel camera that captures 10,240 x 10,240 images, thanks to its square-format sensor. That’s a whole lotta megapixels (though we fear in a number of years we’ll look back at our marveling of this and laugh, whilst holding our gigapixel cameras). In fact, it’s the highest megapixel camera in China, at the moment.


This beast is called the IOE3-Kanban, which sounds more like something you’d call a rocket ship, but we’ll roll with it. At it’s widest, the device measures in at about 7.6-inches and it’s lightweight, too. Reportedly, the device is capable of operating in temperatures ranging from -4 degrees to 131 degrees Fahrenheit, making it pretty rugged.

Speaking of rugged, the camera is designed to be used industrially. The fact it’s super sensitive and has got a high dynamic range makes it perfect for aerial mapping, disaster monitoring, and watching you sunbathe.

It should be noted that high-resolution options are available to those who really need them. Medium-format digital sensors like Phase One’s IQ280 is capable of shooting 80-megapixel images, but comes with a 5-digit price tag!

(via The Times of India via Photography Blog)

Get Ready for Photo Editing in Photoshop Done with Hand Gestures

Confessions of an Ex-Gear Addict