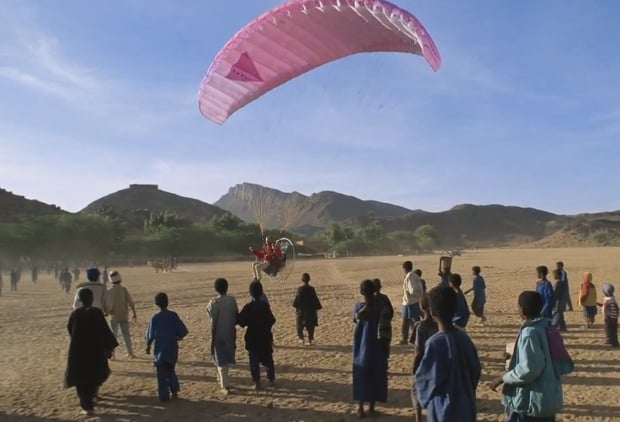 Photographer George Steinmetz has made a name for himself by taking spectacular aerial images from his paraglider. But a recent flight over Finney County, Kansas landed him not in the pages of National Geographic, but in jail.

For Steinmetz, a freelancer who has been on more than 31 major assignments for Nat Geo, this isn’t necessarily anything new. If you watched his talk we shared some 5 months ago (embedded below) you might remember him saying something along the lines of “I got arrested for taking this photo … I get arrested a lot.”

Many suspect that this most recent arrest happen were due to some of Kansas’ controversial “Ag-Gag” laws, which prohibit photography of any animal facility not open to the public. 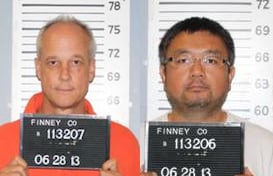 The official word from Finney Country Sheriff Kevin Bascue, however, is that Steinmetz and his long-time paragliding instructor Wei Zhang were arrested for taking off from private land without permission and not telling anyone they intended to take photos. Steinmetz and Zhang were held in jail only briefly, each paying a $270 bond in order to walk away.

Since the incident, National Geographic‘s vice president of communications, Beth Foster, has released a statement in Steinmetz defense.

“We believe [Steinmetz] did not break any laws and have reached out to local officials about the incident,” said Foster after explaining that the photos he was taking would appear in the magazine next year. “We are awaiting more information. If the matter does require legal action, National Geographic will provide for his and his assistant’s defense.”

Update: Here’s a video about this story:

Making a Surreal ‘Fruit Model’ Photograph From Start to Finish

‘F*ck You, Pay Me’ is a Glassdoor-Like Platform That Reveals Scummy Brands