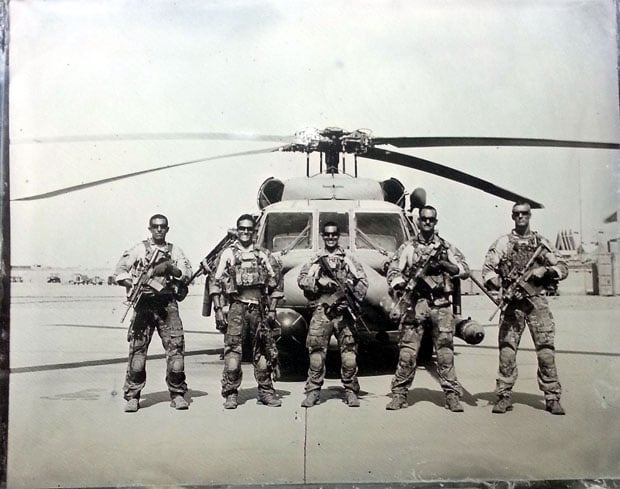 Ed Drew is an artist who’s studying at the San Francisco Art Institute, pursuing a BFA in sculpture with a minor in photography. He’s also a defensive heavy weapons and tactics specialist for the California Air National Guard.

When Drew was deployed to Helmand Province, Afghanistan this past April as a helicopter aerial gunner, he decided to bring his passion for photography with him. What resulted were the first tintype photos to be created in a combat zone since the Civil War.


The Brooklyn-born photographer tells us that his motivation for the project was to stay sharp and not get rusty while he was away from home. “I was really interested in making art while I was in Afghanistan so I wouldn’t lose my momentum in my absence from art school,” he says.

Many of the photographs are of his fellow soldiers who fly Air Force rescue helicopters. Some of the images show the helicopters themselves.

Creating tintypes on the battlefield was a challenging experience. In between flying on combat missions, Drew found that his chemicals would react to the harsh environment there in ways that you wouldn’t see in the quiet safety of a photo studio. It made him “really appreciate every plate’s individual creation,” he says. 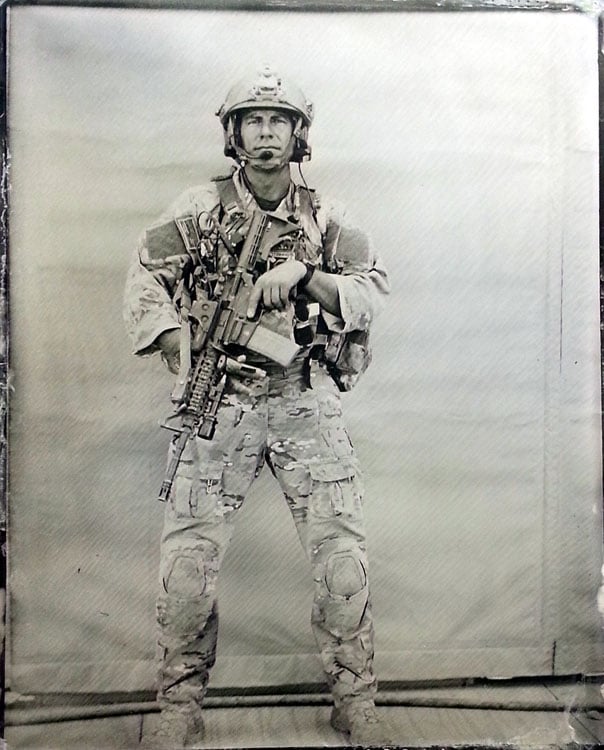 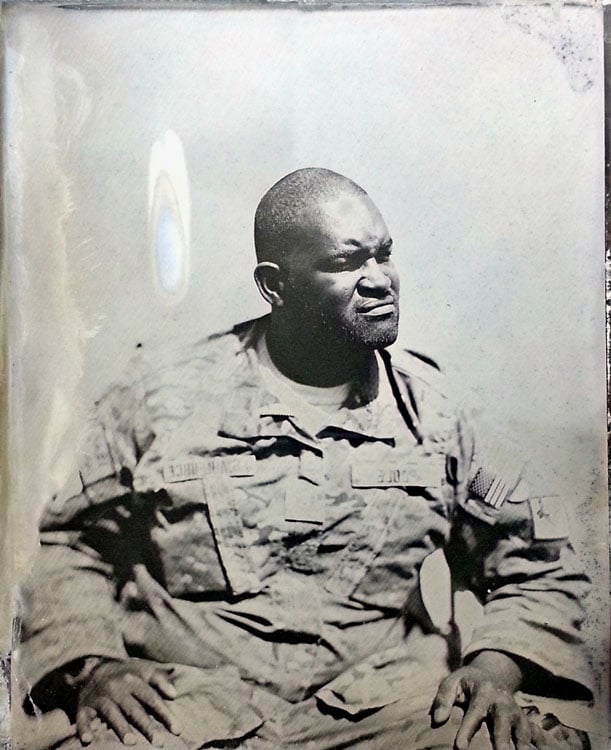 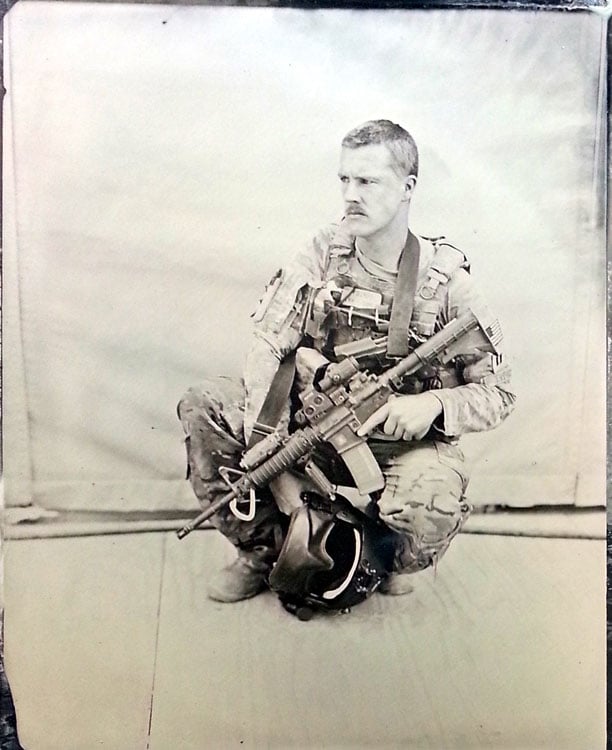 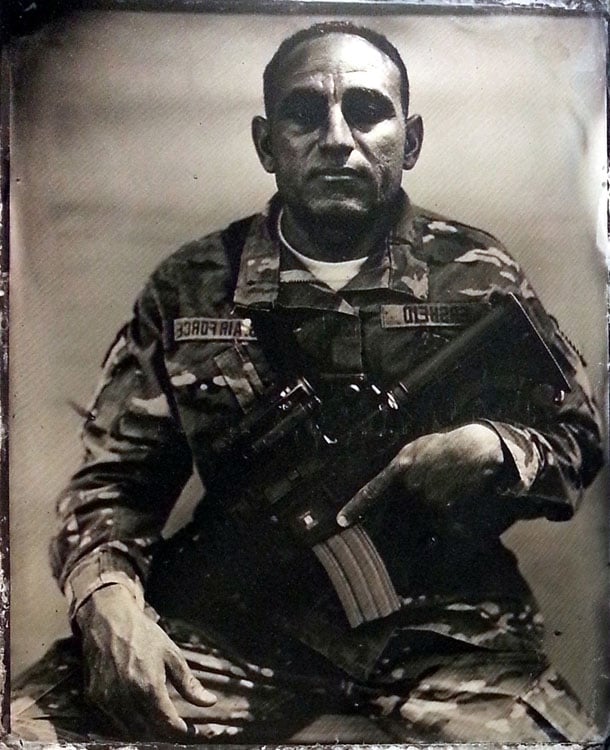 As a photographer and artist I wanted to achieve something that was physical, one of a kind and very unique. I believe in the Japanese aesthetic of “Wabi-Sabi” so the idea that something is imperfect and impermanent interests me. I wanted that to translate in my Afghan images as metaphors for what I experienced in the war, I thought tintypes to be the perfect photographic process to translate wabi sabi in my portraits. — Ed Drew 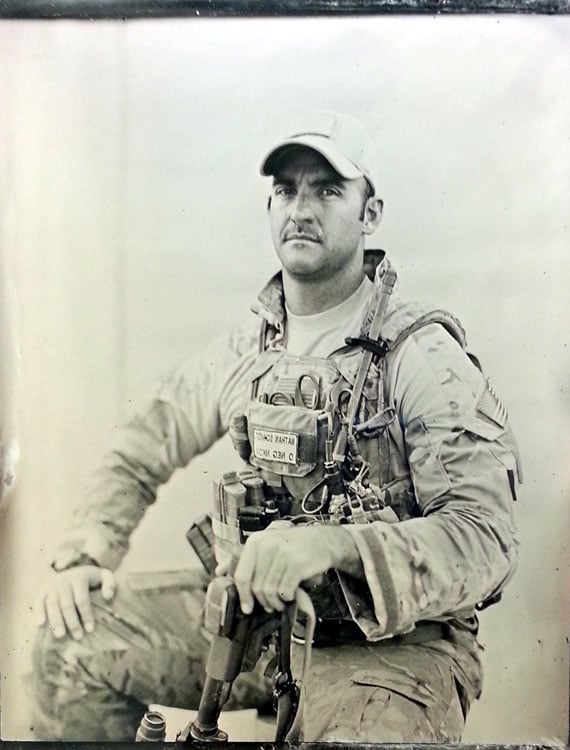 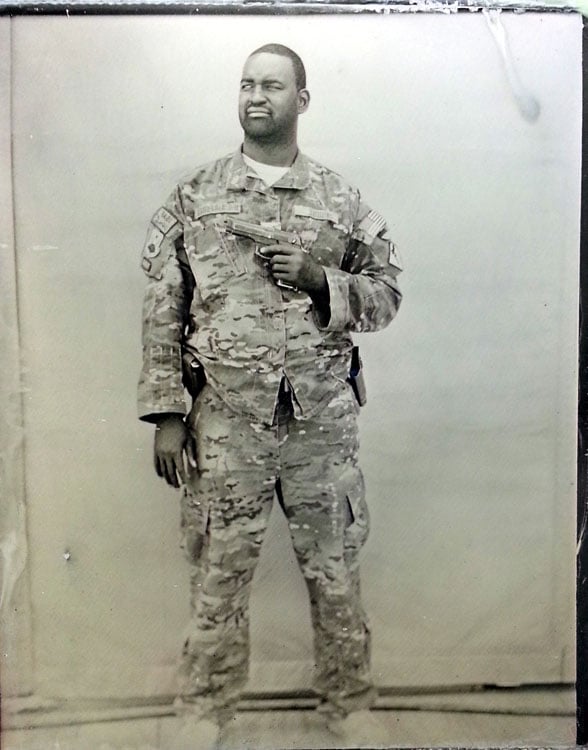 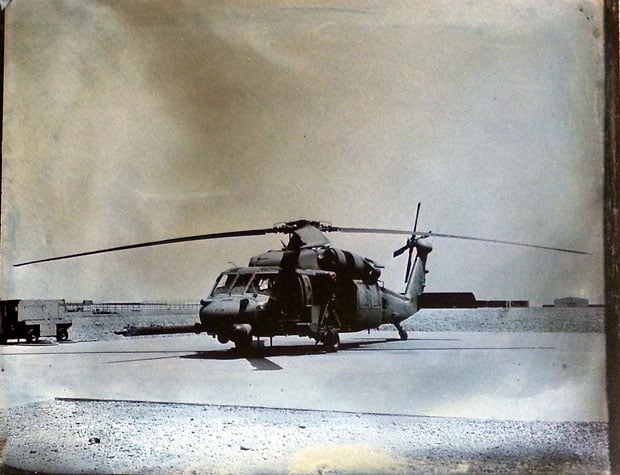 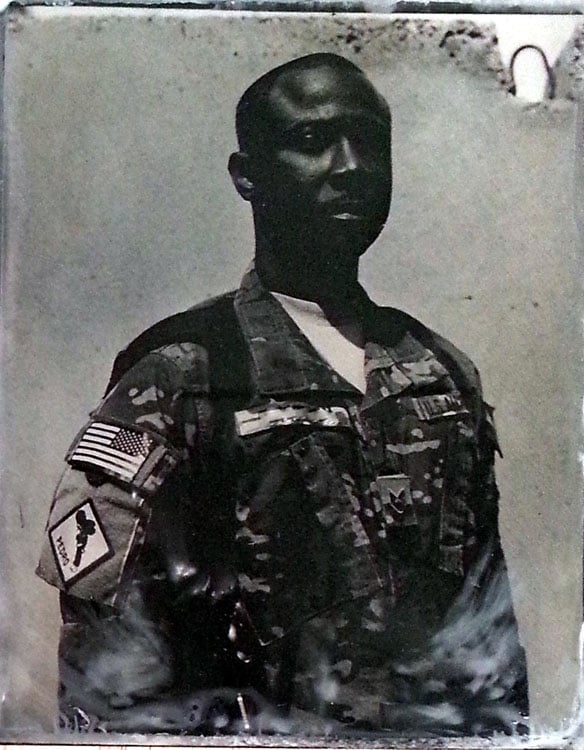 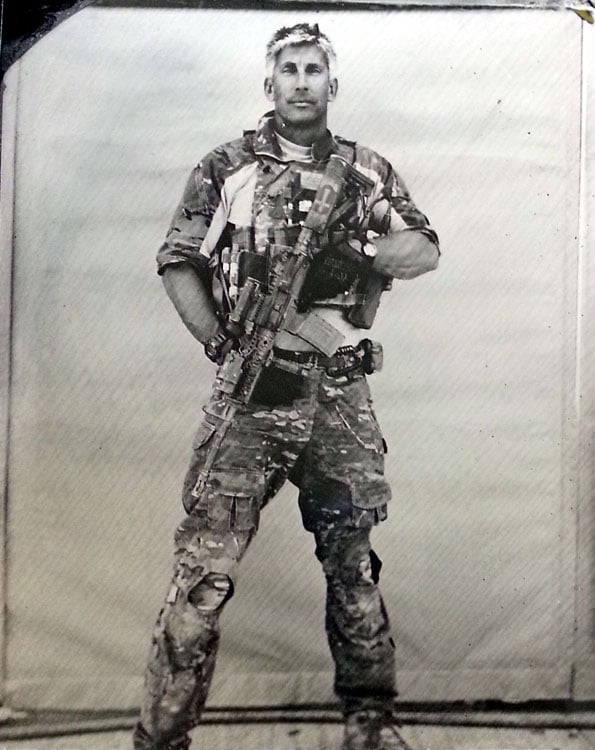 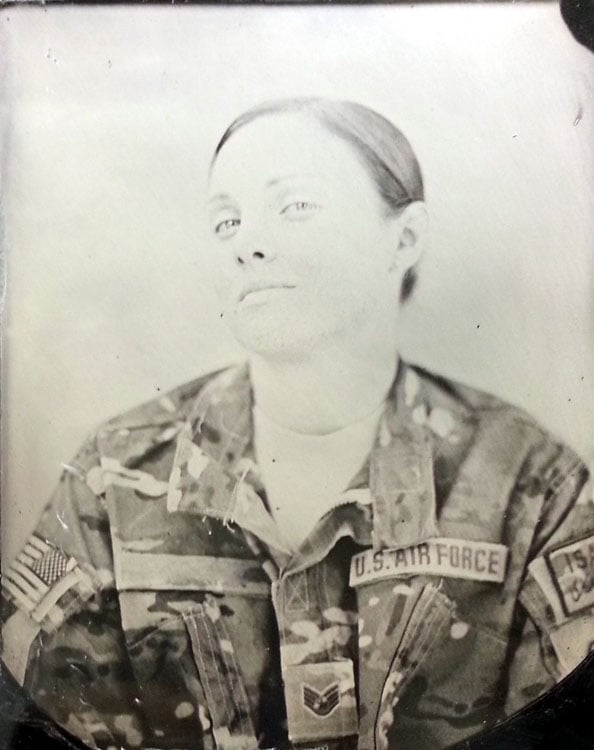 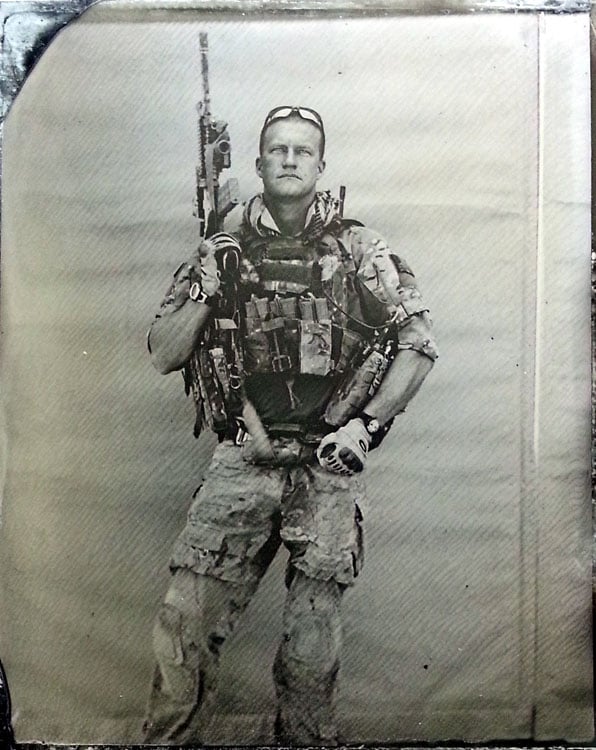 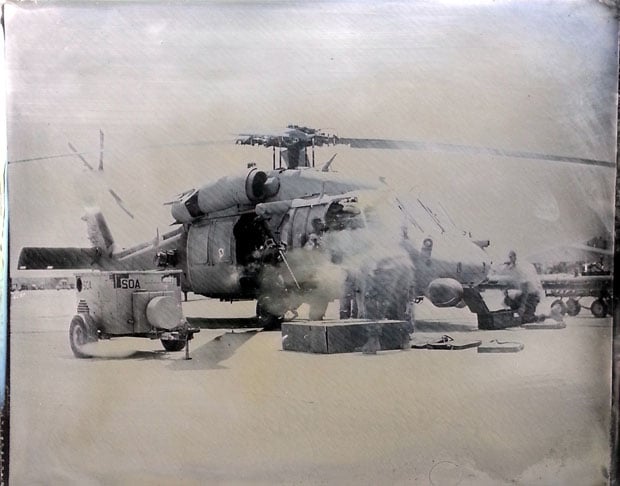 You can find the entire collection of Drew’s tintype portraits from Afghanistan over on his photo website.

Image credits: Photographs by Ed Drew and used with permission