Back in 2011, the BBC show The Real Hustle shared how easy it is for thieves to quickly and quietly steal an expensive lens off your camera — even when your gear is hanging around your neck. If you didn’t believe it then, check out the video above. It reportedly shows a photographer having his lens stolen by a group of robbers over in Russia.

Russian blogger naagmasa writes that the incident was recorded by a friend of his in St. Petersburg, Russia last year. The thieves are said to often target passers-by in this particular area, and the police there are unable to put a stop to it.

From watching the security/dash-cam footage above, here’s how the muggings work: after spotting a photographer with a pricey camera lens around his neck, the thieves approach him or her in a pack and surround the “mark.”

One of the thieves then shoves something in front of the photographer, hiding the camera and lens from view. At the same time, another robber reaches under the distraction and quickly removes the lens from the mount. 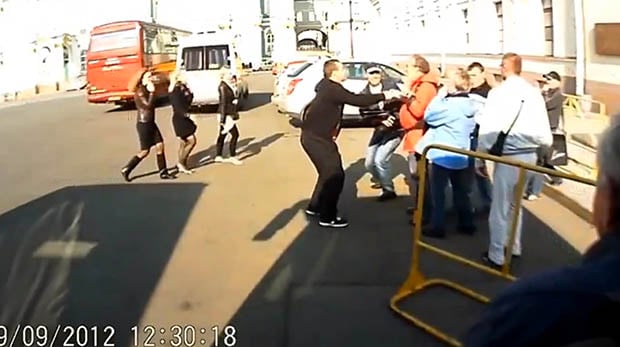 By the time the photographer realizes that the lens is missing, it’s extremely difficult to figure out which person in the group has the lens. The group disbands in different directions, and the robbery is complete. 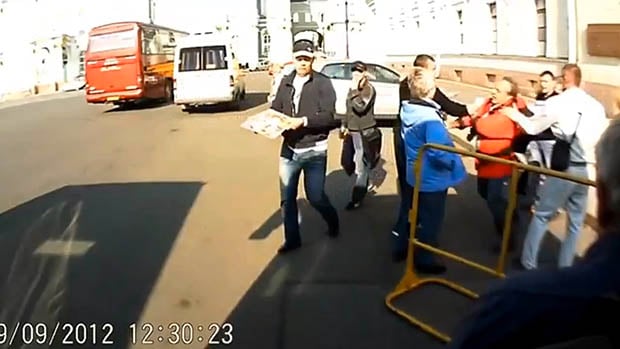 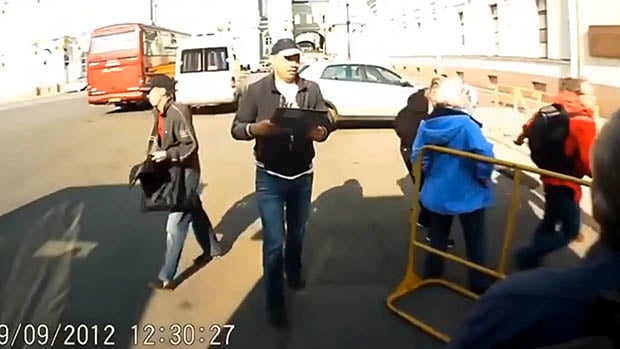 naagmasa writes that when he visited himself months later, the same thieves tried to steal his camera. Be careful folks: if you’re ever approached by one or more people on the street who seem way too interested in you, be sure you keep an eye and a hand on all your valuable gear.