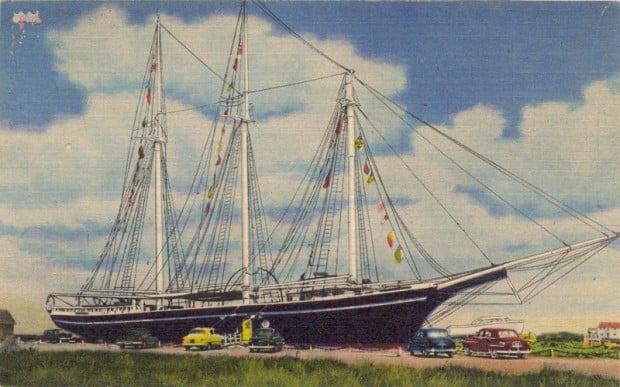 Most years around this time we take a road trip to visit my family in New Jersey. There are always a couple of camera bags in the back seat, as there will be tomorrow night when we saddle up and head south once again. And most years around this time I think back to something that happened on another hot summer night less than two months before the terrorist attacks on September 11, 2001.

For photographers, a lot has changed since then, but we have to remember that most of it started changing well before 9/11. When my students complain about the hassles of trying to make photographs in public places, I tell them that it’s something they’re just going to have to get used to. And then sometimes I tell them this story.

A month or so before the world changed I decided to spend a perfect summer night “down the shore”. I had traveled by train the day before from Boston to my childhood home in South Jersey to help celebrate my Grandmother’s 90th birthday, and since I planned to spend the long weekend with her and the rest of my family, I didn’t feel at all guilty about borrowing my mother’s car and taking off by myself for one evening.

The eerie drive through the Pine Barrens only took about an hour, and before I knew it I was slowly cruising the central boulevard on the barrier island where I had spent so many happy days as a kid. I sat smiling at a traffic light and stared at what had once been my grandfather’s pink vacation bungalow on East 24th Street. Just yards away from the crashing surf, whoever owned it now had painted it white with black trim.

The light changed, and after driving south for another few minutes I spotted a bright and bustling amusement park and victorian-looking shopping village coming up on the right. The amusement complex had been built in the 1980‘s, well after my time on the island, but what surprised me was what appeared to be the triple masts of an old schooner rising above the small shops across the street.

The Lucy Evelyn, beached at this site sometime in the 1940‘s and converted to a museum and beach souvenir store, had been a tourist destination for decades until it was destroyed by fire in 1972. Whenever we would visit, my grandfather would bring my sisters and me here for fudge and seashell necklaces and beach toys. More than just a little curious about the ship’s apparent resurrection, I parked the car, grabbed my camera and set out in search of photographs and memories.

It didn’t take long before I noticed that things had changed a bit in the years I’d been away. While the fudge shop was still doing the same booming business it always had, the new “schooner” turned out to be nothing more than a cinder-block building with a boat-shape built around it and a couple of poles stuck on top as masts. It now housed a lingerie shop instead of the old five-and-ten that sold slingshots, pea shooters, flip flops and skim boards (all of which, at one time or another, my grandfather had bought for me with a gleam in his eye).

As I walked past one of the other shops, a place filled with overpriced T-shirts, hats and beach blankets, a sweatshirt tacked up on the wall caught my eye. It was nearly identical to one that my Grandfather bought for me one summer in the late 60’s. It even looked old and beat up; the printing on it was faded and cracked, but closer inspection revealed that it had been designed that way. My ratty old sweatshirt had had to endure a couple of seasons’ worth of real adventure to acquire the patina that $40 bought one of today’s kids instantly. I wanted to believe that my sweatshirt had somehow been more admirable, but if I could have spared the 40 bucks, I probably would have gotten one for myself.

I crossed the street to the amusement park at the far end of the complex which looked, literally, perfect. The place was packed with people, and the roar of the roller coaster under its high harmony of screams and shrieks drew me in. Amusement parks and circuses are almost universally favorite environments for photographers, and some of my own best photographs were made in places like this in Australia, Europe and around the US. Even though this new place lacked the seediness and authenticity that comes with age and neglect (like that sweatshirt, come to think of it), I was looking forward to finding out if there was a shot or two for me here.

Pictures were everywhere — the lights, the rides, the shelves of kewpie-doll prizes, the odd row of people leaning on their elbows, butts-out, steadying their aim at the shooting gallery. I worked quickly but not hurriedly, patiently waiting for a telling moment, or moving around to find an interesting angle. It was like sketching with a camera, a simple process that filled me with excitement and satisfaction. This was what was missing in my job, what I crave in my life, and what I kept forgetting was available to me anytime and anywhere I was able to just empty my mind and let it all in. And even though I knew better, it really wasn’t hard to pretend that this was the same place I had frequented as a child.

I saw the cop as I was walking away from the merry-go-round after unsuccessfully trying to find a way to photograph the reflections in its convex mirrors as they spun around. He was a young guy, an early Ed Harris type with a blond buzzcut and short uniform pants. He was with a couple of other older cops, and had been laughing with them about something just before our eyes met and locked. I thought to myself “Oh, great” as he fell in behind me, then suddenly stepped out to block my way as I turned to the right.

“Excuse me, sir. Are you with the newspaper?” His manner was friendly but firm.

“…because some people have noticed you here taking pictures, so we have to check it out.” His eyes were fixed on mine.

“I’m just a photographer down from Boston… this is what I do.” I tried to sound polite but professionally perturbed, since I was expecting a lecture about private-property rights and location fees.

“…because we have a lot of children here, and when we see a man walking around by himself taking pictures, well, we have to check it out.”

My shoulders slumped a little.

They all thought I was a pervert.

“You have nothing to worry about,” I said quietly.

“Yeah, when I saw your camera I figured you were probably OK. But you should have checked in with us first.” 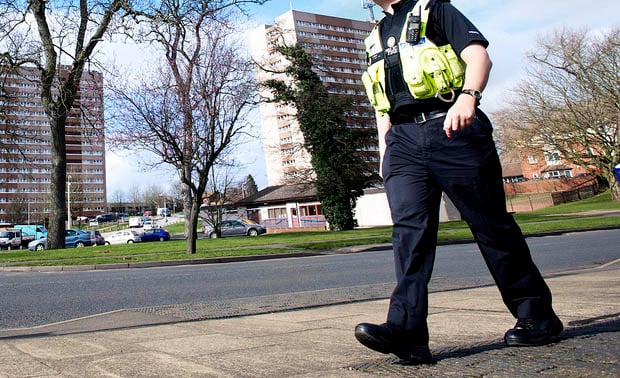 I couldn’t think of anything else to say. A moment before, this confrontation would have been the farthest thing from my mind, so I wasn’t prepared to defend myself. I suppose I could have asked him if it was standard procedure to hassle someone for taking pictures at a tourist trap. Or I could have turned on the charm and congratulated him for recognizing that my Leica M6 was not just any old camera. I could have risked real trouble by raising the constitutional issue — surely, in America, even the worst unconvicted Internet-lurking pedophile taking pictures at an amusement park hasn’t done anything wrong…yet.

Or I could have said what I really felt, that I was simply enjoying what I was doing so much that it never occurred to me that people might find my presence alarming.

I could have said any of that, but I turned away from him instead. This cop and these people didn’t care about me or my nostalgia, about long-gone souvenir shops that sold sling shots and pea-shooters or the long-gone Grandfather who paid for them with a smile, or about a time and an attitude toward childhood that suddenly seemed as distant and irrelevant as the old schooner that used to rest in its safe harbor right over there.

I tried to regain my interest in photographing the place, but all I could feel now were hundreds of pairs of suspicious eyes (and probably more than just a few security cameras) burning holes in my back and venting my earlier enthusiasm. I went through the motions of scanning for pictures one more time, but I couldn’t see past the scores of perfect parents and perfect children wearing perfect artificially-distressed and adventureless sweatshirts. They were all safe once again in their sanitized new amusement park, safe from the man walking around by himself taking pictures.

So I left the place that I thought had once been my own, but which had long since ceased to be. I walked not too slowly out to the street, past rows of oversized Suburban Ubiquity Vehicles with their side impact airbags and satellite navigation systems and rear-facing child safety seats, past another gaggle of laughing cops, and found my mother’s old car parked at the curb. I got in, turned the key, and drove away.