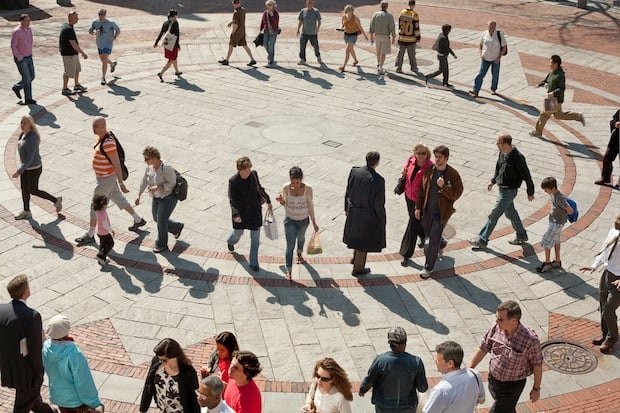 At first glance, photographer Pelle Cass‘ series Selected People makes it seem like Boston is horribly overcrowded. The streets and squares are flooded with people, some of whom look like they’re about to bump into each other without a second thought. And it’s not just people, one tree seems to be the favorite spot of every single squirrel in the city.

Of course, once you realize what it is you’re looking at, it starts to make a little more sense, because the photos in the series aren’t made up of only one exposure, but hundreds of them.

In other words, the photos are composite street photos. To capture them, Cass goes out to a pre-selected location in his home city of Boston and takes anywhere between 100 and 300 photos from the exact same spot. But instead of creating a time-lapse out of them, he pulls them into Photoshop and creates a whole new picture by combining the best people and animals from all of his shots.

“I’m definitely working in the street photography genre, but I’m doing it in a different way,” says Cass. “When I’m looking through hundreds of pictures I’m definitely looking for visual rhythms. That’s not special to me. Photographers look for that rhythm all the time. But I can control it a bit more.” 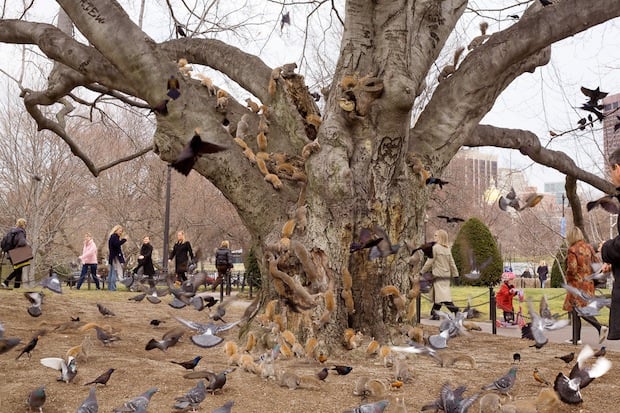 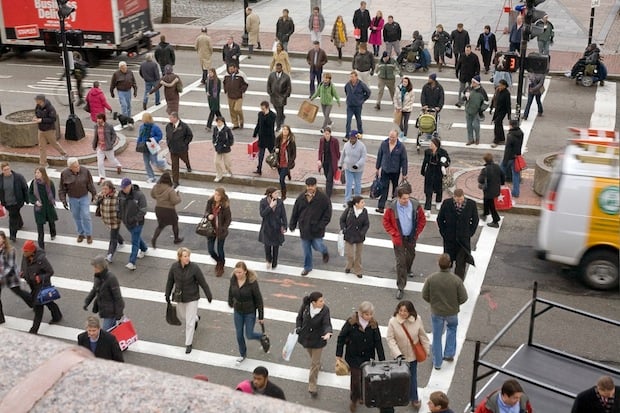 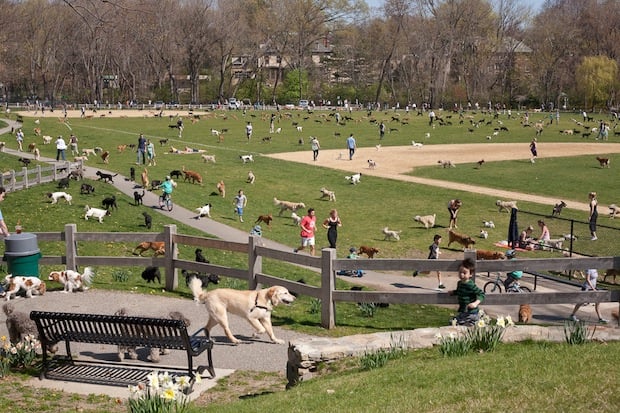 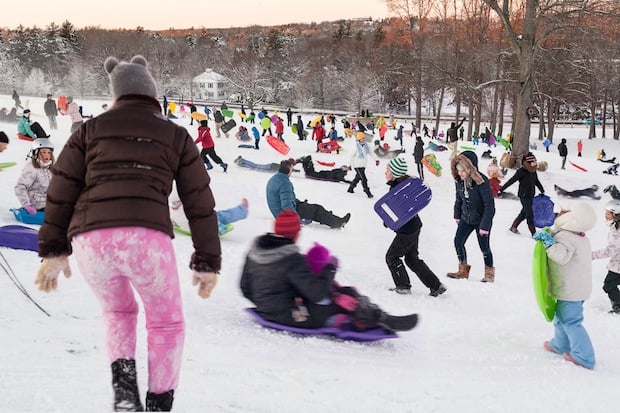 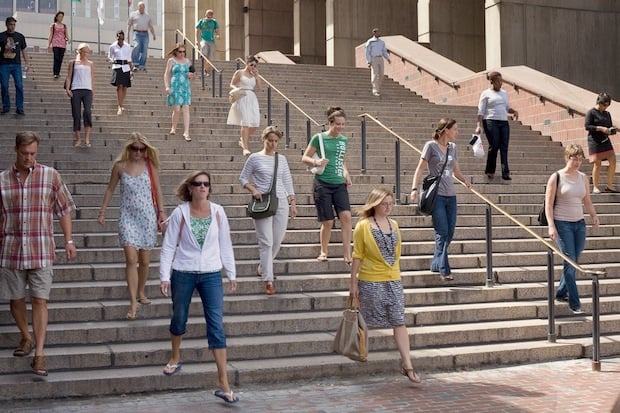 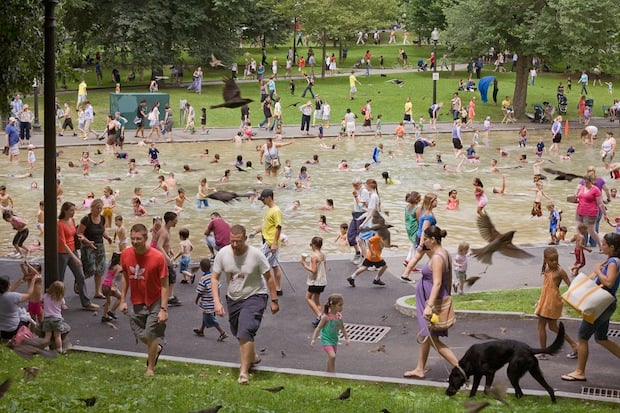 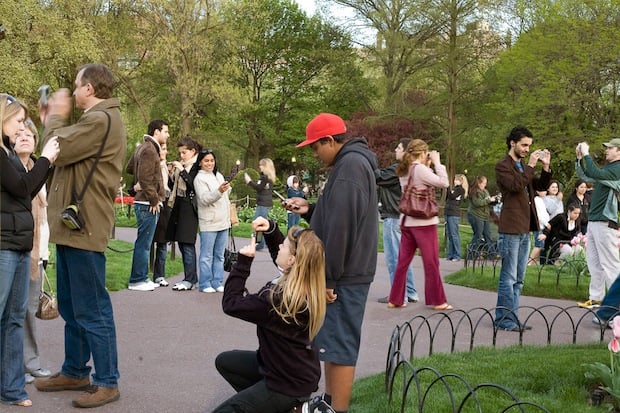 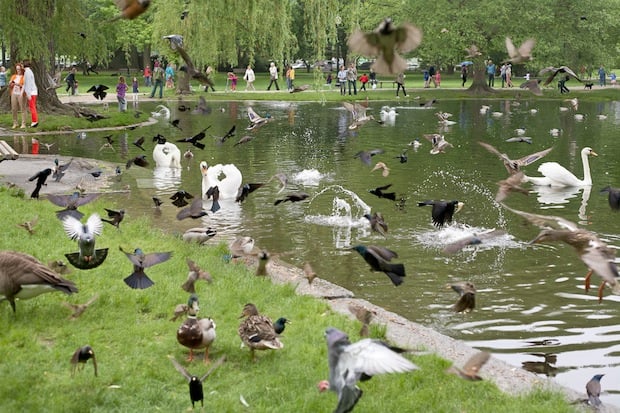 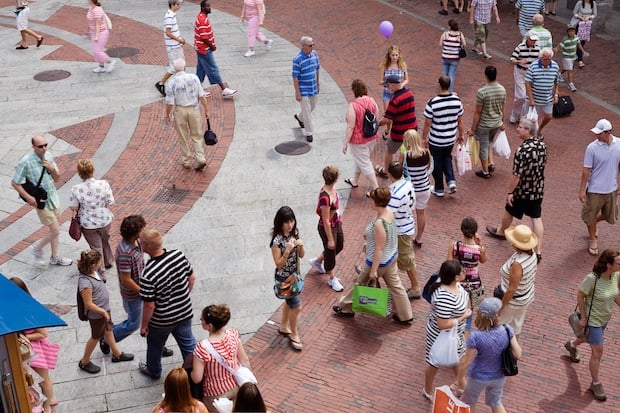 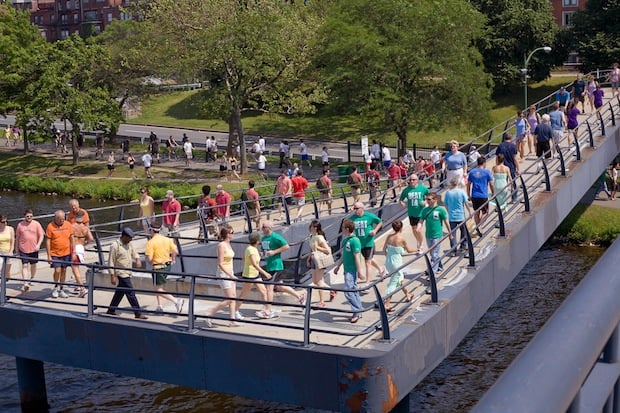 Some of the photos are more meticulously planned than others. For the above rainbow-themed photo, he made sure to photograph people wearing red at the bottom of the walkway, green in the middle, and violet at the top. But other times he just sets up his camera and shoots.

To see more photos from the Selected People series or learn more about the photographer himself, head over to his website by clicking here.

Image credits: Photographs by Pelle Cass and used with permission.

Bing Now Allows You to Filter Your Image Searches by Licence