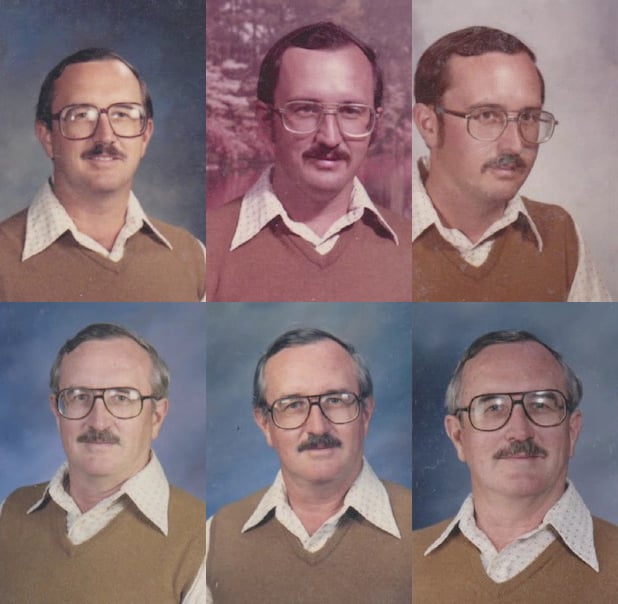 It started out as a mistake. Back in 1973, PE teacher Dale Irby wore an era-appropriate polyester shirt and brown sweater-vest to picture day. The next year, entirely by accident, he wore the exact same thing. At first he was horrified, but the next year, his wife Cathy dared him to do it again.

What started as a mistake, turned into a dare, and then ultimately into a 40-year tradition that ended this year when Irby chose to retire.

The story comes to us courtesy of the Dallas Morning News. They did a feature on Irby and his 40-year photographic tradition. From 1973 until 2013, you can pick up any of Prestonwood Elementary’s yearbooks and find an aging Irby wearing the same exact outfit. 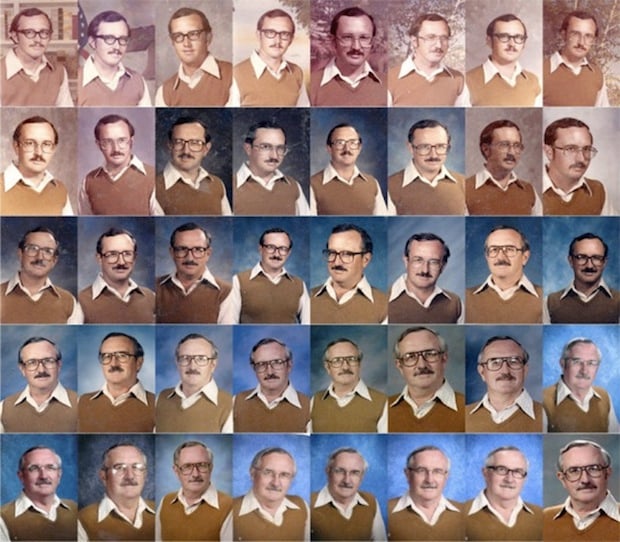 “I was so embarrassed when I got the school pictures back that second year and realised I had worn the very same thing as the first year,” says Irby. But once the dare got underway, things changed: “After five pictures, it was like: ‘Why stop?’”

Here’s a slide show of Irby and his sweater through the years:

As you might imagine, age had some effect on the picture day routine. By the end of the tradition, weight gain forced Irby to bring the shirt and sweater with him to school separately, only donning it long enough to take the photo. He admits that, these days, he can only button the shirt if he “suck[s] it in a little.”

Girl Rushes the Field at a Baseball Game, Captures a $1,500 Selfie