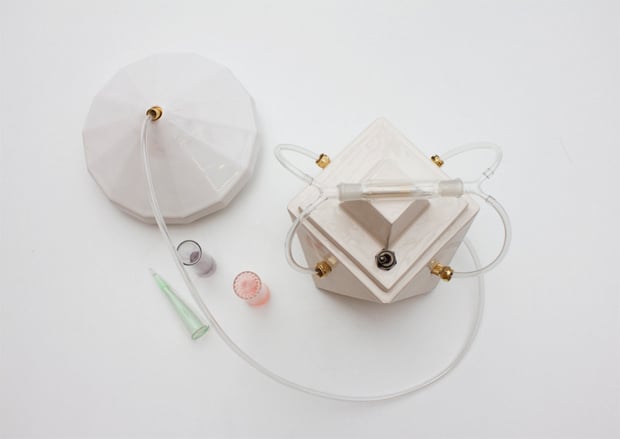 For most of us, a simple photography can remind us of a time and place, and has really served as the de facto method of capturing a moment. From personal memories to iconic events — there’s a photograph to remind us.

Designer Amy Radcliffe has a different method of capturing a moment, however. It’s a ‘camera’ that captures smell, not pictures. Radcliffe is working on the project at Central Saint Martins, an art school in London. 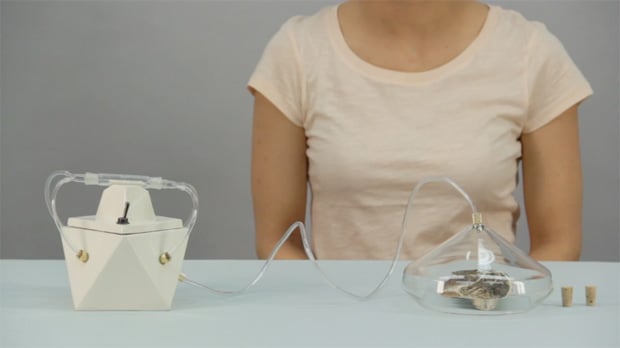 It’s system is called the ‘Madeleine,’ and it works off of techniques established in the 1970s by Swiss chemist Roman Kaiser for use in capturing smells for the fragrance industry.

“It could be anything from the smell of your old house to sniff when you’re feeling homesick, to the scent of a missed relative or partner,” says Radcliffe.

Radcliffe’s contraption consists of a rather complex-looking series of tubes connected to ceramic casing. The funnel is essentially the nostril of this electric nose, placed over the object or environment for capture. From there, the built-in pump sucks the particles that make up the smell and gets absorbed in a porous polymer resin trap.

“It processes the particles and produces a graph-like formula that makes up the smell. From this formula you can artificially recreate the precise odour,” according to Radcliffe.

It takes just a couple of minutes to capture a smell like, say, a freshly baked cake. Fainter aromas can take upwards of a full day to capture.

Much like a photographer would bring his exposed film to a lab, a Madeleine user would bring his/her exposed resin trap to a specialized lab to have it processed. The return includes a bronze disk with the formula along with small capsules of the captured scent. 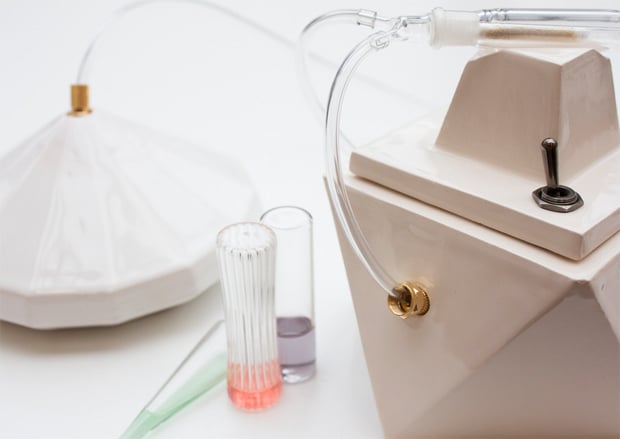 Certainly, this is a really interesting alternative method of moment capture. What remains to be seen is if this will reach a state of ubiquity in the future, much like photography has today.

Radcliffe’s Madeleine is currently looking to work with fragrance laboratories to take her design to the next step.