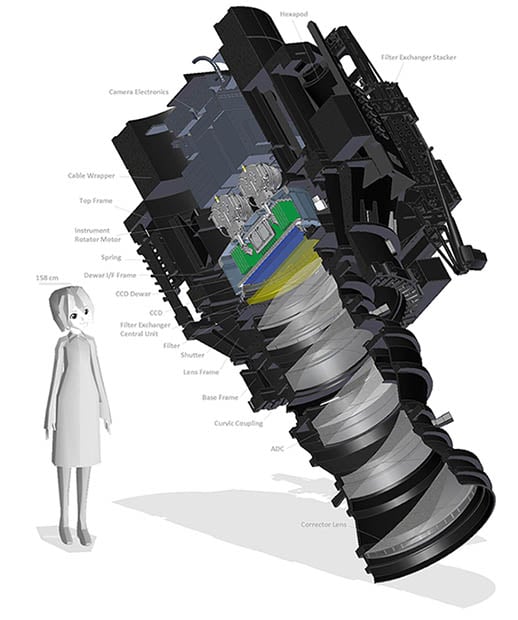 If Optimus Prime ever decided to retire from saving Earth and take up photography as a hobby, this is one camera he might consider using. Called the Hyper Suprime-Cam, it’s a 870-megapixel ultra-wide-field camera that stands 3 meters (~10 feet) high and weighs in at 3 tons. The comparison illustration above shows what the camera looks like next to a 5.2-foot-tall girl.

The 870-megapixel images are captured by 116 individual CCD sensors placed together on a focal plane in a chamber that’s kept at -100° C: 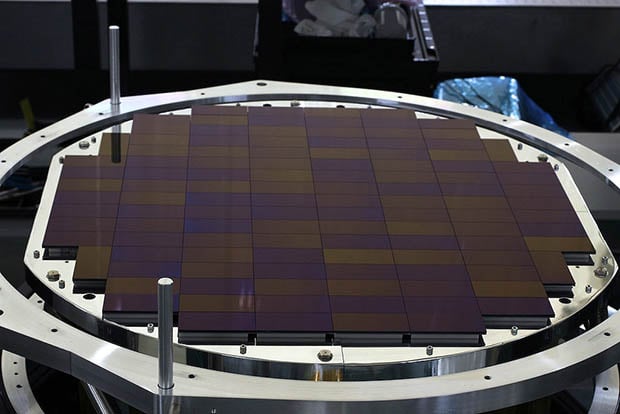 On the front of the camera is an extremely large lens that was manufactured by Canon. It contains seven optical elements, with some of the lenses up to a meter in diameter: 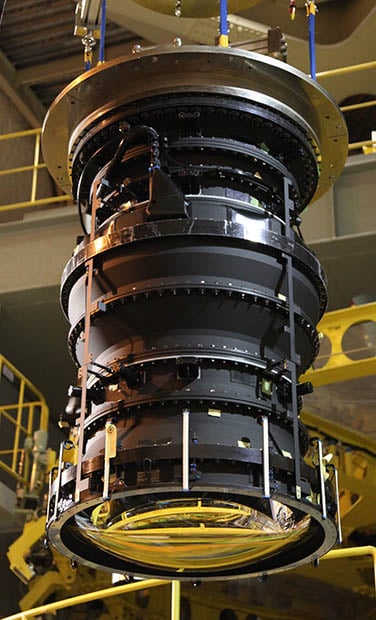 The lens actually isn’t the main “lens” of the camera. You see, the Hyper Suprime-Cam is actually the new camera unit of the Subaru Telescope, the 8.2-meter flagship telescope of the National Astronomical Observatory of Japan. The Canon-made “Wide Field Corrector,” as it’s called, is placed in front of the giant sensor in order to improve the image quality of the main telescope lens.

The focusing unit of the camera (below) was developed by Mitsubishi, and is extremely precise: the 3-ton camera can be focused with adjustments as small as 1-2 microns, which is about 1/100 the width of a human hair: 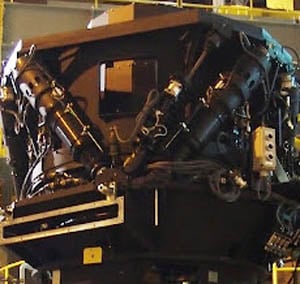 The camera was installed in late 2011 and was turned on in early 2012. It’ll be pointed toward the heavens in order to help scientists determine the distribution of dark matter in the universe.

Camera Captures Ancient Egyptian Statue Spinning On Its Own

Can You Figure Out What’s Strange About These Family Portraits?