Life magazine believed that pictures could change the world. And so, during the 40s, 50s and 60s, when the United States was at its most dynamic, Life provided the illustrations for the story of America.

Famed fashion photographer John Rankin Waddell and BBC Four went in search of the people who did this — the photographers who led the charge and turned Life into a photojournalistic superpower. The documentary America in Pictures: The Story of Life Magazine (shown in its entirety above) is the result of that search.

What made Life magazine different was their attitude towards photography and photographers. In the past we shared a short documentary about legendary photographer Art Shay, who said that working for Life was the equivalent of “playing for the New York Yankees.” 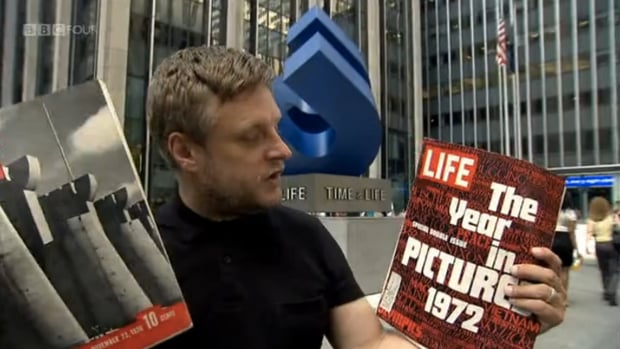 And just like the players who suit up for the Yankees, the photojournalists on staff at Life were treated well. In most magazines, the writers led and the photographer supported the story. At Life it was the other way around — the reporters even carried the photographers’ gear for them at times.

The documentary runs a full hour, so we won’t try and summarize everything here. But if you carve out some time this weekend to watch it, we’re pretty sure you won’t regret it (in fact, we’ll give you your money back if you do). Given the recent blows that photojournalism has been dealt, the story of Life magazine is a heartening one that we could all stand to hear.