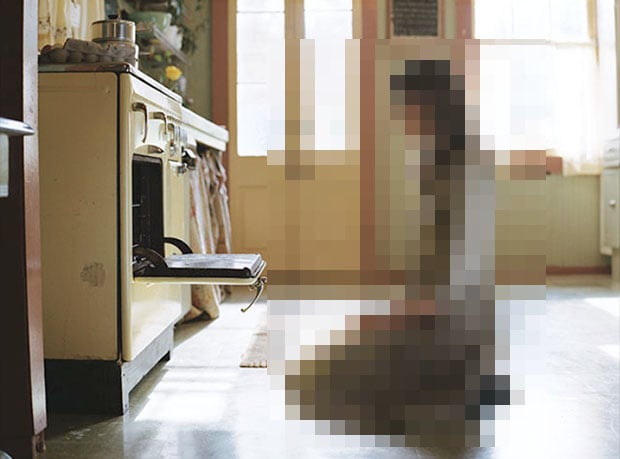 
The photo series, dubbed “Last Words,” was created by photographer Annabel Mehran using models to depict famous female writers in the act of ending it all. Scenes include poet Sylvia Plath kneeling in front of an oven, Dorothy Parker holding her bleeding wrists to a sink and historical writer Iris Chang holding a gun to her mouth (we’ve blurred out the subjects of the original photos). 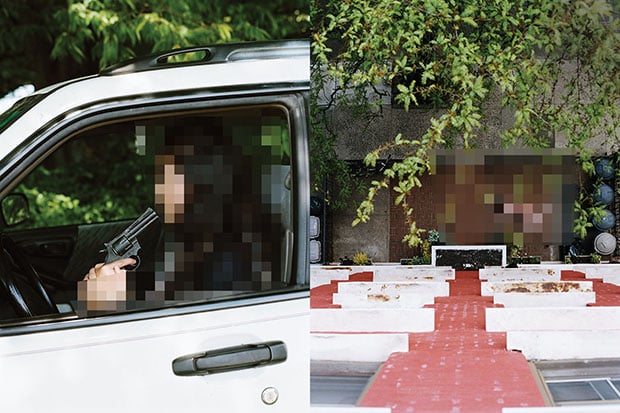 The photos, part of a fiction issue focusing on female writers, were presented as something of a fashion spread, with captions identifying designers and prices for the model’s attire, including the pair of tights a stand-in for Taiwanese writer Sanmao is preparing to use as a noose. 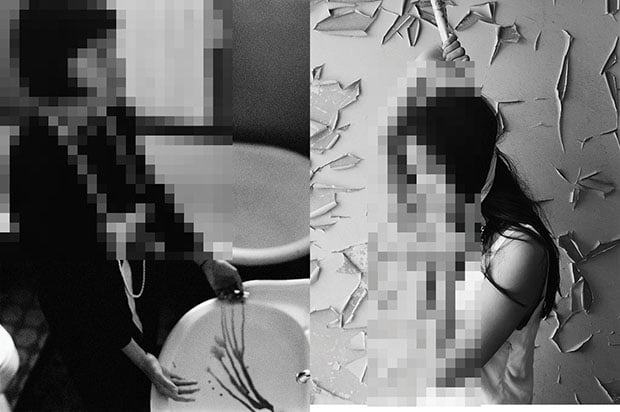 The magazine pulled the photo spread from its site shortly after it appeared, offering the following explanation:

Our main goal is to create artful images, with the fashion message following, rather than leading.  “Last Words” was created in this tradition and focused on the demise of a set of writers whose lives we very much wish weren’t cut tragically short, especially at their own hands. We will no longer display “Last Words” on our website and apologize to anyone who was hurt or offended.

VICE, which bills itself as a “The Definitive Guide to Enlightening Information” and is backed by Viacom and other major media companies, distributes free print editions in 28 countries as well as running major Web operation. Among other things, the magazine is known for sponsoring the basketball tour that introduced former NBA star Dennis Rodman to North Korean dictator Kim Jong Un.

(via News.com.au via Resource Magazine)