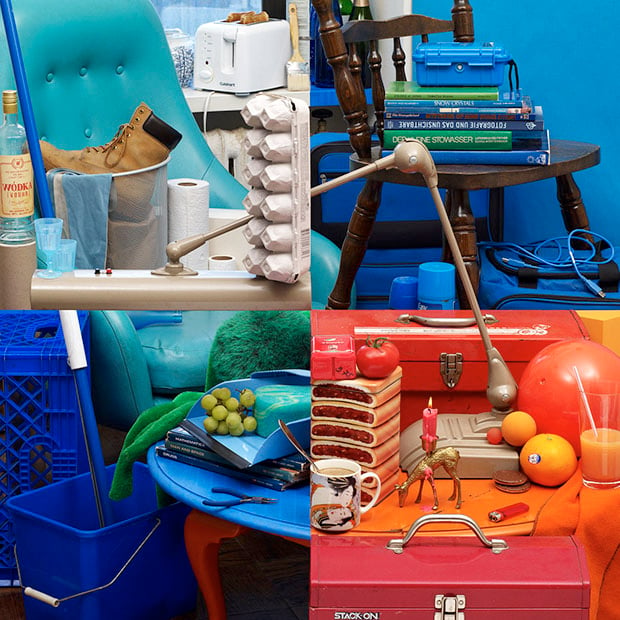 Check out this colorful photo mosaic created by photographer Bela Borsodi for the cover of the album “Terrain” by VLP (you can find a larger version here). Would you believe us if we told you that it’s actually a single photograph?


Borsodi, a New York-based advertising and editorial photographer who specializes in still lifes, created the image by carefully arranging items in the scene through the viewfinder of his camera (you can do this by fixing your camera in one location and then displaying the camera’s view on an external screen).

Through the careful positioning of objects and their edges, Borsodi was able to make a single static scene look like four separate photographs that were placed side-by-side.

Don’t believe the explanation we just gave? Check out this “behind-the-scenes” photograph captured from a slightly different angle: 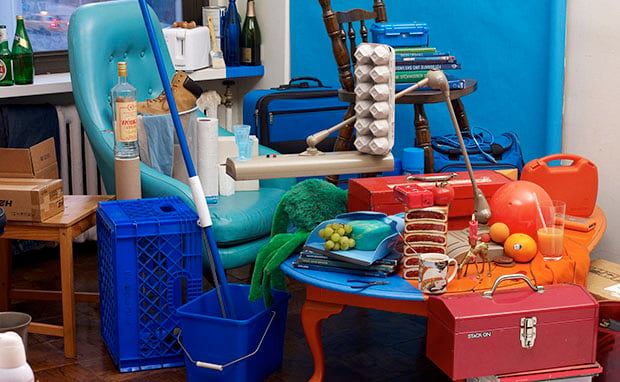 Now compare this second photo with the first one. See how everything is in exactly the same location?

Creating the photograph was a long and tedious process that involved a lot of trial and error. Here’s a video Borsodi created showing how the scene was put together from the very beginning (notice how he tries out many different objects in many different locations before finally settling on the arrangement seen above):

This actually isn’t the first time we’ve featured Borsodi’s creative perspective photographs. Back in 2011, we shared a project of his that involved creating various letters in the alphabet using carefully placed objects in a room.

Image credits: Photographs and video by Bela Borsodi and used with permission