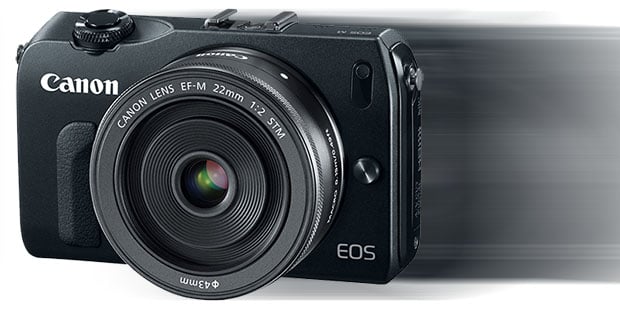 Earlier this month, Canon announced that there’s a firmware update for the Canon EOS M on the way that will boost the mirrorless camera’s sluggish autofocusing speeds by up to 2.3x. Given that AF slowness is one of the biggest gripes EOS M owners have with the camera, the news was likely music to many a EO M owner’s ear.

If you want to see what this 2.3x looks like in real life, Korean photographer Daero Lee has published a number of comparison videos showing updated and non-updated EOS Ms focusing on things.

Here’s a comparison showing the camera shooting at 18mm with the EF-M 18-55mm kit lens. Left side is old (slow) autofocus speeds with firmware 1.0.6, and right side is what the camera is like after the v2.0.2 update:

(This first test may not be a very good one due to the fact that the autofocus modes appear to be different in the two tests. e.g. multi vs single point)

Same test, except with the lens fully zoomed in at 55mm. Left is old and slow, right is new and fast: