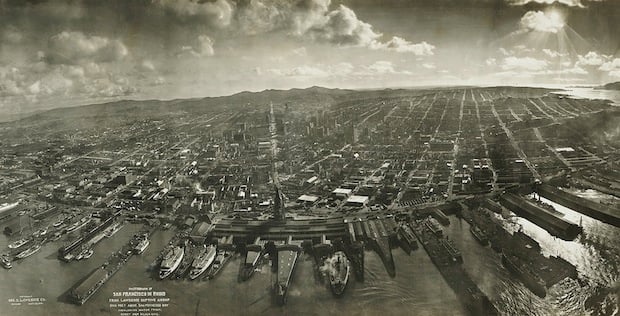 George Lawrence was a commercial photographer with a knack for engineering and business. Born in Illinois in February of 1868, his career reached its zenith in the early 1900s when he took to the skies, creating incredible aerial panoramas using an invention of his called the ‘Captive Airship.’

Lawrence’s first attempts at aerial photography involved going up in hydrogen-filled balloons. But all of that changed in 1901 when the basket he was sitting in separated from the gas bag and sent Lawrence plummeting 200 feet to the ground. He was saved by a network of telephone and telegraph wires, but he knew then that he would have to find a better way.

That’s when he came up with the idea for his ‘Captive Airship’: a massive kite train system that would allow him to take the same stunning aerial panoramas from the safety of the ground. 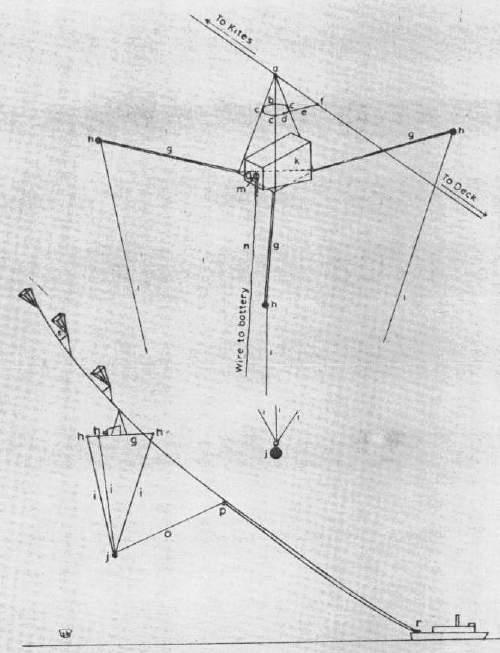 The Captive Airship consisted of 17 Conyne kites strung together on a piano wire cable. The system of kites would then suspend a 50-pound panoramic camera of Lawrence’s own construction via a three-pronged stabilizing rig. The final product, when up in the air, looked something like the diagram above.

The stabilizing system consisted of three, equally spaced 15-foot booms that radiated out from the cradle holding the camera. Each boom was equipped with a lead weight and a 120-foot-long length of silk cord at the end. Those cords were then tied together directly below the camera with an additional 3 pound weight. 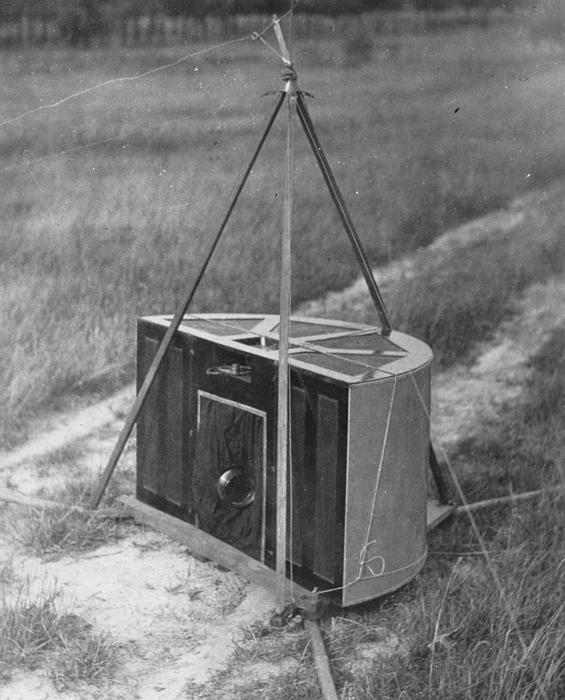 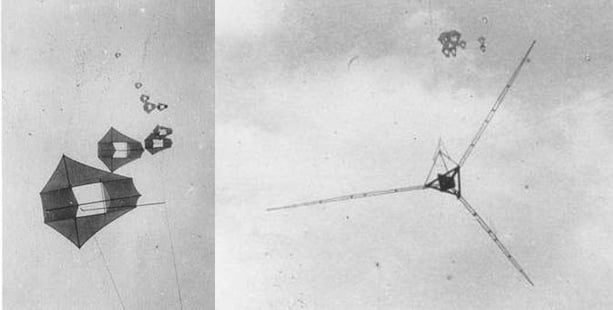 To actually take a picture, the camera’s spring operated shutter had to be triggered remotely from the ground by shooting current from a battery up to the camera, activating a solenoid. What resulted were 18 x 48-inch negatives that were taken from heights ranging from 400 to 2,000 feet.

Here’s a sample of the kind of photography Lawrence and his Captive Airship were able to capture. Interestingly, Lawrence’s panoramic camera would always catch a glimpse of at least one of the stabilizing booms because of its large field of view. So even in the early 1900s, Lawrence often had to spend time “in post” removing them via retouching. 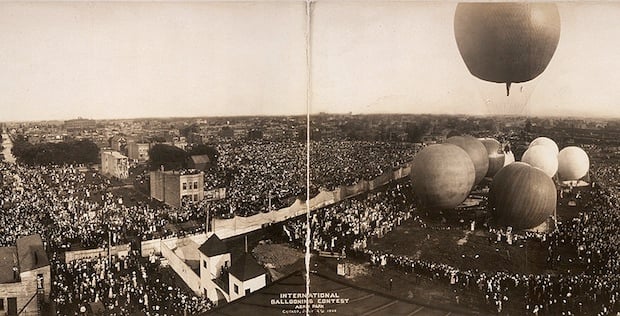 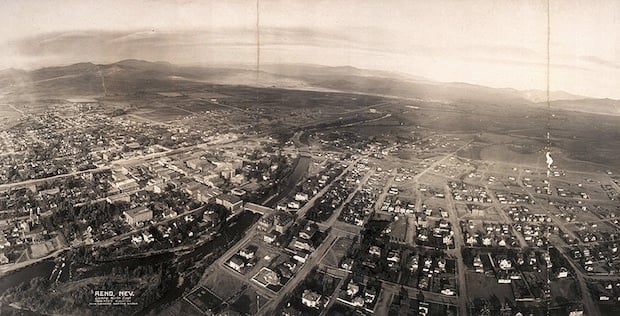 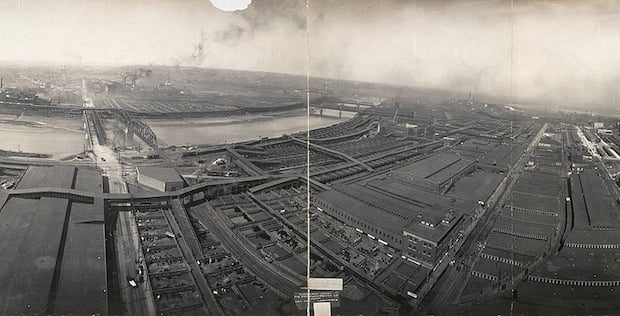 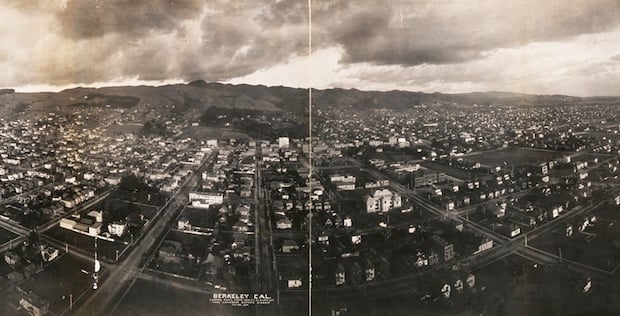 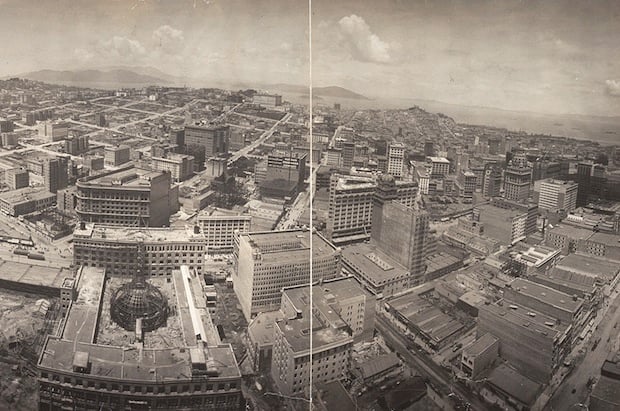 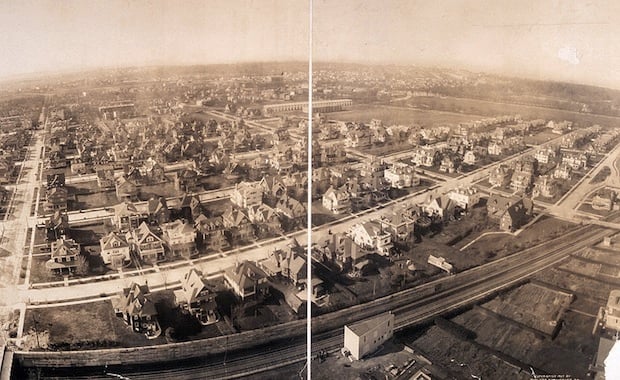 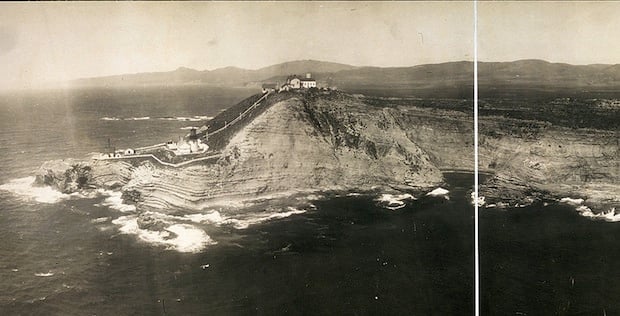 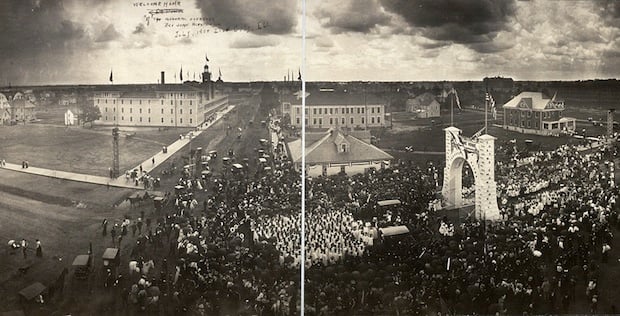 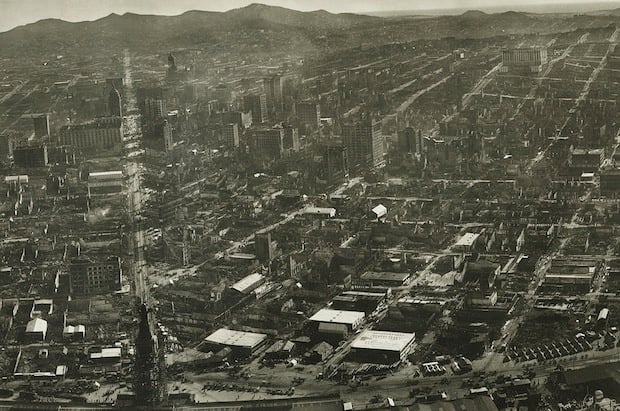 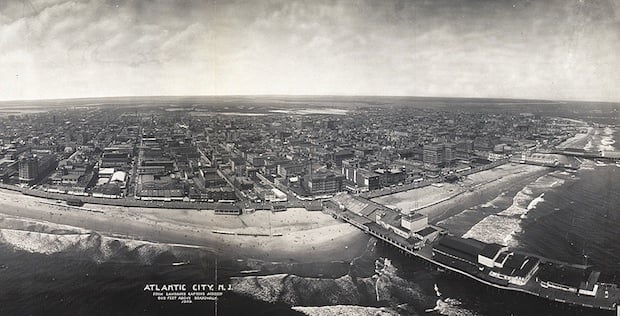 These prints made Lawrence a pretty penny in his heyday. The photograph at the top is one of his most famous, capturing San Francisco from 2,000 feet above the bay after the devastating earthquake of 1906.

Each of the resulting prints sold for $125, racking up a $15,000 profit for Lawrence. That might not seem like much at first glance, but that’s equivalent to over $380,000 by today’s standards — and all from one photo.

Lawrence ultimately turned away from photography and towards a successful career in aviation design in 1910 after some embarrassing personal issues. He passed away in 1938, at the age of 70, leaving behind a series of brilliant photographic inventions and a collection of stunning panoramas.

Gloomy Portraits of Zoo Animals Living In their Manmade Worlds