In the past month and a half, Magic Lantern has seemingly made the impossible possible by bringing high definition RAW video to several Canon cameras and turning the cinema camera world upside down. With how fast these most recent updates have come out, it’s easy to forget how much work has gone into Magic Lantern over the years.

A1ex from Magic Lantern’s main development team wanted to remind us, and so he created this video representation of the work that the team has had put in to go from humble beginnings to the hack’s current level of awesomeness. 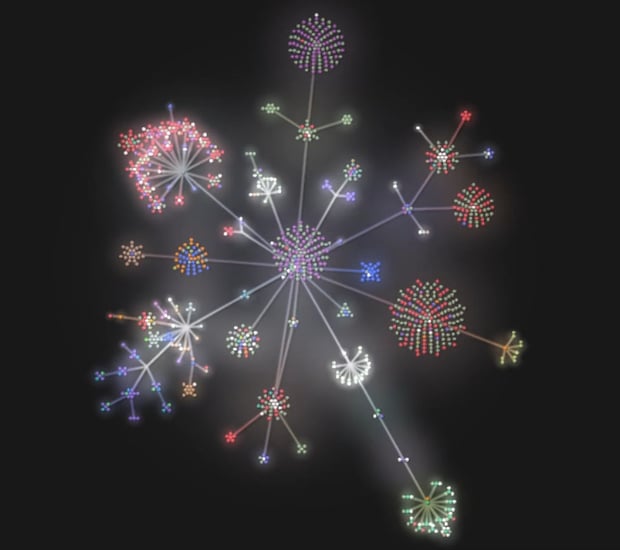 It’s mind-boggling to watch. From the beginnings of the source code to the expansion to different cameras, the literal “web” of code that is Magic Lantern has come a very long way — and improvements are still always being made.

The video also does a good job of showing just how much development has taken off for Magic Lantern as of late. In the beginning, it was only a few users working hard to make improvements here and there. Starting about six months ago, things really took off as more and more dedicated programmers took time out of their day to squeeze, prod and pull every last bit of performance they could out of their digital cameras.