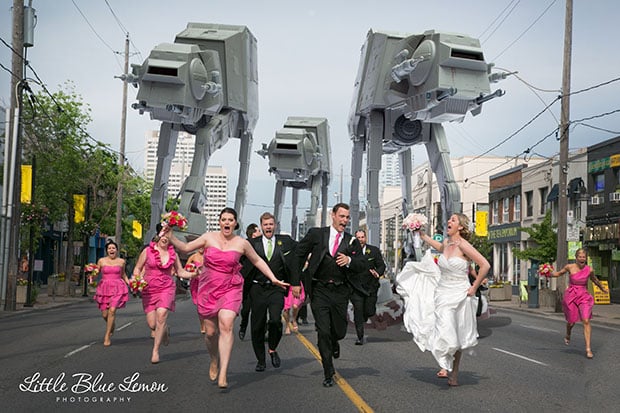 There was a shot floating around the internet last week of a bridal party being chased by a dinosaur. It’s funny, admittedly. So here’s our take on the idea…mostly because Leslie (and us) are huge Star Wars nerds! We couldn’t resist their bridal party getting chased by a squad of Imperial AT-AT Walkers! lol. So for all you Star Wars fans, this ones for you.

As with the T-Rex chase photo, the facial expressions in this latest image are pretty classic: 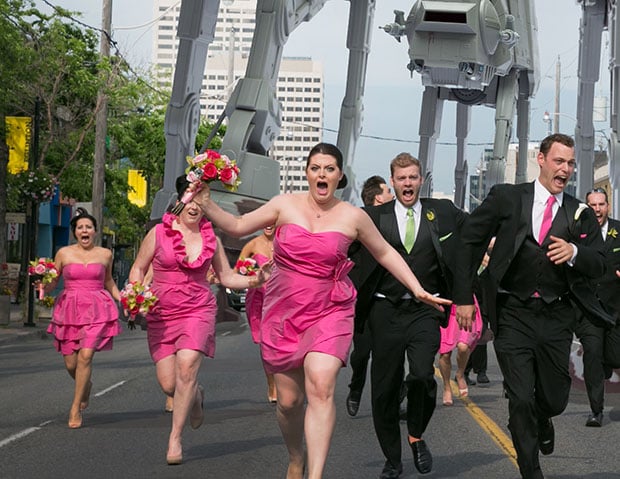 You can find a larger version of the shot over on the Little Blue Lemon blog. We’re guessing it’s only a matter of time before a dedicated Tumblr page pops up to showcase photos of wedding parties running away from things.