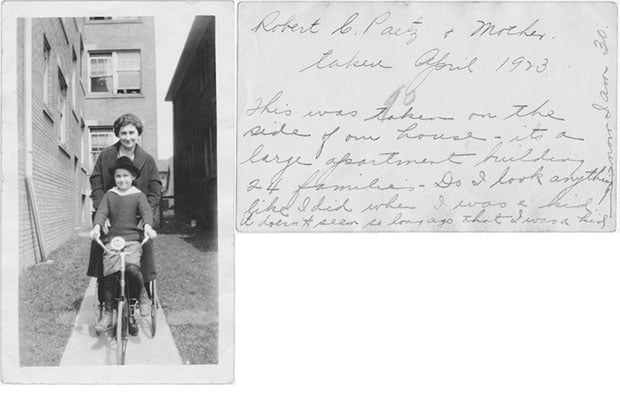 About a year ago, I was sitting around narcissistically Google-ing myself when I came across the photo above of “Robert C. Paetz + Mother”. It was dated 1923 and was being sold for $12 by a man named Paul in Northern California.

I quickly did the math and figured it was my 93-year-old grandfather and my great-grandmother, Matilda (who eventually lived until 102 when I was 16).

My wife Felicia contacted Paul, sent him a check for $12 and inquired about where he found the photo. He told us he found it at Pauline’s Antiques in Alameda, CA while rummaging through photos, looking for ones with names on them to sell online to narcissistic self-Google-ing family members.

He has never before sold a picture of someone who was still alive, so he was quite excited.

Over our last couple trips to Northern California, we have tried to make our way to Pauline’s, but they always seemed closed for this or that and it never worked out for us. On a weekend back in September 2011, on our way to Napa for a wedding, we showed up to the open store at 4pm and immediately hunted down their old photos, only to stare in dismay at what must have been a pile of 20,000 pictures in a giant heap — and the store was closing in 1 hour.

We began rummaging, systematically trying to look at the front and back of every single picture for either someone we recognized or a name written on the back we recognized. Within 12 minutes and the first 500 pictures, I came across a second picture above of Robert C. Paetz alone: 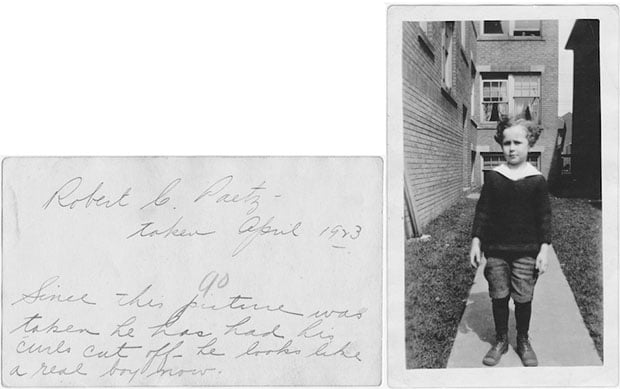 It was taken at the same spot as the first and judging from the nosey neighbor in the 3rd floor window in the background, they were just moments apart. I love his hair and stunning fashion sense.

Over the next hour we continued searching. Pauline and the staff there graciously let us stay after hours for 40 minutes to keep looking, but the only other photo of significance we found was what we think is probably Matilda’s sister – my great-grand aunt.

About 10 minutes before they finally asked us to leave we felt like we had frantically looked at almost all the pictures and were happy to have found one confirmed picture of my grandfather. Then Pauline came over and off-handedly informed us that she has “crates and crates more photographs” deeper in the store. Sigh… now we have to make a return trip to Alameda… There were a few other images I came across that I just loved and decided to spend the $0.50 each to buy, just so I can put them up in our house. One was from Passau, Germany, where I spent a few nights in 2007.

Below is an unidentified French town with no date. The only reason I know it’s France is from the “Dubonnet” advertisement on the side of the building in the foreground: 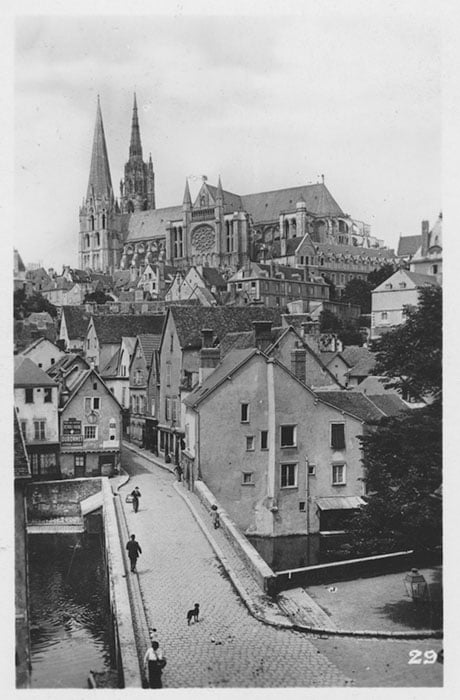 Here’s my grandfather Robert Carl Paetz Sr. with the first picture we found of him: 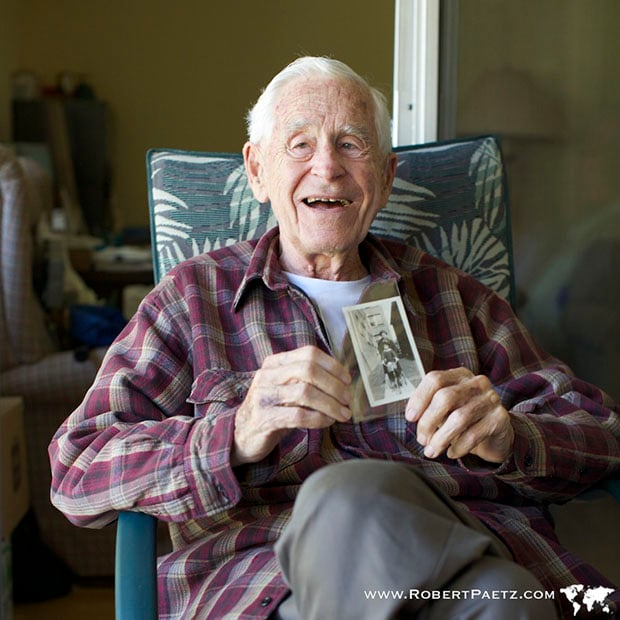 He had a stroke a couple years ago and normally has trouble getting his thoughts formed into words, but as soon as we handed him the picture it all came back and he told us where in Chicago it was and how he had just got the bicycle for his 6th birthday. He came to life, just by holding an old print. Powerful.

It makes me want to go on a printing spree for all my images that never leave my computer and it makes me hope my clients print as much as they possibly can. It may not seem like much now, but a print becomes a historical record that someone in the future, someone that may not even exist yet, may value immensely. I’m glad my great-grandma Matilda had taken the time to label and caption some of these prints.

About the author: Robert Paetz started documenting his travels and photography in his blog ‘Mom Says I’m Running Away‘ in 2006. He met his Singaporean wife-to-be Felicia Wong while they were each traveling solo in Tibet in 2007, and together they are now Los Angeles-based wedding photographers. You can find them on their blog and website. This article originally appeared here.