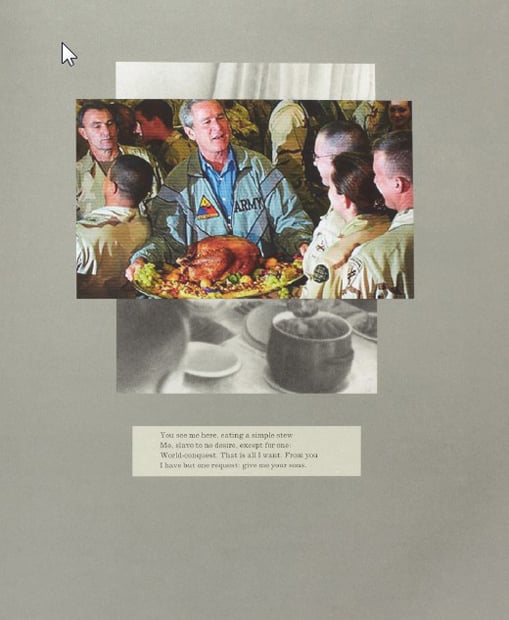 A pair of British artists has won the Deutsche Borse Photography Prize for a work that combines war images with text. It is the first time the prestigious photography prize — described as the “biggest” and “most prestigious” photo prize in Europe — has been awarded to a pair of artists.

“War Primer 2” is inspired by influential author/playwright Bertolt Brecht‘s “War Primer,” a 1955 work that combined his poems with World War II-era newspaper clippings. In revisiting the work, artists Adam Broomberg and Oliver Chanarin paired Brecht’s original work with contemporary images taken from screen grabs and mobile phone photos documenting the war on terror. The work was printed in a limited-edition fine art book before being released as a free e-book.

Established in 1996, the Deutsche Borse award is intended to recognize the artist/s “who has made the most significant contribution (exhibition or publication) to the medium of photography in Europe in the previous year.” This is the first time a pair of artists has won the £30,000 prize. 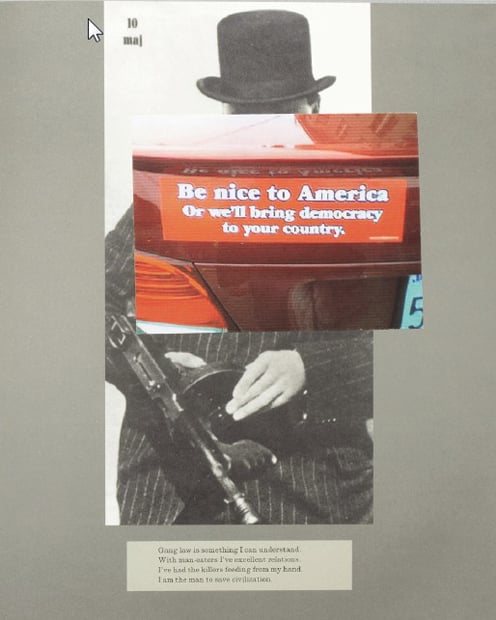 A jurist applauded Broomberg and Chanarin for the way in which the project “pushed the boundaries of the medium, exploring the complex relationship between image and text while drawing on elements from both the past history of photography and the present image economy.”

Other artists recognized by the panel included Mishka Henner for “No Man’s Land,” Chris Killip for “What Happened – Great Britain 1970-1990” and Cristina De Middel for ” The Afronauts.”

How to Add Dynamic Clipping Warnings to Photoshop

10 Ways Photography Can Change Your Life (It Changed Mine)