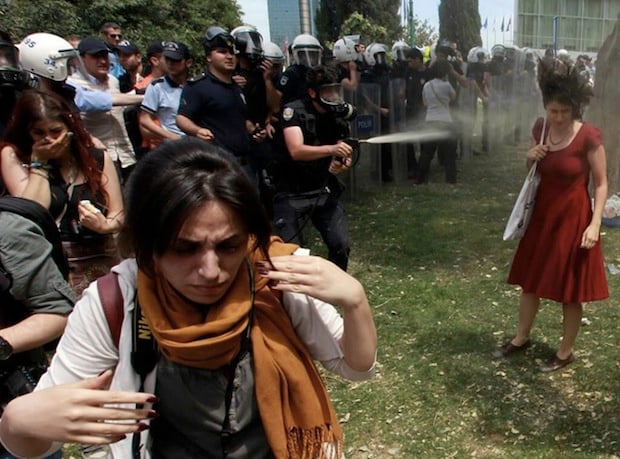 Photos of the clash between the Turkish government and the country’s people have been trickling down from many sources. Even as news outlets are accused of remaining purposely ignorant of the matter, professional and amateur photographers alike have taken to Facebook and other social media sites to spread the word and show the world what is happening.

But one of those images — one depicting a “lady in red” non-threateningly holding her ground as she gets blasted with pepper spray by a police officer — has become more than a mere photo, rising to the status of “symbol.”

The actual “Lady in Red” from the photo is Ceyda Sungur, a research assistant at Istanbul Technical University who had no idea that this photo of her would have such a widespread impact. On May 28th, she simply joined what began as a peaceful protest against government plans to turn Istanbul’s Gezi Park into a shopping center. 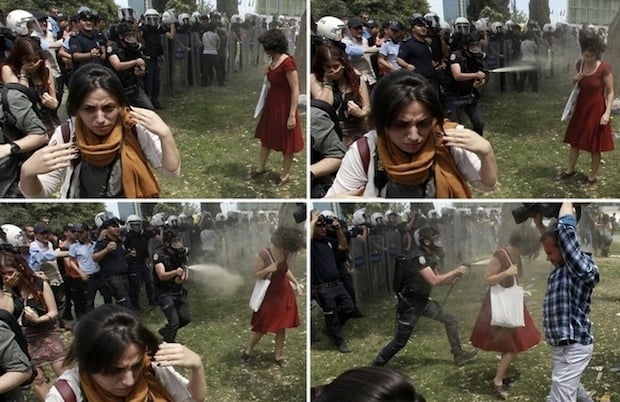 Once the police began employing tear gas, pepper spray and water cannons to disperse the crowd, the peaceful protest deteriorated into an all out riot — that’s when Sungur found herself face to face with a police man and his pepper spray.

The photo was taken by Reuters photographer Osman Orsal, and over the past couple of weeks has come to symbolize the unreasonable force that police have been accused of using to quell the anti-government riots that have now spread all over Istanbul. Artists have even used it to create cutouts that others can place their face in for photos: 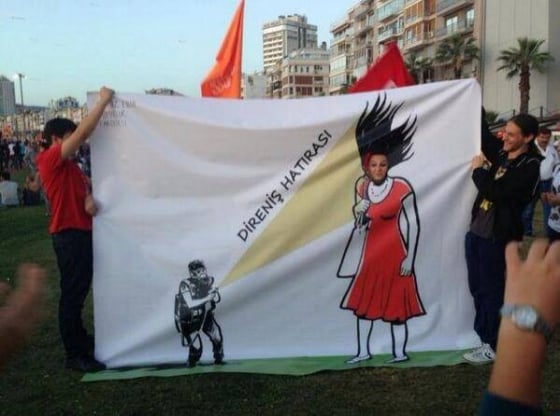 Ironically, Sungur doesn’t want to be (or at least isn’t comfortable being) a symbol. Once the photo and its story went viral, she was approached by a plethora of media outlets who wanted to hear what she had to say, but thus far she’s accepted only one interview with a Turkish website.

In that interview, she expressed her feelings about the matter:

Whether or not she wants to be a symbol, however, doesn’t seem to matter. The Washington Post called the photo an “iconic and affecting symbol,” and if history is any indication, once a photo reaches that sort of status, it tends to stick around in people’s memory.

Photographing Earth from the Cupola on the International Space Station