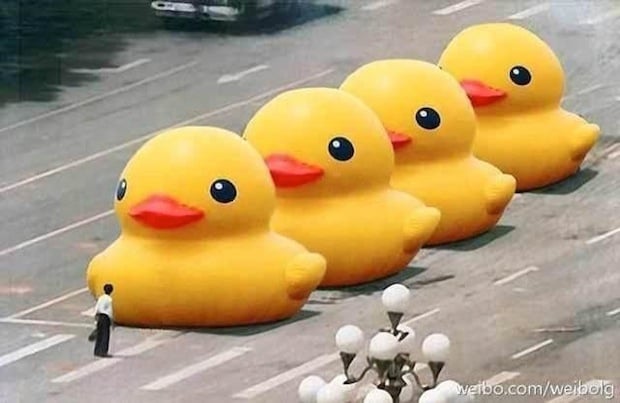 Yesterday was the 24th anniversary of the massacre in Tiananmen Square — an event that has been immortalized in history by AP photographer Jeff Widener’s famous “Tank Man” photo we shared earlier today. What you may not know is that, in China, the government still does everything it can to keep the event shrouded in mystery, pretending it never happened.

The Internet, however, is having none of it, as memes depicting the tank man photo in ways that might avoid censorship nets spring up all over the place. One of the most viral is the photo you see above.

The duck meme was inspired by the massive yellow ducks installed in Hong Kong’s Victoria harbor. Some unknown person took images of those ducks and used them to replace the tanks in the famous Tank Man photo below: 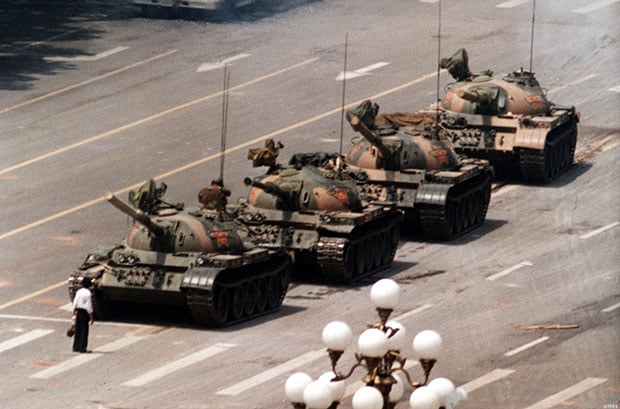 The photo emerged first on the Chinese microblogging website Weibo, and has since received so much attention that Chinese authorities have added the term “big yellow duck” to a massive list of banned terms. Other forbidden words include “June 4th,” “today,” and “remember.”

No official death toll has ever been released from the student-led demonstration in Tiananmen Square — simply referred to as “The June 4th Incident” in Chinese — but estimates range as high as one thousand.