There has been no lack of controversy surrounding the announcement of Adobe’s new Creative Cloud product line, and the California-based company is well aware. So much so, in fact, they’ve come out with an update to address some of the major concerns in moving from their traditional boxed-copy to subscription-based model.

Those concerns include the inability to recover files in the event a customer’s subscription expires or lapses, the fact that photography enthusiasts may be looking for a more tailored offering (as opposed to an entire suite of products they’re paying for but will never actually use), and the basic fact that some individuals just may not be ready to move to subscription services, plain and simple. 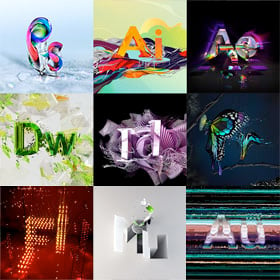 On the matter of file recovery in the event of subscription lapse, Adobe “completely agrees that customers should have access to their files if they choose to stop their Creative Cloud membership.” The company says they’re looking at a number of options on this front and expect to report back in the near future.

For the photography enthusiast, Adobe is considering “potential offerings that recognize the photography community – because it is so broad – has some unique needs.” So, nothing really concrete on that front, either.

For the folks who simply aren’t sure they want to move to a subscription model, Adobe is adamant that Creative Cloud is the way of the future:

“We continue to believe that the move to Creative Cloud will benefit the wider creative community because of the constant stream of innovation that we’re able to deliver.”

Even though the company hasn’t really directly addressed the concerns mentioned above, they do still offer users who are refusing to move to Creative Cloud the option to purchase Adobe CS6, which will be the last of the Creative Suite line of products. We’ll have more on this as news from Adobe becomes available.

Our Move to Creative Cloud: An Update [Adobe]

Image credit: Cool to see the work @emilychang and I have done on Creative Cloud on the Adobe MAX stage :) by Max Kiesler

Photographer Pops the Question Using the Viewfinder of His SLR Camera