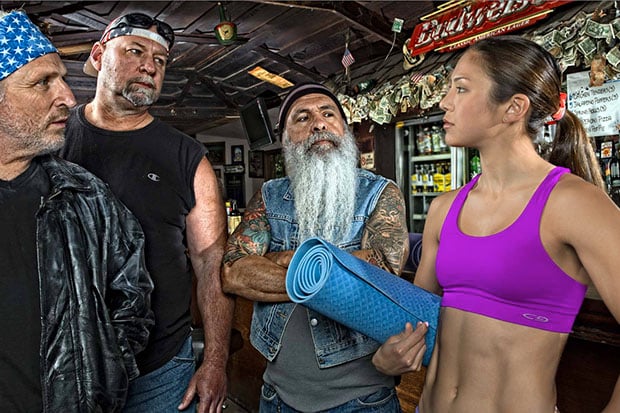 I’ve spent a lot of time over the last couple of years shooting personal projects as a way to get hired by the companies with whom I really want to work. When I began this process, my images were fairly tame. I assumed that mainstream and technically-correct images were better than free-form zaniness.

But then I started attending portfolio reviews, where I had the opportunity to sit down with industry buyers to find out what it is they really wanted to see. It was surprising to discover that my loopier ideas resonated more, even if they weren’t necessarily in the style of the company to whom I was pitching.

For example, I showed this to a bunch of different folks, and the response was generally warm but not amazing: 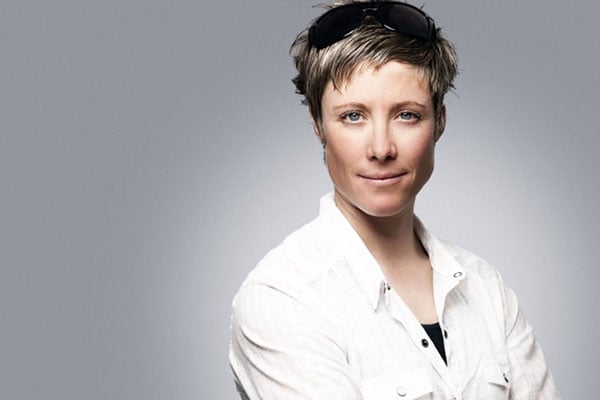 Do I like the image? Sure. Is it the best image I’ve ever made? Well, no. Was it getting me work? Negative.

After each of these meetings, I found myself wondering what I could shoot that would really hit them over the head. I tend to think in concepts. Big, grand, super-expensive concepts that I could never realistically shoot. But I knew that in order for the personal work to have any meaning for me, it would need to be something that really fired up my imagination.

That’s when I realized it’s most important for me to like the image, and of only secondary importance for the industry people to like it. I don’t intend that to sound mean, it’s just that if we don’t believe in our own work, how can we expect others to?

So, I began to cast around for crazy (i.e., unusual) ideas that I could actually pull together on a budget. And that’s when I stumbled on “Biker Yoga”: 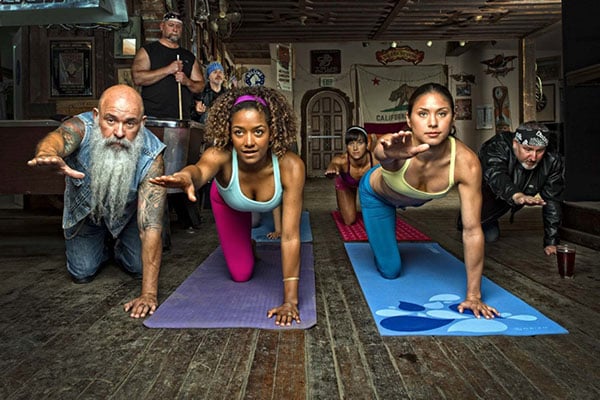 This particular shoot had a couple interesting effects. 1) I had fun thinking it up and shooting it. 2) People remembered it after seeing the images.

The concept did what it was supposed to; it generated action with the viewer. Most of the successful commercial photographers I’ve met over the years have kept their careers rolling by allowing their imaginations to run wild with personal projects. And that’s the key here.

No one is impressed with technically-accurate-yet-rather-dull images. Equally, no one wants to see poorly-executed high concepts. But if you can marry the technical with the creative, you’ll start getting traction. At least, that’s been my experience. 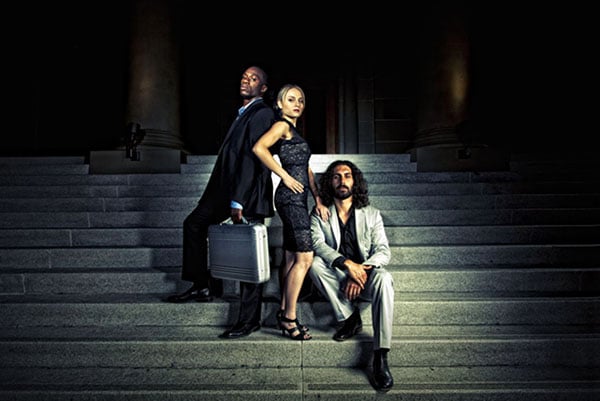 Case in point: I had another concept (see above) that I’d wanted to shoot about a TV script I’d written. The problem I had with that one, however, was that I found myself needing to explain the concept as the people were looking at it. This was all fine for the face-to-face meetings, but the image wasn’t memorable enough by itself. I hadn’t pegged the needle on the crazy-o-meter.

Years ago I studied screenwriting, and our teachers were constantly asking us to come up with concepts. “It’s Die Hard in a Port-a-Potty!” or “Forrest Gump meets Citizen Kane!” Crazy, right? But effective. You can actually see those two ideas quite visually. They’re memorable just for being over-the-top. And even if they don’t get you work, they will at least help folks recall your name. And that’s the first step.

So, let that imagination run wild. When trying to figure out your next personal project, don’t be afraid to head for Crazyville. It might just be the sanest thing you do.

Photo Recursion Effect with Smartphones in a Circle