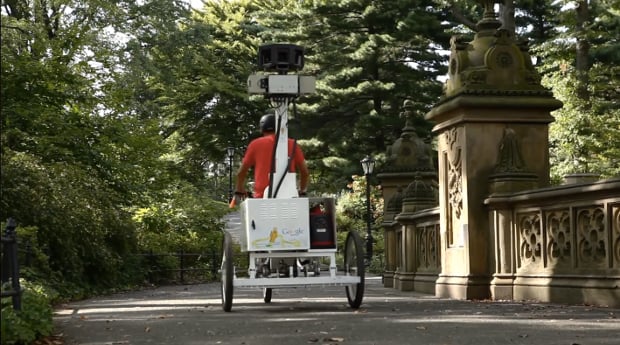 In partnership with Historypin and the Central Park Conservancy, Google has decided to expand its Street View repertoire once again, this time letting out-of-towners experience three of The Big Apple’s most historically significant locations: Central Park, The 9/11 Memorial and places affected by Hurricane Sandy.

Google announced the update earlier today on its Lat Long blog, explaining that they chose these parts of New York for how well they “embody the spirit and strength of the city and its people.” 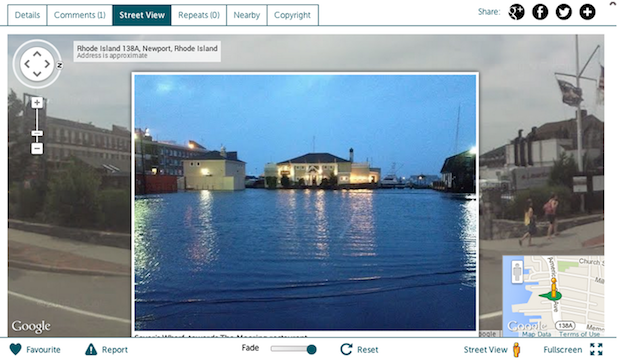 Each of the three locations required their own approach. For the parts of NYC affected by Hurricane Sandy, Google partnered with Historypin to create a photo and video album titled “Hurricane Sandy: Record, Remember, Rebuild.” The album (screenshot above) lets users scroll through and even contribute images that show both the devastation the hurricane left in its wake, and the die-hard spirit it couldn’t squash.

At the 9/11 memorial, users can use Street View to view panoramic images of both the North and South pools, and pay their respects to the victims whose names are engraved there. 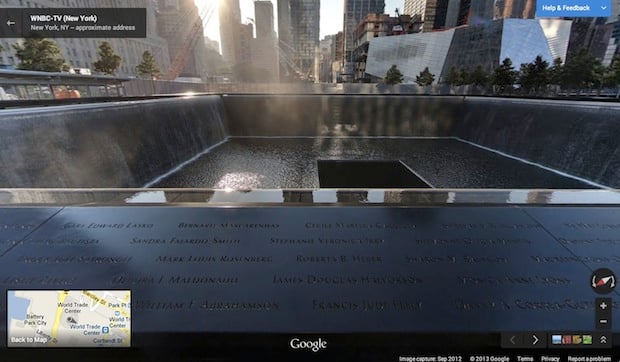 Finally, for Central Park, Google enlisted the help of the ‘vehicle’ you see at the top. All of the roads in and around Central Park were already in the system, but this time around, the Street View staff added every walking tail and path inside the park.

Now those both at and away from the Central Park need only take out their phones to take a 360-degree panoramic walk through both the well-known and lesser-known parts of the historically significant area.

To learn more and/or see all the locations for yourself, head over to Google’s Lat Long blog for the full announcement or visit the Hurricane Sandy album, 9/11 Memorial and Central Park at their respective links.