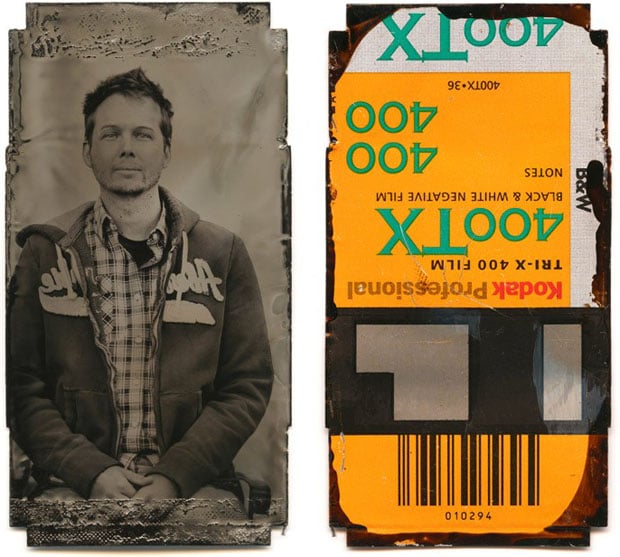 36 Exposures is another project of his that uses unconventional materials for creating old school photos. It’s a series of tintype photographs that were created using 35mm film canisters.

Adams came up with the idea for the project after teaching an “Introduction to Photography course.” Students in the class had learned the basics of photography using film cameras, and their work in the darkroom produced a pile of discarded film canisters.

Seeing that these canisters played a crucial role in his students’ initial understanding of photography, Adams decided to upcycle them into photographs.

Each canister was flattened from a cylinder into a rectangle and then used as the metal base for tintype portraits of the students. Each of the resulting piece looks like a flattened film canister on one side, but flip it over and you’ll see a beautiful photograph created through the labor-intensive collodion process from the 19th century. 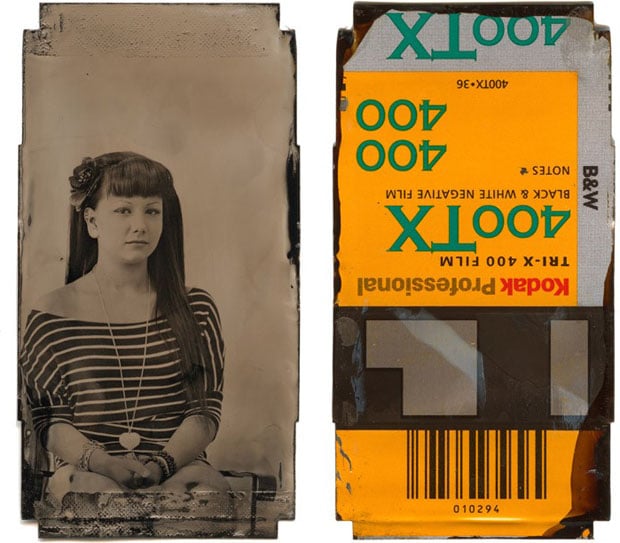 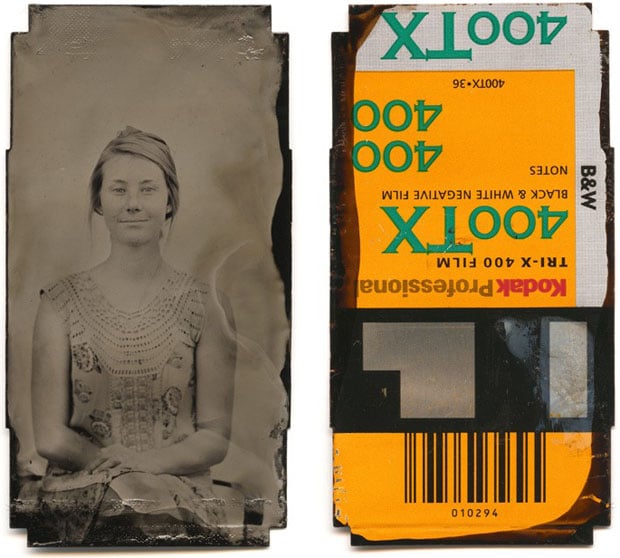 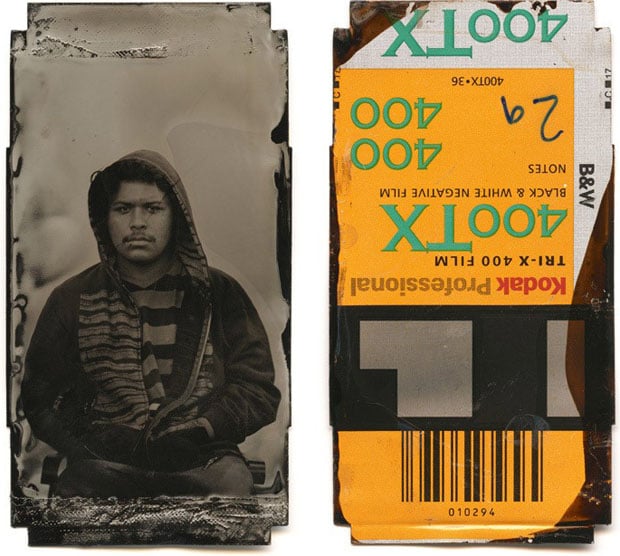 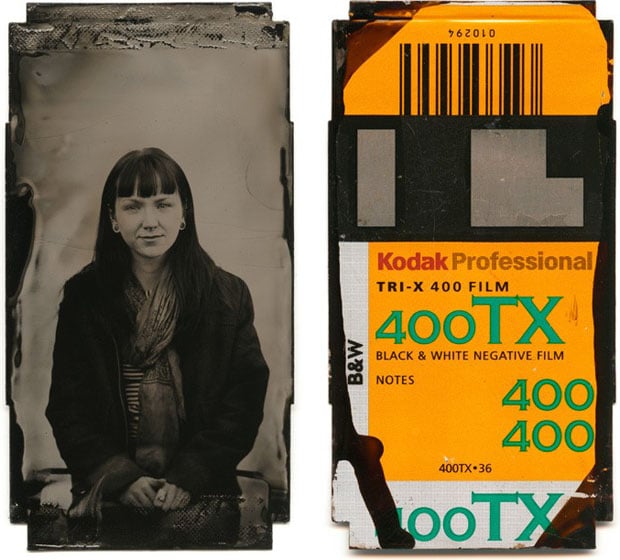 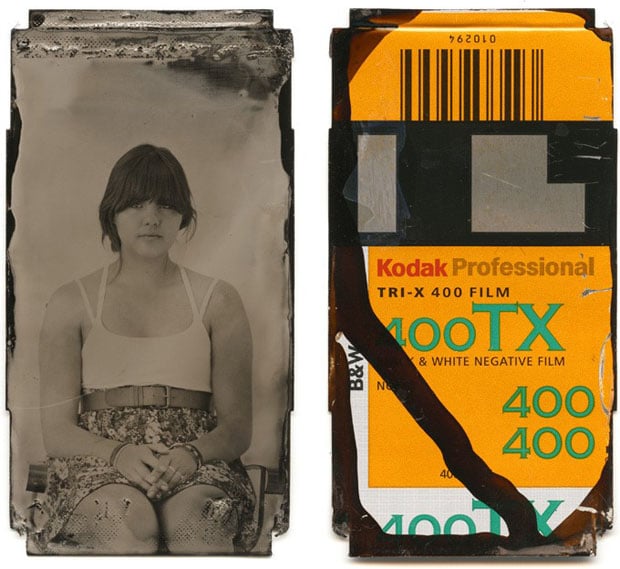 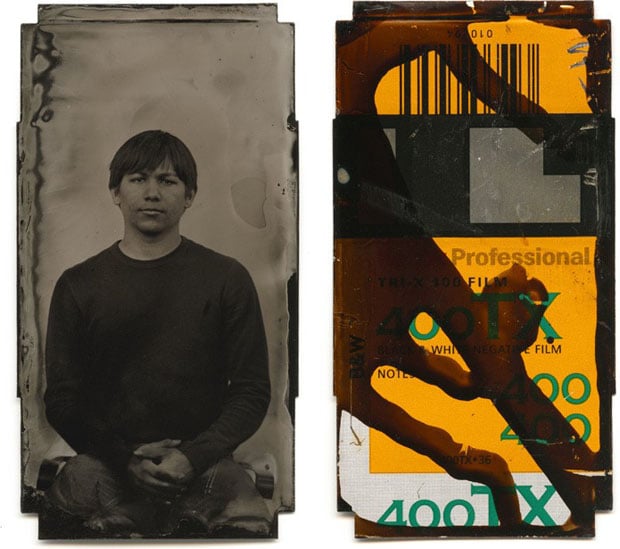 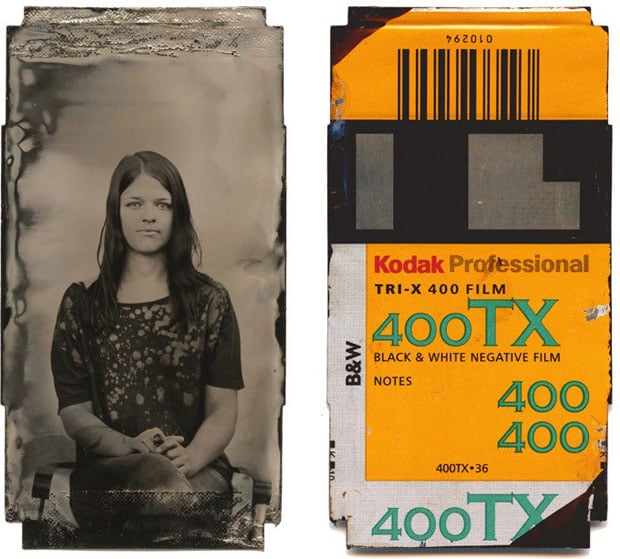 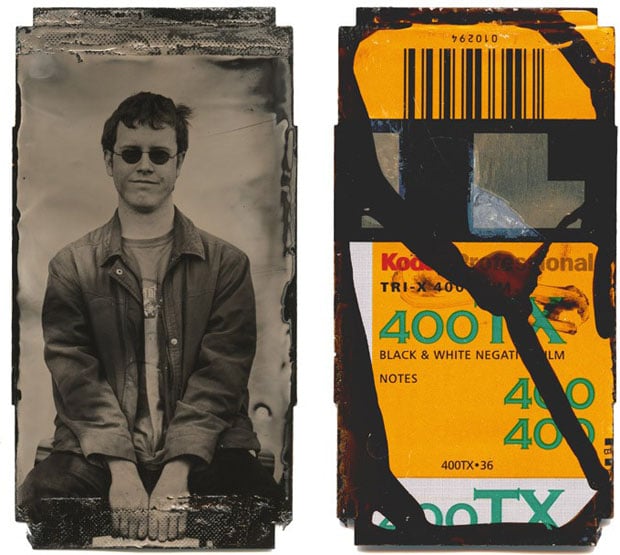 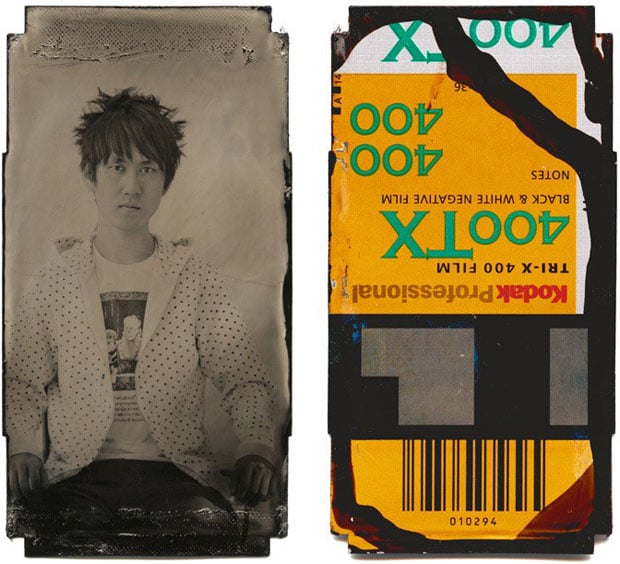 In addition to the tintypes themselves, Adams also created a gorgeous display case out of mahogany to store and show off the work. The case looks like a wooden box when it’s all packed up: 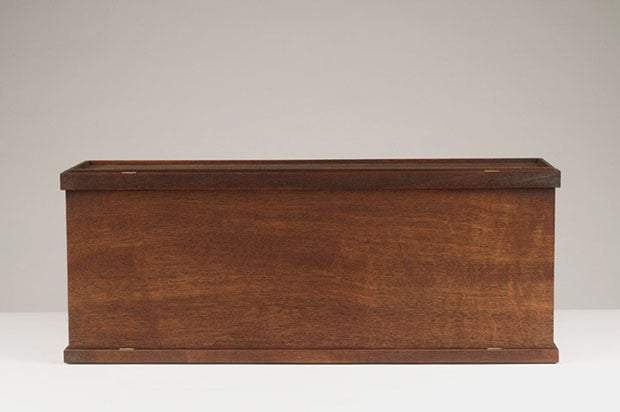 Open up the side, and you’ll see the collection of tintypes stored in wooden holders: 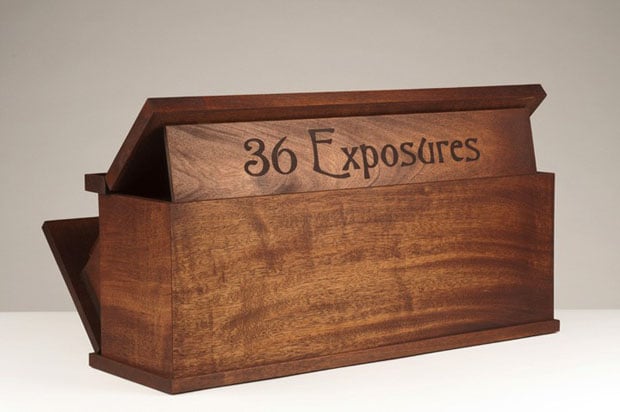 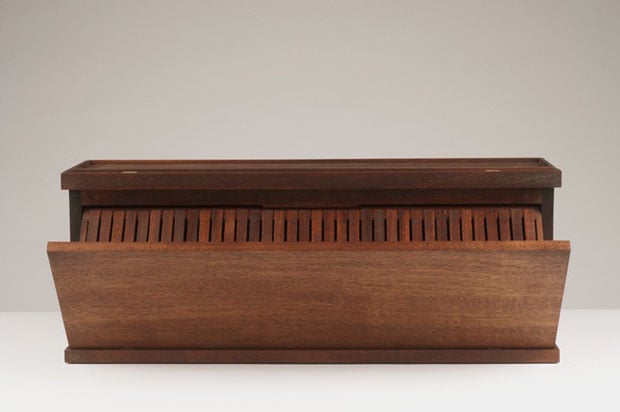 Lift up the top of the box, and the lid becomes a stand on which the portraits can be proudly displayed: 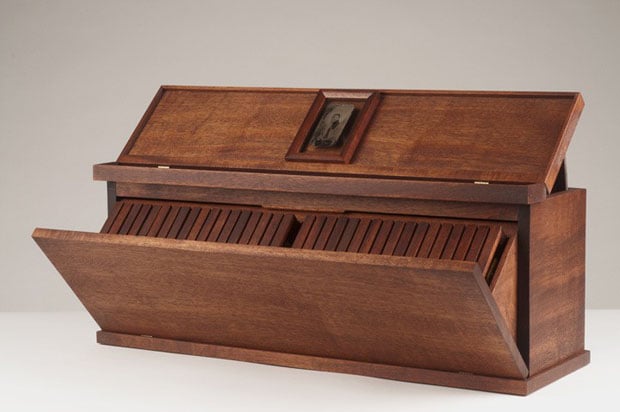 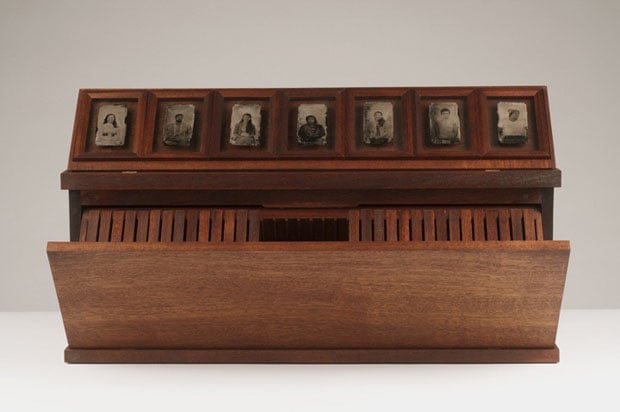 You can find more of Adams’ work over on his personal website.

Does Everybody Get to be a Concert Photographer Now?