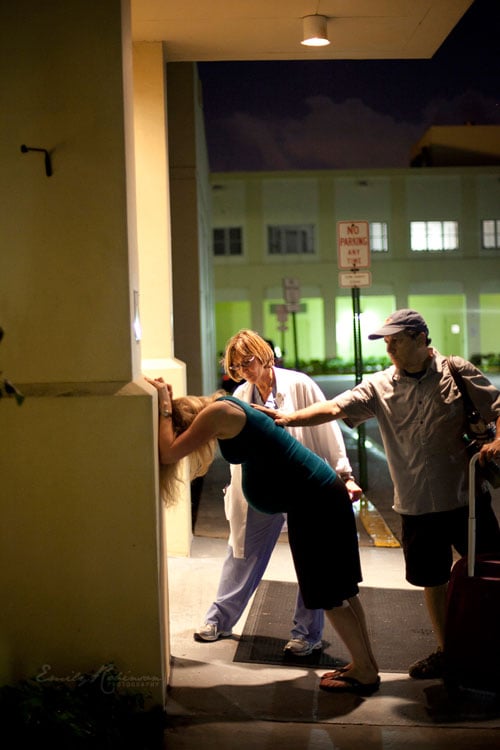 Professional birth photography is a growing niche, as more and more expectant mothers are hiring photographers to document the first first few moments of their new child’s life. Miami, Florida-based photographer Emily Robinson offers birth photography services, and is accustomed to photographing deliveries as they happen in hospitals and homes.


However, she recently found herself working her camera in a location that’s quite different from either of those two places: Robinson captured a delivery in a hospital parking lot. Her beautiful photographs are now going viral online and gaining national attention.

Having learned that Cavaretta had a fast delivery of her first child, Robinson decided to journey with the couple from their house to the hospital as Cavaretta was going into labor.

When the time finally came, things went differently than planned. Cavaretta didn’t make it into Boca Raton Regional Hospital prior to giving birth. After a 25-minute car ride to the hospital, she met midwife Laurie Ross-Berke waiting for them outside and began walking in.

As she approached the parking lot’s sidewalk, she leaned up against a pillar and said, “The baby is coming out.” Her husband then fetched a wheelchair while Ross-Berke held the baby’s head between Cavaretta’s legs. Minutes later, 7-pound 4-ounce Sienna Grace Cavaretta entered the world.

Robinson was there to document the whole thing. The photographer writes,

Dad rounded up a wheelchair and it was the first time I ever saw a mother be wheeled INTO the hospital holding her new baby. Usually that happens a couple of days later, and the wheelchair ride is the way out… 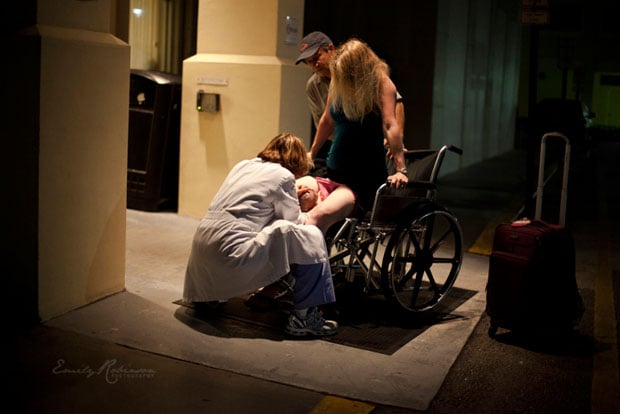 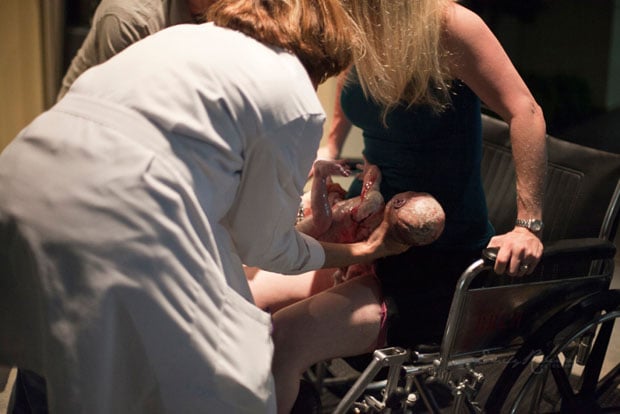 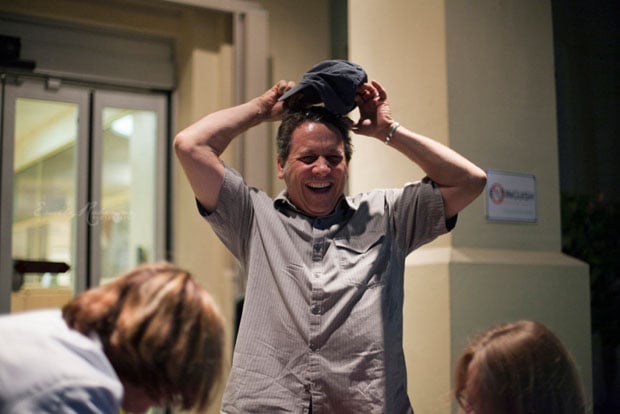 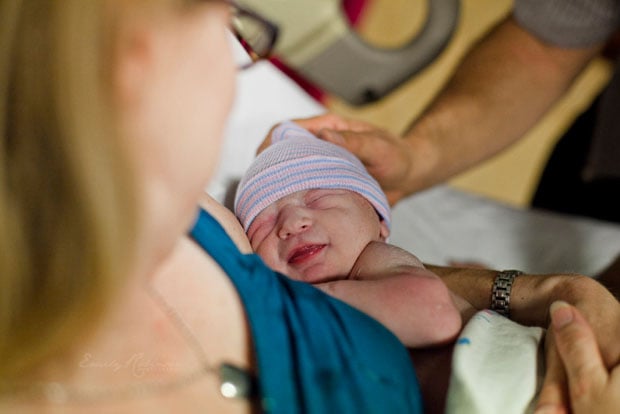 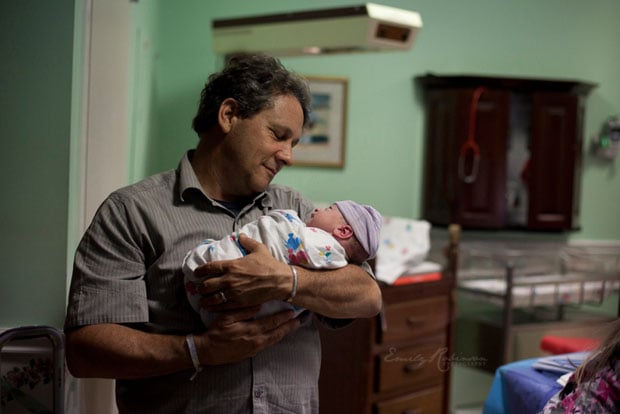 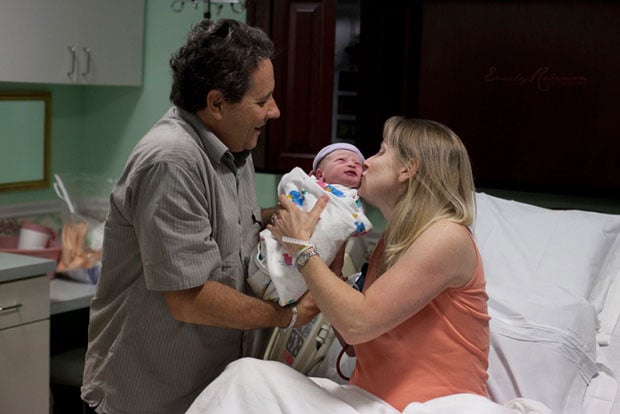 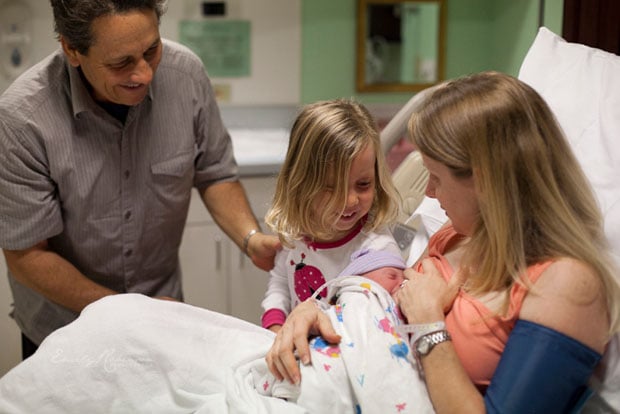 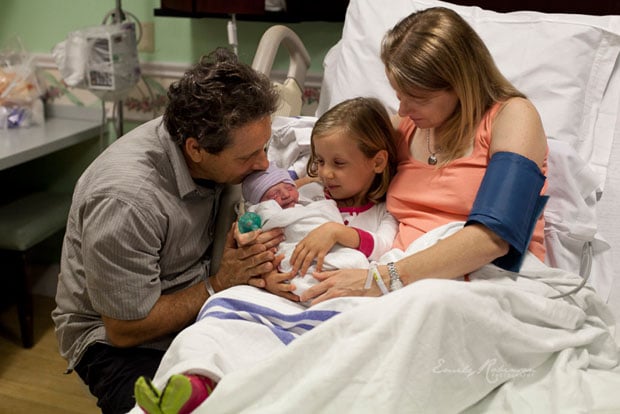 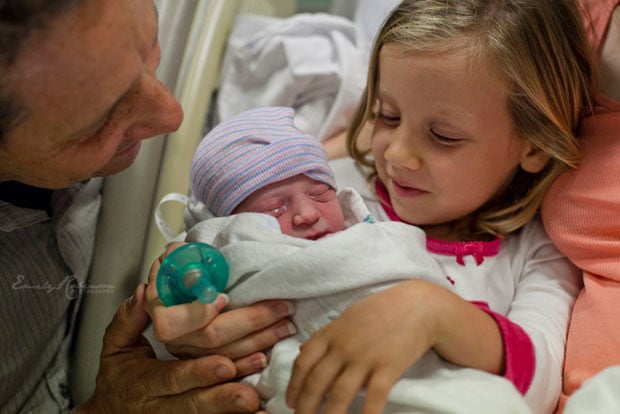 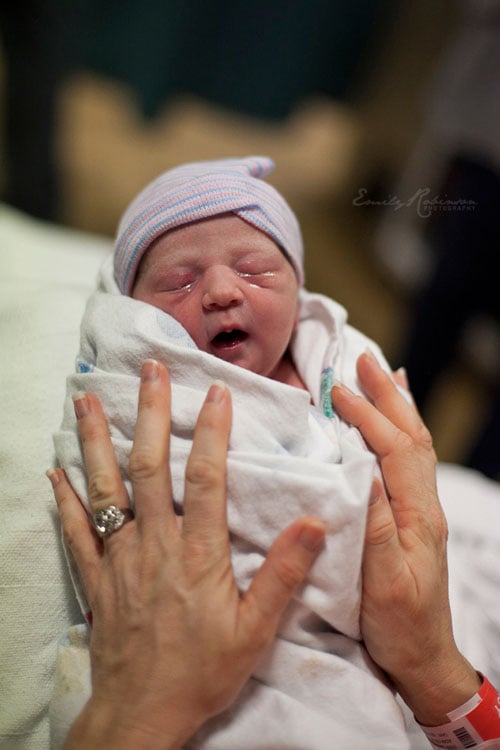 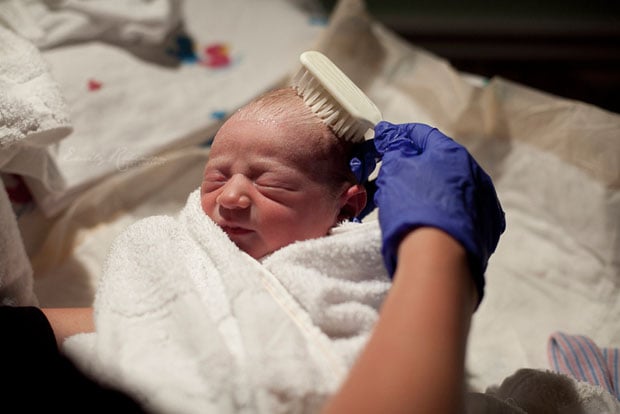 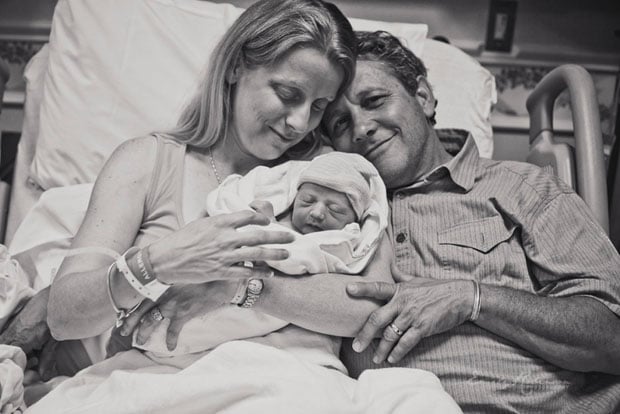 [This] wasn’t the way we would have planned it. I had a fast labor with [first daughter] Sophia, only six hours, we all felt this would go a lot faster … but I didn’t expect it to go this fast.

Robinson’s remarkable series of photographs are now going viral across the Internet and is being reported by publications across the nation.

You can find more of Robinson’s work over on her photography website.

Image credits: Photographs by Emily Robinson and used with permission