To document and celebrate the completion of the tower, the Port Authority of New York and New Jersey decided to fix a GoPro camera to the final spire section as it was hoisted up and installed. With its fisheye lens pointed straight down, the camera managed to capture some crazy footage (shown above) of what it looks like to be hanging 1,776 feet in the air.

Using a crane located high above street level, ironworkers lifted the final two pieces off a temporary work platform on the roof of One WTC and attached them to the previously installed 16 sections of spire. During the installation, ironworkers set and tightened 60 bolts at an altitude of 1,701 feet. 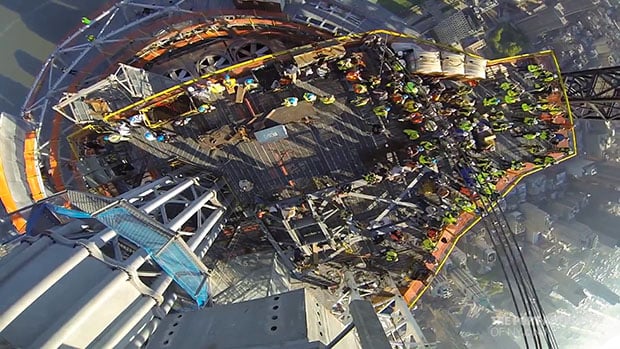 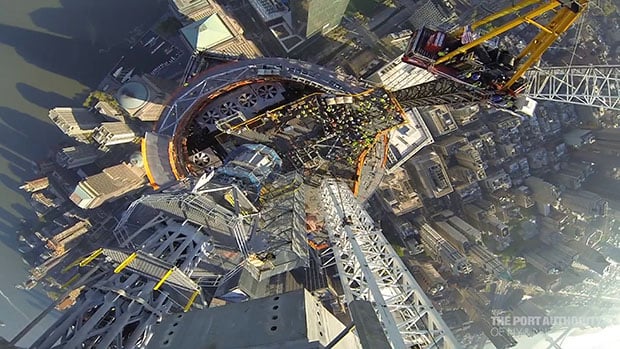 The footage is in real time rather than in time-lapse, so you’ll need to sit through 9 minutes of “action” if you’d like to experience the whole thing. Otherwise, try skipping through the video to see the changing view as the beam is lifted higher and higher.

Here are some other photographs showing the final section being installed: 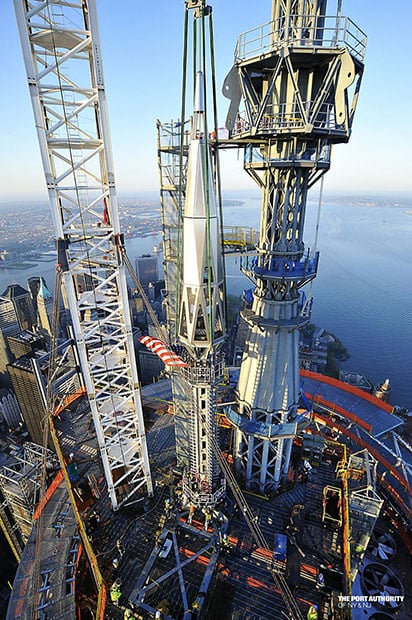 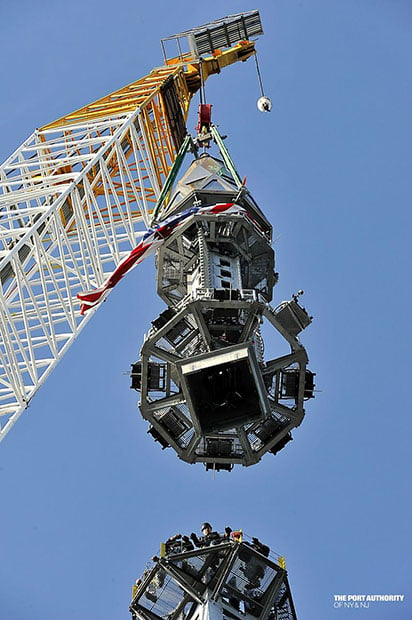 The 104-story skyscraper’s height of 1,776 feet is a symbolic reference to the year of American independence.